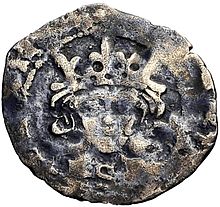 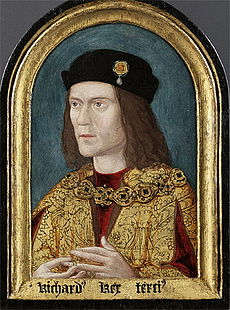 The recent discovery of the body, one find which has impacted on history and announced on this past Monday 4th February 2013 has not solely made remarkable waves in a cultural and heritage sense but has also provided much introspect on the fact that spirit were able to uncover this secret days before and on the last circle held on Thursday of the previous week.

We were in attendance at Northdown trance and physical circle on Thursday and were able to experience spirit sighting and evidence..

It was during the session that those sitting were notified by spirit of the word Plantagenet as this would hold some kind of importance.  An apparition of a King with long hair came in and was seen by the members but not identified.  It was whilst writing the blog that the word was mentioned as one of the events which took place from spirit but as neither of the pictures of Henry 1st or 2nd related to the vision which was seen from spirit that evening the one who visited the sitters could not be properly referenced.  It was on the BBC News on the Monday, just gone, that it was revealed that King Richard III was the last in the Plantagenet reign, the same Royal line which spirit talked of so avidly and more than this when the painting of his features flashed up on the television it was of exactly the same one who had visited circle.  It was then announced in the headline that this King whose whereabouts had not been known of had now been uncovered.

Whilst the news was exceptional, it sent a shock wave through the members as this was no other than the same information which was endeavoured to be given by spirit to the circle days prior.  Quickly the discovery was stated to have been the first of such importance in an age meaning even as tests were being done on the remains the one who spiritually visited the sitters was certain that the body was coming to light and more than this wanted to make the revelation public.  The circle were all reached and notified due to the replication of what had been seen and was now airing live on TV.  As a person he was controversial to the extreme, one who provoked talk, rich discussions and arguments.  King Richard III not just someone who had a defined situation in history but also someone who suffered with the same medical complaint as one of the mediums who was in attendance of the circle that evening.  It may have been this which triggered the link or that the body was close to being brought out to the open but scoliosis which was found to have been a main ailment of the King was also the exact nature of operations undergone by the medium who was included in the proceedings.  King Richard was born on the 2nd October 1452 and sadly passed on the 22 August 1485 and was King of England for two years, from 1483 until his death in 1485 in the Battle of Bosworth Field. He was the last king of the House of York and the last of the notable Plantagenet dynasty. His defeat at Bosworth Field, the decisive battle of the Wars of the Roses, is sometimes referred to as the end of the Middle Ages in England. He is the subject of the play Richard III by William Shakespeare and came to the circle that night to talk of his dynasty, his time on Earth and the fact that soon the world would once again know of his decades in life very differently.

There were two major rebellions against Richard.  August 1485 saw another rebellion against Richard was led by Henry Tudor and his uncle, Jasper Tudor. Henry Tudor who landed in his birthplace, Pembrokeshire, with a small contingent of French troops, and marched through Wales recruiting foot soldiers and skilled archers.  These French connections were made clear in the circle by spirit troops who wore the armour of the day and stood behind some of the sitters.  Richard died during the Battle of Bosworth Field, the last English king to die in battle and the only one to die in battle on English soil since Harold II at the noted Battle of Hastings in 1066.

Because of the difficult circumstances of his accession and consequence of Henry VII’s victory, Richard III’s remains received only a peremptory battlefield burial and were lost for more than five centuries. In 2012, an archaeological excavation was made on a city council car park of all places and on the site once occupied by Greyfriars, Leicester there were investigations into what was buried there. The University of Leicester confirmed on 4 February 2013 the Monday only a short while after King Richard came to circle that a skeleton found in the excavation was, beyond reasonable doubt, that of Richard III, based on a combination of evidence from radiocarbon dating, a comparison with contemporary reports of his appearance, and a investigation of his mitochondrial DNA with two matrilineal descendants of Richard III’s eldest sister, Anne of York.

King Richard apparently did look into spirit based means and according to another tradition, Richard consulted a seer in Leicester before the battle who foretold that “where your spur should strike on the ride into battle, your head shall be broken on the return.” On the ride which he took on into battle his spur struck the bridge stone of BowBridge; legend states that, as his corpse was carried from the battle over the back of a horse, his head struck the same stone and was broken open.

This visitation from spirit not withstanding the energy which must have been needed and the aim means that spirit if wanting to can make the unknown known through the most astounding of ways.  It was as this spirit was seen, as his word of Plantagenet was discussed by the sitters as it was not known then by the members the exact frame for the Kings of the age that a coin was also shown by spirit and one which can now show as one which was another connection to the money used during the King’s life.

The picture is of the King and of a coin which was also seen in the circle on Thursday.  Picture is taken from online encyclopaedia.