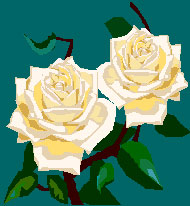 Spiritualism has long been thought of as a mode of physical union with spirit via spiritualist means.  Spiritualism, for me, has been an interesting and diverse experience.  I have never thought of spiritualism as a separate distinct field or category.

Dreams were always vivid and often interpretations of past events and memories which had never occurred for myself but yet of which I somehow had knowledge of and knew about.  At first and from the age of 9 or so I started to experience quite realistic and, at times, intimidating dreams.  Nights became disturbing times when I was anxious and restless.  I was partly afraid of falling asleep because I was unsure of what dreams awaited me.  Dreams with exceptional and unique memories and usually with some kind of message which would wake me and leave me searching the dark for the figures which were often roaming around in the shadows.  At 9 I never felt quite up to taking on any of the half clear presences who were mysterious and occasionally frightening to me.

At school I also found that life was always a step away from everyone else’s seeming normality.  Feelings were ripe and conditional.  I could feel at ease or uncomfortable in different areas and often noticed colours around people.  None of these times were unsettling but they always left me feeling as if there was more in the way of experiences which were happening around us.

At home I had always enjoyed a very close and happy family life.  I was content and took the lights, colours and feelings that I had as being something normal and conventional.  I would often witness other energies or people, that as a child, I would point out but far from it being the scary, spooky experience one might think of, my family just accepted it and whilst it may have appeared as odd or a topic for discussion it was not or ever turned into a frightening stage of life.  I continued to pick up on senses or witnessed scenes, (especially and not surprisingly in museums and schools).  School trips were always fun.  Not in the way you would think of but more in the line of everybody asking me if it was a good thing to venture down the corridor that felt like it had a peculiar cold spot or felt daunting or uninviting.  The tapping and physical movement of the objects around us on a particular trip to Quex Park did not help either.  Slight bump or rattle and everyone would look in my direction.  It was readily accepted in class that I could answer questions about things which scared or daunted people, and I’m still not sure why, because clairvoyance and spirituality was never talked about.  I didn’t event really know what those two words meant.

Far from being a hindrance I think having an element of spirituality actually helped me so much as a child.  I liked to be able to sense things and I enjoyed being able to see the lights, it left me feeling sure and sometimes safe.  At school, having the flickering lights happening around me and the squelching chairs when no one was visibly sitting in them was at first fun but also lead to more serious awe, as you might expect.  The dreams were a problem…and the night time fears due to the things I was waking up to was something which caused distress.  It was at this time that my Mum by chance heard about a close by spiritual circle and I started to uncover some of the true mysteries.

It’s difficult to imagine spirituality as anything but something that helps and offers a lot of inspiring and intriguing possibilities. At first I was extremely reluctant to join a circle; I didn’t know the people and I most certainly did not think that I could do any of the things that were expected of me spiritually.  I was so worried and concerned.  Luckily the circle we went to was friendly, warm and something that you could embrace as much or as little as you wanted and somewhere where you knew where you were.  After joining a spiritual circle I quickly started to see that there was an awful lot of angles and aspects of spiritualism.  Dream was only one part, and something with which after starting to practice, control and ease could be given.  There are so many aspects to spirituality that even a little questioning and exploration can unfold into something intriguing.  It was with a lot of happiness that I started to explore spirituality.

Spirituality has a far different meaning for me now.  Orbs and movement are regular at circle and help to uncover certain aspects.  Since joining our circle, having regular visits to the trance and physical circle from Native American spirits and figures such as (Sitting Bull and Black Eagle) it has been a joy to be able to be a part and able to see some of the mysteries and intriguing incidents of spiritualism.