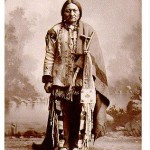 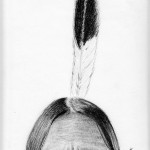 My family and I often visited Stansted Hall which is near Essex and is a much loved spiritual building.  Many people go there to help learn about spirit or to take in healing.  However, on this occasion our visit was special.  Physical and trance circle is a significant part of the teaching which happens at the college and it was during my first lecture there that the subject was about dreams and the lecturer turned to the beautiful acres of green roaming estate land and pointed out the oddly shaped black stones which centred around certain parts of the grounds.  We were told that these stones were not only aesthetically pretty but also that they helped to interpret dreams.  I remember thinking that they were intriguing and then also being told that the stones could not be touched or picked up as they were supposed to stay on Stansted ground.  This was fair enough but I had still felt as though I would have liked to look at one further.  Going home and then in the following circle a spirit visited of Native American decent, he claimed that his name was Rushing river and then proceeded with a message about dreams.  The message was given to the leader of the circle and she was given a message that specifically showed her dreams would be vivid and clear.  In the next few minutes a clattering sound was heard on the floor and in that darkened room everyone watched as something small was dropped into the circle.  When the circle had finished and the light was switched on the floor was examined and a small, black stone was found looking practically exactly like the stone and dream stone that I had seen at Stansted Hall.  This was the happy occasion of our first apport. (* apports are physical things/objects which are helped to manifest through spiritual activity).

Native American spirit Sitting Bull also visited the circle on three separate occasions.  Once having appeared with his headdress and feather.  Once again Stansted shows to have a connection with this energy as only the week before we had received a spiritual message to pick up this one loan feather lying on the ground.  This feather with grey like colouring/ shadowing which was in front of us on the ground (the middle pic) bears a resemblance to that of the feather which, as you will notice, was also seen to be connected with Sitting Bull in this picture (bottom pic).

The picture of Sitting Bull is taken from

See image below at:

See image below at: