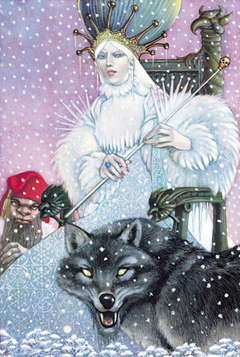 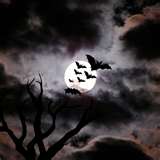 As we are in this month of all Hallows eve and the month for which spiritualism is most known this is an article which just shows a glimpse of the mysticism and phenomenon which this month is famous for.  Halloween is approaching quickly being on October 31st   and it is important to note that this is not simply a festival which has been constructed in contemporary eras.  Dating back to the Celts and Druids the event of Halloween was to honour the rememberance and memory of loved ones who had passed.  Samhain was when it was believed the boundaries between those who had passed and the living was at its thinnest.  Offerings were made with the intents to appease the Gods and ancestral people.

Originating from the Romans Halloween was first invented to act as a festival of parentalia where upon a large feast was held in honour of Pomona.  This was the Goddess of harvest.  The festival shows how vital and significant Halloween was.  Through the ages, past and present, the spiritual aspect of Halloween and this period is clear.  Always mediums feel that at Halloween communing with the other world is far easier.  The plain of existence is said to be far more closely in cohesion with that of the living.  This ancient practice was first, amongst others, started with Necromancy.  The act of attempting to bring answers to difficult questions from the spirits was thought to bring new divinity.

There are specific dates which are seemingly easier to chanel energy.  Integrating communications and channelling ranging from thousands of messages to spirits and to loved ones, to energies to poltergeists or on rare occasions something of different variety on all Hallow’s eve spiritualist events and forms of approach from those who have passed are special and potent.  Here is a brief outline of the actions which have culturally a heritage and are an integral part of this special time; here is a few of them and their purposes:

Trick o Treat – during Samhain it was thought seeing spirits of those who had passed may frighten people so it was developed that food should be an offering.  After time this offering has diversified to meet the age and yet still these offerings are made as a form of treat to the spirits.

Bobbing for apples – this tradition began following the Roman empire when the Goddess of Pomona was upheld and in honour of her apples were treated as respected and symbols for which games should be centred.

Pumpkins – originnating from Ireland children used to carve out root vegetables and light them so that spirits who were confused had somewhere to seek and rest by the candlelight, however over time and in the United States of America it was discovered that the carving out and shaping of a Pumpkin was far easier and more suited.

Dressing up for Halloween – people have worn masks since the Genesis for Samhain and more so when drought or disaster occurred, Druids considered that the wearing of mask could scare away the potential threats and misfortune.  Masks were worn to fool any spirits of curious kind that might make an attempt to take food from people’s houses.

All in all it being a festival of spiritual richness and to be enjoyed as much as Easter or Winter festivities and of course the faithful pumpkin is also the symbol for nourishment as it not only provides the element of visual spooks and spirituality but also after can be enjoyed by many Pumpkin recipes.  Thus the cycle of Harvest and fuel once again takes shape.