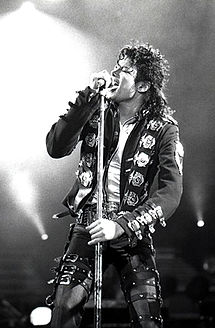 The circle which recently took place portrayed evidence that loved spirits of those who were passionate for something be it film, stage, music or life share a part of themselves in what they do and they do not lose this when they move spirit side.

The circle sits with members engaging with spirit who wish to make an appearance, visit with a message or remind sitters of a day or upcoming event.  Physical trance is vital.

Physical trance can be one of the most important aspects of spiritualism as it enables the sitters to see spirit, materialisation is when spirit will be putting their energy towards visible dimension so sitters can see their form and this might be their face or full outline.

As the sitters, sat and took a moment to prepare, the room fell silent with everyone closing themselves off to anything other than the objective of contacting spirit.  A candle had been alight and on opening the circle the flame started to stretch so long and high it looked as if it was separating from the candle itself.  Spirit were asked to join the evening’s session and as if in response the flame dropped down low almost flickering out.

With mediums in trance, those who were watching saw the candle burst into a sudden bright flame, one of the mediums then with mouth closed began to have a noise come from them, a single word came out of them.  The same word kept repeating and repeating.  The word was MUMMY. 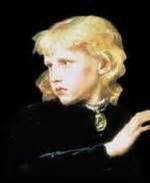 Mummy was being cried and it was from a child voice only as all the sitters tried to find from where the voice was coming out of the only source and where it sounded as if it was being cried out of was the medium in trance.  Only her mouth was not open and the voice was as though a young boy was stretching the syllables out so that the letters were each stressed.  With this being noticed some mediums decided it better to talk with the spirit child and talked about who he could be, one addressing the spirit and saying that we could hear him but no soon as this was verbalised the voice ceased and there was a massive crack along the wall.  Occasionally when this kind of physical auditory event is heard it can be known to be Direct Speech or Vocalisation as spirit attempt speaking from spirit side and when disturbed or leaving from this side to return the cracking which was heard is termed rapport.  Having thanked the energies for what had taken place then another person could be noted but not of those who were sitting and this male wanted to say who he was and that in life he was entertaining. The male spoke up and claimed the name Michael Joseph Jackson August 29, 1958 to June 25, 2009 he in life was an American singer-songwriter, dancer and philanthropist.

The man was dressed in black and white.  Fraction of a minute later mediums saw his image as he stood in the middle of the circle.  His birth day which was not known at the time was only shortly passed and he was still beaming from the celebration which he knew people had held in his honour.  He was pleased to see the sitters and eager to talk on dance which he thought important as a way to make happiness come from and he wanted to thank everyone for the attention they had in life given him and for the remembrance.

The sitting once more waited as quite took hold.  No individual made any movement apart from gentle breathing and it was was not long before another spirit wanted to make himself known.  A man walked into the circle out of the jacket he wore he pulled a white sheet with Justice written on it.  Then he stated the title Rumpole of the B ailey.  The TV series of the same title recognised some of the mediums immediately had memory of the court room drama.  The spirit who gave his reference Reginald Leo McKern AO 16 March 1920 to 23 July 2002 was happy to be known and smiled as the sitters talked about his appearance.

Leo McKern did not stay for a length of time but once he gave his name and tipped his bowler hat allowed those to see him then left.

It was later investigated 1 September 1980 was when the first showing of Rumpole of the B ailey was indicated as to having been on television.  Only a few days prior to the circle would have been the anniversary.

Leo Mckern wanted to be present in the sitting along side the TV show.

As in any passion or occupation individuals feel they have a link to, if they still enjoy the thrill and the job was something which ran in their blood they often want from spirit a chance to come and talk of it once more.  The mediums were pleased to see the acts.

The circle then were able to depict another child spirit.  With a little cry it was notable that another energy had joined the evening’s sitting and the medium’s turned to the other side of the room where a little boy was seen.  His hair showed more than anything.  It is not known if this was the same who had spoken out with the word Mummy earlier but the little boy was there and seen for a few minutes.  What is significant is that he came to the people with a regal stance and apparel.  He was wanting August to be linked to the sighting and so with this information it is felt he was Richard of Shrewsbury, 1st Duke of York, Duke of Norfolk and Earl of Norfolk, Earl Marshal 17 August 1473 to ?1483.

The person he was standing close to and practically touching after the circle disclosed that her birthday was exactly the same as what was found out to be the one of Richard of Shrewsbury.  The Prince was seen boldly over his image that night and the Richard of Shrewsbury was also labelled one prince in the tower due to the historical stories around his life.  It is strange his birth day should coincide with that of the sitter and once again not concluded if this was why he was seen close to her or if he just wanted to be there because he felt comfortable.  What can be definite is the Direct speech he used in stating the Mummy everyone could register with his sound remarkably endearing.

The rapport mentioned earlier is a class of noise made by spirit on departing or landing their energy when moving from one location to another.

Pictures are of Leo McKern, Michael Jackson and Richard Duke of York.  Pictures are taken from online encyclopaedia.