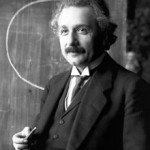 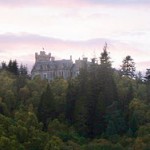 Attended the Northdown trance and physical circle on the 2nd August 2012, it was with a considerable amount of preparation in addressing spirit and arranging the items in the sitting that the members gathered and each sat.  It was within the first few moments of the circle being opened by the leader, that the trance began and spirit voices started to fill the room.  It was, at first stage noticeable that a female energy had joined, she started to verbalise the life she once knew, with attentive depiction of parks where she used to walk, and events in her life that she loved.  It is after researching and looking into the name she helped to give; that it is believed she is the lady of Carbisdale Castle.

Carbisdale Castle was built in Scotland and in 1906 was given in a will to the Doweger Countess of Granville.  A residence in Scotland, England it is an insightful and imposing building.  One residence which proved to be as full with history and rich internal feuds.  In circle it was soon evident that a female spirit wanted to make her presence felt.  With the words of Countess of Granville, and a host of information, the lady showed her title.  It was wondered at the time why this was the first informative clue she wanted to give to the gathered circle but it was later established and used as a vital part of finding out who and where she was.  In circle an important angle of the sitting is establishing and validating spirit.  The spirit in sitting was able to show evidence as to where in England she used to live.  Madia Vale and Finchley in London.  These two names came in, when she spoke, referenced as two individual geographical names and it was closest to these defined names where she used to walk in the parks.  Her attitude towards circle was warm and she wanted to include everyone in her speech.  The greeting she gave opened with the words “Good evening my Darlings, I would like to speak to you a little of my initial life.”  Her depiction of where she used to like to be and then her words started to light up a little on where she was from.  Her spirit was seen by several members, a lady who walked around and within the position of the sitters.  Facially, her features could be seen and her style of clothing was also clear.  Happy to inform everyone on the name Granville and then the titles; it became evident she was supplying information on something important.  It was after the sitting that it was found out that Carbisdale Castle was her home, the building of where she was resident in life; and that London was a city where she was forced to reside on the will of the family of her deceased hsusband.  The areas of which mentioned in circle by spirits were in fact in possible proximity to where she was made to stay for a number of days due to the accusation that the castle should not be in her possesion.  The castle, it is a hidden away part of a nation’s heritage.  Inside: The statues which highlight the historic splendour of the hallways but hide the entryway to the concealed floors.  The building is one prone to much speculation.  The evening and the circle watched as the lady in spirit walked, another spirit was too easy to see and he was dressed in a robe which distinctively covered his head; his face was not seen by the sitters but as he moved around he partially could be seen from underneath his hood.  The gardener, after researching the name of Carbis dale, was apparently one who wore hooded clothing, was never prone to showing more than a tiny portion of his face.  It was due to the kidnapping of his 15 year old daughter that this gardener was on a mission to try to locate her.  His spirit is often seen wearing this same clothing and it is usually with a hidden covering over his head.  Sutherland is the name of the family who blamed the Countess for taking possession of the family home and it was on their say so that she spent days in captive repose and from what is gathered potentially close to the names which were mentioned by spirit.

The spirit who graced the circle was one who was to give reference not only to where she lived but also to a time in her life when there would have been much fraught emotion.  Often spirit retain memory over events that have been memorable for a reason. It does seem as if the Countess wanted to speak not just of the home which came up as a point of contention but also as an instigator for her having to come to London.  The gardener too was in an unsettled state; his spirit seeking out his daughter and it was in this same image that he came to show himself to the sitting.  It is worth stating that even though many miles separate the home in which both these people lived in life, and the gathering of the mediums on the evening of the 2nd of August; it was still there which the spirits chose to come through and validate their presences… Another point to consider being that just as their appearance and mode by which they have been seen was noted down under the terms as Hauntings on information given about the site; they came in the same physical form to that which has been reported by many tourists and this does appear to provide another form of validations.  The circle was warm, many sitters felt only a difference in temperatures on their backs.  This icy cool breeze which indicated that spirit were about to bring through a new person.  It was then that Constable’s name was shown and unbeknown to the circular seating arrangement of the members, spiritual individuals were allowed to sit on the two empty chairs and were seen and clairvoyantly referenced.

Dick Emery’s name was provided.  A comedy entertainer who passed in 1984 and it was at that point that the unlikely link to the two people were brought together by spirit.  One was a well known painter and artist: a man who was known to have been someone who painted from the soul and stated that “painting was another form of feeling” to a comedian: a man who used colour and the medium of art to portray his identity.  Both were a world apart in the fields of art they chose to work in and yet they both possessed a likeness through the common ground of the fact that they spiritually lifted people’s hearts through a chosen method of artistic lisence.

In the circle the spiritual active presences were felt.  The sounds in the room were that of an odd clicking which started in one corner of the room and seemed to flow round, it also would start up when anybody spoke.  The lights too were brought to a stand still by spirit.  The room which started out in a low lighting was pitched into darkness as the spirits who were active in the circle manipulated the switch at the back of the red box.  The lighting is something which is likened by spirit to an easy physical object to move as they often touch the switch at the rear of the box when a name is stated or information is given to the sitting.

Albert Einstein; (14 March 1879 – 18 April 1955) was the next to be seen in circle.  He was a German-born theoretical physicist who developed the general theory of relativity, effecting a revolution in physics. For this achievement alone, Einstein is often regarded as the father of modern physics and the most influential physicist of the 20th century. While he can be best known for his mass–energy equivalence formula E = mc2 (which has been dubbed “the world’s most famous equation”), he received the 1921 Nobel Prize in Physics “for his services to theoretical physics, and especially for his discovery of the laws;  the latter was pivotal in establishing quantum theory within physics.

It was as the circle progressed that it could be seen this man was energetic in spirit.  His energies close to one of the sitters was visible.  He was seen in his early  years and spotted close to the corner of the room.  Near the beginning of his career, Einstein thought that Newtonian mechanics was no longer enough to reconcile the laws of classical mechanics with the laws of the electromagnetic field. This led to the development of his special theory around and also noted of relativity. He realized, however, that the principle of relativity could also be extended to the gravitational fields, and with his subsequent theory of gravitation in 1916, he published a paper on the general theory of relativity. In the circle he was smiling.  He continued to deal with problems of statistical mechanics and quantum theory, which led to his explanations of particle theory and the motion of molecules. He also investigated the thermal properties of light which laid the foundation of the photon theory of light. In 1917, Einstein applied the general theory of relativity to model the structure of the universe as a whole.

The four spirits who supplied notable examples of their heritage all divulged a personal account of their life.  The clairvoyance which was exhibited not only matched with pictures later seen of people but as spirit were seen certain sounds also accompanied them.  The room took on a misty look with a wet substance that could be felt on member’s faces.  It is believed that this visible cloudy net is one which is made by spirit and used in prior moment before materialisation.

During the circle whenever spirit was evidenced, they were first either sensed or could be picked up by sighting, sound or physical.  The main activity which was seen by the members were:

– The blue dotted floating spheres; these are thought to be spirit manifestation (only an early form of presence)

A floating hand and arm was seen by three members of the circle’s assembly at the same time and this was all in one corner of the room,

Towards the closing minutes of the evening, a kick and rocking began to start up against everyone’s chairs, the first stirring was noticed as a sound of astonishment came when one person’s leg was touched by something and then a force as if someone approached and moved in across the person was felt, the next person sitting also almost one beat later felt similar experiences and then the other sitters all felt their chairs shake and dropping sensations.

The evening was drawn to an end and the information was all stored ready to be collated.

The pics are of  the home of the Countess and Einstein.

NB: The Northdown trance and physicals meet and investigation kept and hosted on Thursday evenings will be taking a short Summer holiday.  The news here on spiritual on goings will be kept up to date.