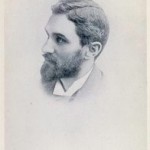 Attended the Northdown trance and physical circle on the 19/12/11.  We are both pleased and content to announce the proceedings of our circle.  This was to be our last sitting before Christmas break.  It was with a sense towards this that we prepared for the sitting.  The objects in the room were only the table but with two trumpets, crystal ball and ring on top.  The members took their seats, the overhead light was turned off and the red light switched on.  The members began the light drumming and the leader opened.

At first, the circle seemed too bright.  Even though the red light setting was the same it was somehow brighter, so the red light was switched to low.  The members all began to drop lower in their sense of consciousness.  It was not too long before it was fretted about that the mist which usually comes did not seem to be with us, it was as this was said that the red light was lowered and then marvellousl y in the dark the white mist formed and we were able to see the particles and the thick substance.  It was around this moment that for a fractional time I was able to see Emma Britten who just looked pleased and then without a word left.  Unbeknown to us it was going to be a pleasing sitting for everyone.

It was with the onset of the dark calm atmosphere that the first physical took shape.  Small orbs flashed.  It was then that the first spirit started to speak to circle.  It was with a few words on the festive season.  The spiritual energy wanted to say that it was with a split in time and atmosphere that spirit still came and wanted to state that they knew it was Christmas and that everyone had partook in the festival, they wanted to say merry christmas.  The spirit went forward with a speech on time and its difference.  It could be that a person like Sai Baba or a spiritual persona is seen in more than one place, and how can this be.  Well, the spirit, answered the question the time being differed in a distorted angle it was easy for numerous circles to be able to see the same spirit.

The room felt cold.  But it was a damp feeling which dripped on to the skin.  Despite the radiator being on people still felt such a temperature jump.  Green seemed to overshadow certain members; shadows also grew in features and places where they were not expected.

The spiritual presence seemed to grow.  A lot of hustle and activity.  Some members could feel their knees being tap ped.  One of the trumpets also glowed green.

The next spirit to approach the circle gave a name of Thundercloud.  This entity ws keen to talk of greetings of the seanson.  The spirit said he was a chief.

Names of places seem ed to come fast.  A lot of information regarding Tankerton and Stourbridge.  At the time just the places were shown then the name of Peter and Cushing.  Following this more information and specifically Tankerton was shown.

The circle felt a heavy atmosphere.  All members could feel that energy had shifted.  A number of Native American gentlemen approached the circle and as they walked past one member, that sitter felt an extreme heat radiate over his feet.  Almost as if a log fire had been lit, it was somewhat close to what the earlier Native American chief had said about a fire being lit and trying to feel the heat.

Now, as mentioned Peter Cushing came through as a name; and then the place name Tankerton was mentioned.  Following a search it can be stated that the tea rooms where Peter Cushing went and was notoriously seen to witness his wife’s spirit holds a regatta in honour of him in and on the slopes of Tankerton.  Stourbridge was also referenced and thus this also was importantly a connectable factor as Stourbridge was where a number of rare films from him have been shown recently.

There was a deep sense of activity.  Lights were flashed across the sitter who had been with chief Thunderclo ud and they looked like flashes of lightening.  There was movement in the chairs.  And more specifically the sitters felt vibrations coming from the seats.  One seat was felt as if it was being tipped up.

The green colour was prominent.  Somewhat shown over one side of the room the next spirit to come through was known to one of the mediums as a spirit who wore green and loved the colour.

It was after this that the circle deepened.  A female energy was seen likened to that of Marilyn Monroe.  The female energy went further and started to talk of films, names and posters she was proud of.  Then the link showed more information on Princess Diana.  Another medium started to see her and then began to talk of her in a white dress.  A perfume smell spread round the circle.

It is intriguing to note that Sir Elton John wrote Goodbye Engl and’s Rose for the passing of Princess Diana which was a revision of the Candle in the Wind which after looking into was intended and made for Marilyn  Monroe.

The presence of both energies together was both happy and similarities were brought through their looks.

The circle was locked in what was a scene from the Egyptian era with the most wondrous symbols and Pharaohs.  Each member showed a symbol which was apparent over their seats.  There was a triangle, a cross above one sitter and a new moon, an equal sign also presented.

Next, the name of Pentonville was shown.  At the time just the name was apparent.  Along with this the sense of a male energy and a sadness.  Following this the same medium felt something on their face.  A somewhat strong darkness was shown up.  There was a link as one of the other mediums and lead er looked up and mentioned the date 3rd August.  Alongside this the name of Roger came up.  The circle was collective in their experience of light fluctuation as the messages were given the red light was dipped lowered and moved. There was also sounds of objects being dropped.

After research on Pentonville as a prison it was constructed in 1842 and was not supposed to be a place for execution, however after Newgate closed the prisoners who were to be punished in such  a way were brought over to Pentonville and more particularly on the 3rd August a Roger Casement, Irish faith gentleman was hanged on the grounds of Pentonville and his remains not let out until 1965.  This not only showed that the gentleman who had such a faith to expose the atrocities and crimes of certain times was punished in such a sad way but also exposed the cruel unfair attitudes.

Roger Casement had been arrested in 1916 for supposed crimes againsta country.  Sir Arthur Conan Doyle had pleaded for his release.  However it was not to be and he was hanged in 1916.  As a person he was consul for Britain.  Very anti-slavery he had tried to prove the cruel intentions for a nation; it seems as if just for endevouring in service to show what was happening, this person was deemed unworthy.  Sir Roger Casement had also been stripped of his title.

The circle was collective in their experience of light fluctuation. There was also sounds of objects being moved.

Next, the circle were witness Black Eagle approached the circle and spoke.  Pleased with the progress of circle, he talked of Christmas.  Delighted with the achievements so far, he thanked and remembered certain specific moments and talked of how the New Year would be a good one.

The circle felt a move in the momentum as the sitting was drawn to an end.  The objects were checked and a small piece of paper with tiny german words was found.  The piece of paper also contained English script.  The scrap was in the shape of a moon.  It was in a crecent shape.  Somewhat reminiscent of the shape that was seen earlier in symbols.  The circle was left with a feeling of an exceptional insight.

Albert Finny was shown.  The name was mentioned and also Tyne Wear.  After research it can be stated that Albert Finney is an actor and was in the film which was shot and set in Tyne and Wear.

Pictures are of Peter Cushing, Princess Diana and Roger Casement.