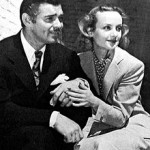 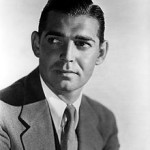 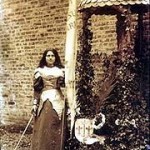 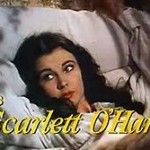 Attended the Northdown trance and physical circle on the 30th January 2012.  As per necessary the curtains were tightly drawn and pegged, the door was ensured closed and the red light was switched on.  The items on the table were the two trumpets and the ring.  Two items were placed on the floor and they were the crystal ball to one side of the room and the Abacus.

The circle words were said and the member with the drum began his piece, the trance started and the first spirit started to talk to the circle of love and the fact that sometimes they liked to sit and observe.  It was not long before everyone had gone deep into trance.  It was at this time that a coldness started.  The circle felt chilly, and the first spirit who tried to communicate with circle, also referenced this cold.  Another medium also started to stir, it was then that a spirit started to speak.  Native American in look and voice, the words were deep and gentle.  The spirit sat hunched.  Gathered around a camp fire, the spirit spoke about the warmth and that the people were going to experience a coldness for the next few hours.  Blankets may be needed.  The spirit spoke of the pipe of Peace that he was passing around the circle for everyone to partake of, it was to help sort out small disputes and larger problems.

The air in the circle was strange.  It felt and smelt smoky.  Next, the spirit to talk, was a person who wished to speak about the levels of spirit.  It was almost as if even spirits could not see each other properly if they were not on the right level.  Consciousness was very pertinent to awareness.  It was after this was said that a lethergy also affected the members in the circle.  Tiredness and waves of trance symptoms putting members to sleep.  Specific spirits who were habiting a specific level were helping the sitting.

The flashes of light were stunning.  Blue, green and little orbs pulsating.  It was on top of the table that they were seen and then a movement of them over to the side.  It was also on the stereo where a red light was left on; this red light turned from red to a new colour.  The new colour was green.

A number of personal messages were given.  The darkness in the circle also shifted and grew darker in places.  Faces were blanked out.  It looked to the circle hard for one member to see the other’s face.

The sitters all watched as the red light switched itself higher and then lower on its setting.  Consequently the room was awash with glow or shadow.  It should be mentioned that these light physical s went on after messages were given.

Next, two people were seen.  A very stunning lady who stood in front of one member and indicated a chair to which she highlighted there being someone sitting on it.  When the medium looked they saw a gentleman with small moustache.  Clark Gable was mentioned in the circle.  There was also indication of birthday celebrations; after research it can be mentioned that it is Clark Gable’s birthday on the 1st Febuary.  This is only two days after the circle.

Next, it is also vital to mention with the lady who showed Clark Gable, Rudyard Kipling came through.  After research it is shown that not only did Vivien Leigh, whose name only Vivien was brought into circle match but she also was an avid partaker of the writing of Rudyard Kipling.  It should be indicated that the following series of information was given by various sitters of which all sat in the circle.  The first, of France, two people were seen.  Two ladies and particularly one medium mentioned the name Joan D’arc, it was after this that holy symbols were seen.  Many nuns were noticed, the appartition followed by a girl who was seen with the name Saint Theresa, also a native American girl who spoke of her age her wisdom coming to her at the age of 15.  It can now after research be shown that Saint Theresa is linked with Joan D’arc as she thought of her as a heroine, also they are compared and have been given a specific date in rememberance and is significant to France; it should also be mentioned that Saint Theresa entered her spiritual voyage at the age of 15.

The following moments were exciting.  The name of Margery Kemp was given.  No more information that that, after research it can be stated that Margery Kempe was a Medieval Mystic and renowned for her written spiritual path.  Trying to improve the conditions of women, despite her being in chains and thought of as outcast she tried to help the emancipation and freedom of women.  Her being in chains refers to the fact that after childbirth Margery Kempe was considered ill and mentally not capable of being left without care and for a while restrictions with chains.  Chains were seen in the circle just prior to the name and reference of Margery Kempe.  It should also be noted that after research Margery and Saint Theresa both unite in their heart felt love for autobiography.

Latin words were seen in circle.  It is uncanny to know that after research Kempe’s was the first piece of autobiography to be written supposedly in English during 1300s.  She was a visionary and profound mystic.

It is also worth mentioning here that the colours in the sitting were vivid.  The light glowing.  The glow near to the seats in circle.

The air was still when a few of the mediums all noted the being in circle of a galley boy called Jay Harper.  Once again the chains were seen as he was punished for helping someone on to the ship.  The name Whiltshire was mentioned and the date was back to the shiping of the post Medieval time.  The research shows only that Whiltshire council has records which go back to the designated time but do not show records of ships.

The gathered native clan were grouped together in ceremony.  The ceremony was part of an event which they talked of as having to help the party of rememberance and aid.

Please read on for a small piece and reference to why this partiular vision in circle and physical event was so evidencial.

Saint theresa is known for being there and present to help with people who feel a particular loneliness of frightened feeling.  We can be witness to this as a friend of ours who was suffering with a confused mind and the onset of Altzimers was staying in a place which was supposed to care for her but still at the end of the day it was not truly her home, we would regularly visit this person and even though she did not know many people she always knew us and would remember things, it was on this day that we were so upset for her and particularly my Mum was thinking about how we could help her to get back to feeling better and reuniting her with her little dog, it was at this time that as we sat talking to her a card came up in her hand and from nowhere we could explain.  We asked her how it had come into her hand.  It was a picture of Saint Theresa.  🙂  It brought so much comfort and gave us an answer that our worries had been noted and that Saint Theresa was going to help our friend.