Every morning, bright and early Rob Rabbit would be heard to say,

“It’s time to wake up, get up and learn about the news of today.”

Little Rob Rabbit Jr. hardly knew why there was such a to do, 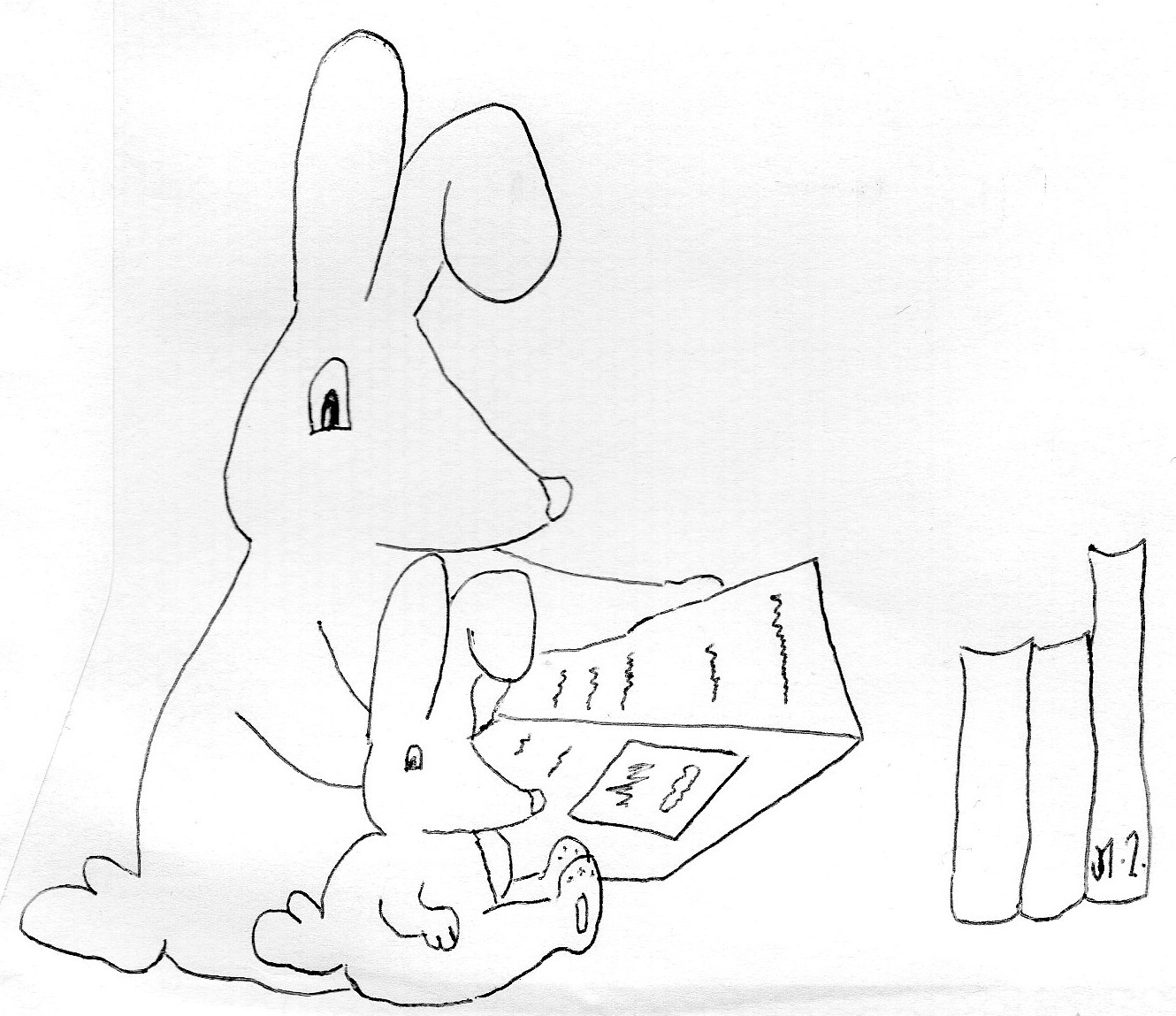 at that time in the morning snugged into his bed, dreaming was all he knew.

Each morning Rob Rabbit took up the newspaper with pride,

his excitement was a most difficult emotion for him to hide.

There were too many letters for Rob Rabbit Jr. to like,

reading was for older rabbits, he felt he should be doing something fun like riding his bike.

“To read a newspaper and find out the facts was the only way to start the day!”

It had become a bit of a sore point for the Rabbit father and son,

the newspaper debate in the morning was not an argument easily won.

Rob Rabbit had all but given up his attempt to excite his son when one day,

Little Rob Rabbit Jr.’s eyes towards the newspaper did stray.

It wasn’t the headline on the front that caught his eye,

it was the picture about the local bunnies’ football match that got from him a longing sigh.

From that point on it was a truth well known that Rabbit father and son,

would share the newspaper as both with the argument were done.

Rob Rabbit would use the newspaper for all the local news and theatre acts,

while little Rob Rabbit Jr. would scan for all the pictures of football and game facts.

A newspaper had given both Rob Rabbit and his son,

a timely moment in the morning for each to read and have their own fun.

Rob Rabbit Jr. had become a member of his local football team,

all because of a newspaper that at first had a bit tiresome seemed.