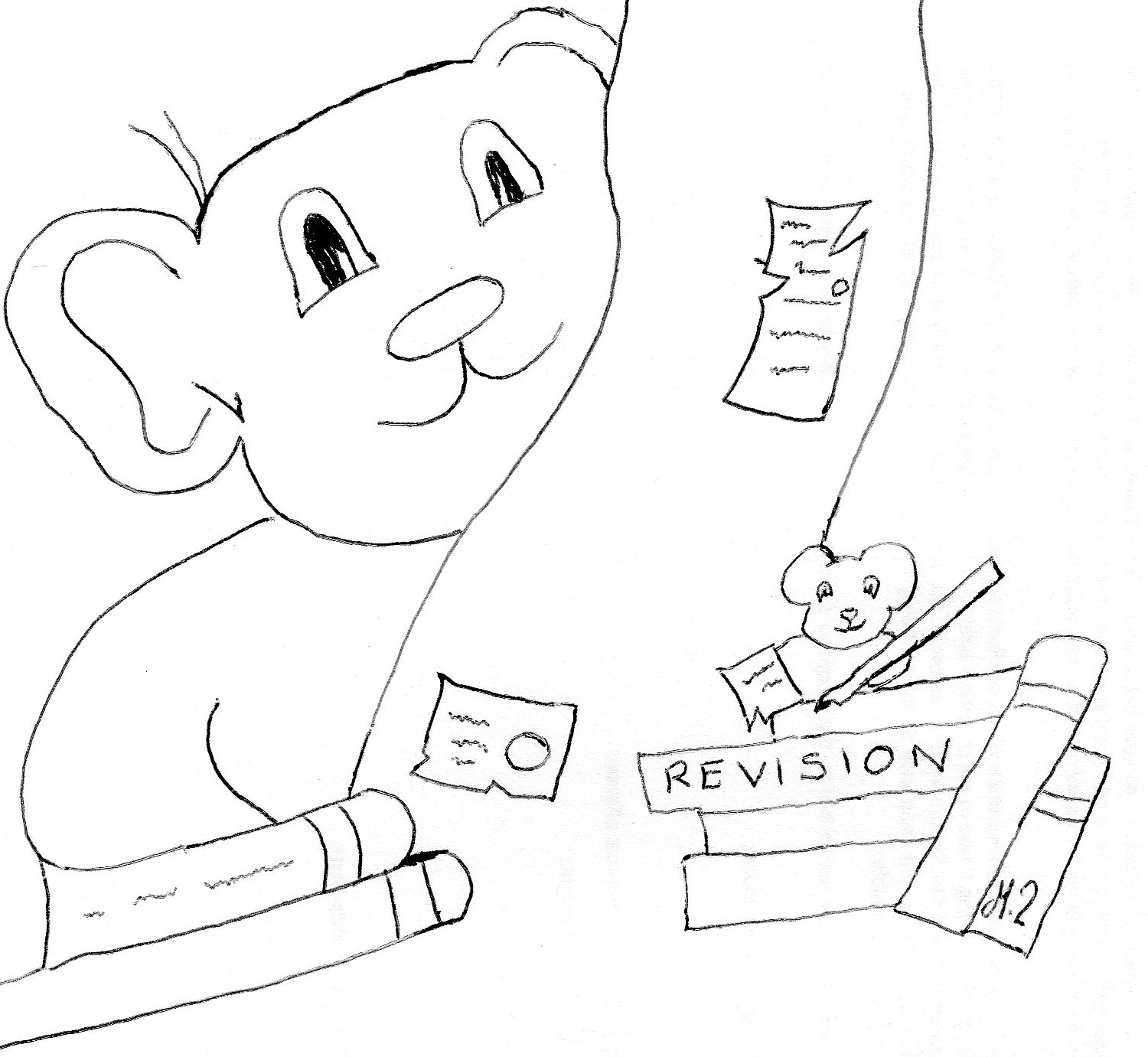 New One had started school,

it had been fun at first but he now felt a bit of a fool.

You see, at school one had to take it slow,

but after a number of lessons then it was time to show,

what had been learnt from the lessons in class,

and it was expected for one their exams to pass.

New One had such a problem task,

he had a little test coming and had forgotten to ask,

what was the way for an exam to prepare,

instead he had piled up the books, sat and at the wording he did stare.

New One had thought he could handle it and do it his way,

but that plan had left him many days of play and all his revision was set for only one day.

When one has a problem it is always easier to share,

one worry can be halved and solved when someone shows that they care.

New One could not work out how his revision to prepare,

but his friend Mouse stepped in to halve the problem and the work he did share.

An idea he had about notes to make,

quickly through the books the pair did take,

all the information in tiny bits, note them they did and it was easy to flick,

through all the post its as they in New One’s knowledge easily did stick.

Come the day, all the revision worked its trick,

for New One instead of being nervously sick, he wrote his answers as the clock did tick.

New One his exam he did pass and it was all a mighty success,

he had learnt from the notes off by heart and did not have at all his knowledge to press.

A few hours of a problem resolved with a friend,

had aided in more ways than he did know and the situation of his exam did easily mend.