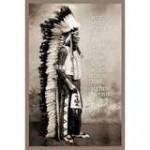 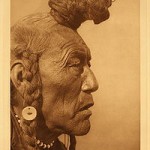 Memories of the past you keep, fragments of the soul you seek; this line was shown in circle and explained that even though we keep a strong hold on the material aspects and items for the ones we love, their sense of love is what keeps their memories going.

Attended the Northdown trance and physical circle on the 31/08/11; this was about to be a wonderful circle and one which provided a different and brilliant experience.  As per requirements the curtains were tightly pegged and drawn so that no light could enter the room, the door was ensured closed, the sitters took their seats and the lights were switched off.  With the red light turned on, so that this would be the only light source in the dimly lit room, all the items were checked and their positions noted.

On the table were the two trumpets, a ring, a crystal ball, a toy car, tub of sweets and small doll; under the table was placed a wind mill toy facing the door, a paper and pencil, native American mask, two larger dolls and in the far corner was placed an abacus.  On this occasion one of the sitters also brought in an aboriginal tapestry which was placed on the one empty seat which was left in the circle.

After all the items within the room had been checked, the room was noted to be dark; the opening words were read out.  The drumming tailed off and the sitters went down into trance. There was a general feeling of excitement which suddenly seemed to dissipate into the room and along with this an icy cold feeling which effected particular parts of the body.  Several of the sitters felt their arms and legs go tingly and then the misty cloudy like veil ebbed into the room.  This coldness was accompanied by a series of taps which were defined and cracked along and up the walls.  It was after the first few taps were heard that one of the sitters started to open their mouth and spirit addressed the group.  A male energy wanted to speak to the circle and particularly inform about the light phenomenon which was about to take place.  The spirit stated that he wanted to draw the circle’s attention, to help to take notice of the light phenomenon and also that a loved one was going to be present for each member of the circle that evening.  It was asked for the sitters to please think and concentrate on a loved one and to look out for the phenomenon which was to occur.

Following this the cool breeze brushed past the sitters legs and orbs started to flash.  Small blue rounds of light sparkled in the dark room.  It was noticed that the room grew particularly shadowy, one corner of the room and over the empty seat it was as if the light had reduced.  The orbs also increased so that practically all the room was shown clusters of small coloured light.  The lights also seemed to show over the sitter for which a message started to come through.  A clairvoyant image and name of loved people were given for each of the sitters and then white lights started to flash in the room.  The sitter on the other side of the room described a hot feeling which seemed to overtake the left side of his body and then a strange pin pricking sensation started to affect two of the other sitters.

As this physical was starting to take place the next sitter opened their mouth and spirit guide started to address circle.  The guide was keen to talk of how close a person can come to the spirit world when they neared sleep; the spirit wanted to address the temperature which seemed to be affecting the room.  He talked of the fact the temperature was a good scientific proof of spiritual essence, he spoke of a test which had been carried out by people involving a bowl of hot water and a bowl of cold water and how the element could be transfigured.  Talking of guides and when approaching the medium they have the effect to show a cold atmosphere and some guides a warmer atmosphere.  Every medium has a number of guides but there is one specific guide which is born to help to protect them.  There are many guides and a specific spirit which helps to participate in physical action.  The spirit wanted to talk of brain functions.  People only use a small part of their brain and how scientifically this has been proven in your newspapers by reporting on a twelve year old boy who had no brain but just a stem and yet through this he could perform maths and tasks which every other child could take on.  Scientifically it has been proven that the brain does not act as responsible for everything that one can do, as this boy with no whole brain could still perform functions and showed brilliant capabilities.

After the spirit finished addressing the circle a few odd popping sounds could be heard next to the sitters.  There was also a snuffling sound which could not be explained as coming from anything in the room and then following this, a plopping almost thudding noise as something was dropped on to the floor twice.  An itching also started on the sitters faces.  This feeling started off slowly and then seemed to go upwards on the face.

The clairvoyant images were beautiful, several times image could be seen and starlings, swallows and other birds made an entrance into the middle of the circle.  Birds were thought to be bringers of messages.  Smells and sounds seemed to go round the circle so that everyone in turn could appreciate different phenomenon.  Then, quite beautifully the messages and line up from loved fellows began to affect the circle.  Many small lights could be seen and then the sound of a door could be heard.

The door was also seen in the crystal ball along with images which correlated with messages.  Native American figures also started to collate within the circle about half way through the session.  The shadows grew and Crow woman once again appeared, along with the names of the following figures:

These energies were clairvoyantly seen and the image of a totem pole and wood accompanied the sight.  The term of medicine also came alongside White Cloud and the geographical locator of Canada.  Please read below for fuller explanation of who these figures were and how they related to being in the circle.

It was the red light which seemed to flicker along with the presence of the Native American energies.  After each statement and words from the assembled group the red light would flicker in response.  The chair of one of the sitters also seemed to move and felt light.  At one point as the taps once again started on the wall, the same chair also rocked from side to side.

The closing words to the circle were read and as thanks were given the light was switched on.  The items were checked and it was seen that the small doll had moved and the wind mill toy which had started off facing the door was now facing in a different direction.

The chair with the aboriginal tapestry on now also faced the room in a new position.

As promised by the first spirit who spoke to circle every member had messages from a loved one and moreover spirits were seen of relatives and loved people standing next to every member of circle.  This brought a happy and party like atmosphere as members were invited by spirit to join by playing various instruments and the music cd started to become louder and quieter as the members played.

White Cloud was an important native American of the Ho-Chunk (Winnebago) and Sauk tribes, also known as a medical man among his tribe; he played the key role of the Black Hawk War of 1832.  Wabokieshiek (translated as white cloud, White Sky light in English).  The elements of medicinal help were important to White Cloud.  White cloud was also seen to stand next to Black Eagle, who is the spirit guide for the Northdown circle, and bring through his help in this aspect.

Black foot refers to the native American tribe in Canada Montana.  The successful warriors had an expansion which reached from North Saskatchewan River and included the Yellow Stone parks.

Chief Running Bear was thought to be a chief of the Sioux.

Above two pictures are of Chief White cloud and bottom pic is Black foot.  Pictures taken from online encyclopaedia and en.wikipedia.org/wiki/Blackfoot.