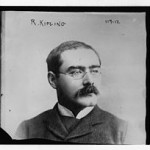 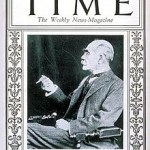 Attended the Northdown trance and physical sitting on the 16th January 2012.  The circle objects were the ring, the two trumpets and the crystal ball.  In the far corner of the room was placed the abacus.

The sitter who has the native American drum started his drumming.  The opening words were said and the circle was started.  With the lights switched off, the only light was coming from the red box.  The members all began with trance.  After a short time the mist started in certain corners, in front of some of the objects of the room.  A white light also shone above the table.  Little light flashes also sparked and this was just as one of the mediums opened their mouths and the first spirit greeted circle.  It was a gentleman with words of wisdom about questions and the questions which circle would like to put to spirit.  The spirit stated that he knew that the members had many questions to ask and that he like the other energies who were forming, and taking shape, would do their best to try to help to answer.  Expansion of the brain was vital.  On spirit side, he made a joke about this name, he said that spirit did surround themselves with pass times; antiquities were what he surrounded himself with and he tried to improve his mind and spiritual self.

Memory was a partial theme; as the spirit talked of this improvement and spiritual work.  As the spirit left on stating that the entites had much respect for the circle the temperature in the room dropped.  It was freezing.  The next medium opened up and spirit to next give a message did follow on from this spirit.  The genteman spoke about the questions; much he said, like, the first spirit had said they had gathered and would help with enhancing answers to questions but there was still knowledge being gained spirit side and there was not one spirit who could answer all areas.  Spirits too had fields of expertise.  There was of course questions, which they could not, and could not fully be answered and that was the purpose of life.  In his own life, as a monk, they were told to listen, concentrate and meditate but sometimes he had thought why should he and he questioned it then and it still questioning spirit side.  But it was all a matter of learning, he said and perhaps a question that too much information can in itself be problematic there is somewhat a joy in finding things out.

A specific coldness surrounded members.  As this cold feeling got more chilly on the legs one of the members felt a cold wet pinch on her elbow.  There was a number of Viking scenes which flashed by.  Particularly referring to ships.  Wooden objects were being made, and a man with blond hair was showing that there were artefacts in a museum in Ramsgate, Kent England on to this were also images of a lady with red hair and finding objects in the sand, pride was felt and a relish in the times which brought love and land.  As this was shown images of Normans and a conquest came up.

A few of the members could see this same allusion.  Times past became a specific theme.  Heart and love also came up in a number of personal messages which followed through.  The next medium to open their mouth came through with a spirit who referred to impatient nature and the fact that he wanted action and few words.  Indeed in the days of his tribe, he was the one to try to go with expectation of mirth and activity and little did he know this was due to his lack of experience.  The spirit talked quickly and with breathless quality.  He said you have such young minds and now here I have more experience and know more senses.  As seen in the circle which follows slightly later a specific writer by the name of Rudyard Kipling came through and who was also renound for his writing on the subject of experience.  This tie of experience not only is shared by these two spirits but also later by Catherine Cookson, who also visited the same sitting, and also wrote in the theme of experiences.  There is a shared link between these energies on life experiences.

One of the members saw a little boy with glasses.  The little boy was looking for the abacus.  As the member looked down by the place where it should be she indicated that it was not there without knowing that it had been moved.  On seeing this the boy looked past the circle and into the corner of the room where he then found it.

The Viking like ships which were shown were filled with intricacies.  The man was also adamant that the ship had been near to Ramsgate.  The members in circle only knew of a ship which could relate and was near to Sandwich in Kent though they thought a ship or museum was opened and closed in Ramsgate.  After research it can now be noted and shown here that there is in fact a maritime museum which features Viking antiques and also in 597 AD a wooden Viking ship very much like the ones referred to in circle sailed passed the port of Ramsgate.

As a central theme of circle a few particular people following somewhat a line of penmanship came in; Rudyard Kipling, the face and more so a man with dark hair and moustache was seen by one of the members.  This face the features and hair were transfigured on to one of the members.  Transfigueration is where the feauturs on one spirit being can show on the face of someone sitting in a séance and evidence their looks and appearance.  It is only after checking that the remarkable likeness to the face which showed in circle can be seen to the first picture of Rudyard Kipling.  It should also be mentioned that Rudyard Kipling came in to the circle on the 16th January and after research, it is mentioned, and it can be noted that he passed on the 18th January 1936.  This date would mark the anniversary.  It is only two days after the holding of the circle.  A number of vivid graphic scenes of war were shown to the circle with particular allusion to the trenches.  After research it can also be noted that Rudyard Kipling tragically lost one son to war and wrote many poems amongst which and through he writes about the atrocities of war.   Rudyard Kipling was winner of the Nobel Prize.

The writers who gathered, peered into circle towards the end.  There was mention of a lady writer who broke her arm and was a prolific writer.  “I wrote, and wrote.”  She said and then talked of the invention of the tape recorder and of someone writing up her words.  She then spoke about her love of rings, her diamond rings, which she came back not only to look at but also sometimes looking at in shops.  After checking research has shown that it was a fact Catherine Cookson, wrote 100 books, selling over 123 million copies and her books were translated into 20 languages.  Catherine Cookson who is also included in the pictures also bares a remarkable trace of the same female face who was seen standing near to the circle.

The order of the British Empire was awarded to Catherine Cookson and the Nobel Prize was awarded to one Rudyard Kipling.  Both won awards for their choice of the written word.

Chief Buffalo Horn was a man who not only stepped forward in circle but gave his name.  It can now after searching for this name be uncovered that this Chief was involved in the Bannock War.  He was a scout and also his passing was in the month of June.  Catherine Cookson was born in June, on the exact date of birth of one of the members and passed and married in the same month.

As the spirit and energies stepped in to the circle, so the light in the red box moved.  The light in the room also moved to highlight the room in a glow which was not coming from the red light and could not be explained.  As the closing words were said the circle was closed.  The objects were checked and it was on checking a certain item that it was seen that the balls on the object had been moved.  The object which had been touched was the abacus.