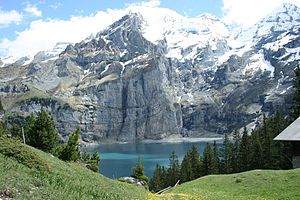 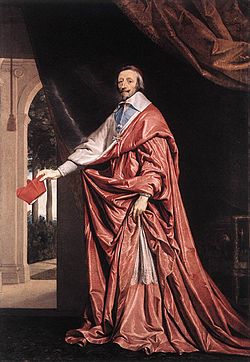 Attended the Northdown trance and physical sitting on the 17th October 2011.  This was going to be a unique and entrancing circle, a demonstration of physical and entities.  As per regulations the curtains were tightly drawn and pegged, the door was firmly closed, the objects were checked, the light in the red box was switched on and the main light was switched off.  Everyone took their seats and the circle commenced.

The opening words were said and one of the members started the circle with drumming.  The darkness in the room was only penetrated by the soft glow of red.  The actual room felt cool as the circle began and only stood to get cooler.  The mist which quickly formulated was shown as thicker over the table and towards one side of room.  The members all felt a calm and yet potent feeling.  The room was cold and especially so from below the knees down and behind the backs of sitters.  It was not too long before the mediums all felt a number of entities approaching.  In this case the experience was shared; two energies or more seemed to broach the circle.  It was a while before the first medium opened their mouth and the words of wise guide already known to circles started to give his personal words.  It was important and seemingly necessary that the message was given; on personal approach to talk to the higher spirits it was encouraged that people speak their words aloud because the vibration of the voice does help to build resonating power.  However, if this was not possible then silent appeals were still heard and still effective; it was not necessary to go out into the street to shout for help for even the smallest of attempts were viewed.

Alongside this message the feeling of temperature differed.  The cracks and taps started in the corner and whispers started to filter.  It was not long before the second spirit started to embrace the circle.  Stanford Park was mentioned and it was the words which entered the circle of the boy from Stanford who loved football.  Only young at his passing in this conversation he reiterated a love for football and ventured to talk of what happened before he passed.  With a dialect and words particular he said that he had had an accident on the road after looking for his football.  Queries were answered and Joey divulged that he was a top scorer in his team.  The room felt happy and the energy pulsed.

An itching sensation was felt by some of the members.  Glowing was seen in the shape of sparks and the white light seemed to grow.

A number of animal energies came into the circle.  These were a pair of small dogs which aggravated the animal within circle and caused the members to watch as they made their way into the circle.  A black cat, also a large rabbit showed itself with identifying patches and sat itself next to members in the circle.  The rabbit was claimed by a member of the circle through its showing of colours and its fur type and was known to be a loved pet.

The atmosphere was fantastic.  It seemed as if next the native American element of circle rose.  A gentleman approached with the name of Wolf and also Running Bear.  True to the nature of circumstance the energies showed a running stream which went through a circle.  This stream was linked with Medicine men.

Clairsentience the spiritual physical of smell came through to the circle and it was of a powder which would signal the arrival of a lady who was known to the leader of circle for table moving.  The art of table moving with the help of spirit was very visible and a good way to demonstrate the physical hands of spirits.  This had its significance as the smell of the powder was then followed by a number of mediums in circle seeing the table in the centre of the room moving slightly.  The trumpets also vibrated; it was awesome to have witnessed.  A smell also seemed to come but only up to the knees.

One of the members of circle could see a red colour.  Afterwards he came through with images of one notable figure and this man wearing a necklace with a precious stone.  This was to be outstading relative evidence.   A s particular figures were seen in circle and one of these was Cardinal Richelieu.  This was a notable man who was in fact noted as first Prime Minister.  He was famous for wearing the colour red.  He was actually refered with the term “L’eminence  rouge” which shows how this relates to the red burst of circle.  If you look at the above pic then you will also see him wearing the seen necklace.  This Cardinal was famous and eminent by his construction of academies and the early language.

The second was also a Cardinal but this time it was seen along with the name of Wolsey.  Cardinal Wolsey actually after research can be stated was also a poignant figure of similar belief and also held the same title as very important to the Ruler.  Whilst both figures have numerous likeness, it was also this Right honourable Cardinal who tried to build on Anglo and French relation.  Both figures were very similar in their references and terms, and loved arts.  It is felt that these two figures were shown in circle as linked because they both made waves in the political scene.  These were figures who did a lot for their country and despite being from warring countries still came together to show themselves in spirit.

A Zulu man showed himself to the circle and spoke of the way in which his tribe had lost themselves.  On the other side of the room a man also showed that he had been taken from his ancestry and ripped from the United States of America and brought across the water by ship.  Both these figures were keen to show how they had lost sense of what they were and now felt the importance of it.  Physical loss had been replaced with the knowledge that fitting in some way was vital to happiness.

It was also seen at this point that spirits were visiting from numerous places.  India, Africa and the United States of America.  The Indian spirits were keen to show a link to spiritualism and showings of the precious items which they felt were spiritualist and given as so.

A medium that was in trance started to glow.  Orbs also took on new colours.  This light form was excellent as colours were matching with the messages which were coming through.

The next medium who spoke was with defined speeches and to talk of the importance of the thoughts matching the heart.  Only when something felt right should it be valued.  Laughter and philosophy dotted through the assembled guides words.

A mixture of message and clairvoyance followed.  The last few minutes were taken up with a question if spirit and one of the many who had gathered would like to approach.  Indeed the point was emphasised by movement, as one of the members started to pour some of the water into a glass for one of the members, the red light was turned up slightly and it was then that something seemed to move in the corner of the room and the leader raised the red light slightly more only to see that yes there was a blurry shape.  The member sitting closest to it did witness it and everyone could see the shape.

The closing words were read.  The light was switched on.  This time a chair had completely shifted position.  It was also evident that the native American mask had been moved.  The small doll had also been shifted to the edge of the table.  The movement specifically in the native American mask was intriguing as it was moved in a similar way to what would happen with movement of the table.