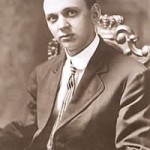 As this week we are enjoying a break from trance and physical circle and whilst we miss the spiritual interaction and experience, on this occasion I wanted overall to address this matter of healing and psychic activity.  I would like to use this time before the re-commencement of circle to outline healing and how it can be used by spirit in many forms.

Healing – it is one of our most spiritual and intrepid subjects.  As a means for examination, it is also one of the most evidenced methods for showing spirit interaction.  Yet, it can be one of the most scientifically explained and detachable spirit proof which is obtained.

Healing is often a non-intrusive way of offering spiritual influence.  This aid which is physical but not through touch can reduce symptom or illness to the point of full cure.

Primary uses of healing are via a medium who channels a spirit (an expert in a particular medical field).  The medium does often have no layman knowledge or experience in the medical domain and yet when spirit offers healing it is with a dialect and method pertaining to an experienced and individual (or in the case of a number) of experts in a field.

The healing is given by one indivdiual who can put their hands on or more commonly over and focus on an effected area; thereby whilst this takes place, infused knowledge can also be given by spirit in word form and outline medical terminology for the ailment and how it should best be treated.  The healing is done via energy and a combination of spirit and vibration.

Various channels through which healing is offered by spirit:

Mediums – Clairaudience, clairsentients and clairvoyants.  This is through a sole, combination of elements which allow spirit voice, image and touch to be received.  This particular ability or mixture of the three can bring together the basis for healing.

Shamans – Heal through nature’s objects.  Spirit often highlight themselves to the Shaman via the external surrounding and healing properties are gathered by them to help to boost the immune system and aid recouperation.  If one can get to the cause of a physical problem such as a food intolerance or allergy it is often one which can be helped tremendously by the spirit information.  The Shaman can then use this information in bringing about the right herbal treatments.  Often the cure can be found without the need for probing investigation, medical tests or help in the case of extreme wrong diagnosis.

Spirit healing is best received as complimentary and when given alongside medical advice and treatment.  Spirit can intervene when it seems that medical aid is not fufilling its purpose or is in need of a supplement.

Energy – heat energy, vibration and forces.  These are the elements which are brought together in unison by the medium or healer.  In the same way that in our physical bodies we are able to touch, combine and mix our particular abilities and senses.  Thus this inter-activity can also be in effect the means by which spirit bring healing.  It is a process, if you like, where in utilising the bodies own vibration, molecules and particles can be manipulated to the extent by which phsysical awareness can be felt.

People often state that after and during a healing, heat can be brought out of the body and tingling sensations can be felt over the body; Harry Edwards both his commited work and healing centre are testimony to the vivid and demonstrative proof of spirit through healing.

Senses claimed as most felt:

Tingling over the surface of the area effected

Soothing to a pain

Tightness or smoothing out dependant on the kind of ailment

This perported feeling is in evidence the collective effort of spirit.  In conjunction with the hands of the healer the bodies own energy can be diverted.

It is most often the case, that healing is demonstrated by individuals who are in trance state, give healing and knowledge regarding the patient that is correct but also so relevant and accurate to medical terms that the person has to look the definition up themselves.  It is a most superb proof of spirit.  Life is eternal.  This is shown via healing.

The force and focus of spirit in this work; combines with the medium or healer in a way which offers an optimum level of support.

Edgar Cayce.  (He was commonly referred to as the “Sleeping Prophet”); Born in Kentucky on the 18th March 1877 to January 1945; he was an American Psychic who was noted for being able to answer queries and talk on the subjects of healing and Atlantis through the process of spiritualism.

However this situation was so confounding due to the fact that Cayce was astounded by the words which would flew from him from spirit.

Cayce: “I said all that?…I couldn’t have said all that in one reading.”
“No,” Lammers said, “but you confirmed it. You see, I have been studying metaphysics for years, and I was able by a few questions, by the facts you gave, to check what is right and what is wrong with a whole lot of the stuff I’ve been reading. The important thing is that the basic system which runs through all the mystery religions, whether they come from Tibet or the pyramids of Egypt, is backed up by you. It’s actually the right system.”

“In this we see the plan of development of those individuals set upon this plane, meaning the ability to enter again into the presence of the Creator and become a full part of that creation.
Insofar as this entity is concerned, this is the third appearance on this plane, and before this one, as the monk. We see glimpses in the life of the entity now as were shown in the monk, in this mode of living.
The body is only the vehicle ever of that spirit and soul that waft through all times and ever remain the same.”

Cayce was quite unconvinced that he had been referring to and, as such, had validated the doctrine of reincarnation, and the most summary that could be given was that he had suffered some kind of spiritual incident.  Lammers could offer that he was in trance and that the reading “opens up the door” and went on to share his beliefs and knowledge of the “truth” with Cayce. It appeared Cayce’s instincts were telling him this was no ordinary foretelling.

In the allusion to Cayce, much information was perported by spirit.  This was information given.  It was a situation which gave way to much controversy, yet more than this, it opened up a school of ideas on sleep and the different levels.  It also helped to show that spirit could interject via altered means.

Cayce’s prophetic knowledge; helps to introduce the concept of Precognition.  Precogition – is the sense that one achieves in a moment preceding an event.  The power of the spirit is immense.

Telekinisis – this is when a person is able to move objects physically through the power internally.  (Thus focus and concentration can bring on a physical movement.)

In the example of the above there is much validation to support the theory that the psychic possibilities in the physical body are vast.  In achieving a sense of understanding of the process of life, this can help in aiding our understanding of spirit.

When we are born we have a spirit guide who has lived a life at least once.  This person is aware of the difficulties that can be felt, he/she is there to not deviate from the course which is laid but to help offer advice and bend the path to soothe and councel.  In knowing about spirit, their help and the way in which it can influence, it helps to relax and bring on positive thinking.

We are all born with psychic possibility.  The best introduction can be in meditation.  To sit in a calm atmostphere, to think in a line of something which you like (a scene of water of gentle flowing or expanse of land).  It can be anything that helps you to settle and focus.  It is better to think of something that helps you to wind down rather than nothing because even thinking of clearing the mind can be an effort.  Therefore it is best to try to keep in view a scene which you associate with or affiliate to; this can be the start of your meditation.  It will help to allow you to disassociate with your conscious self; and gradually, as this is something that may take time, you will be proficient in being able to meditate to a deep level of consciousness.

It makes such an impression on your consciousness that the first time of encounter into such a meditative and sedate state is often enjoyable.  It is when you feel more at home and address a figure of spirit guide.  Spirit guides are merely there in offering advisory and informative thought which will often benefit and be of aid in certain moments.  To know spirit guides is to know a further part of someone who can offer knowledge and stability.

Animals are also one of the most fine examples of spirit potential.  In animals, we can often see, the finest sensors of ailment or the most aware sensitive beings to physical problems.  Many cases have picked up on dogs who can predict and point out spots of illness in human beings; just as with spirit it is easier to detect physical affliction when tuned in to other senses such as senses of smell and inbalance.  There are dogs who can pick up on the early stages of cancer, through smell or taste alone.  There have been cats who have exhibited odd behaviour, lying on a spot or area on someone when unbeknown to them there has been an underlaying health issue in that same area.  Just as with these animals who show and sense these health obstacles, spirit can help to highlight first where someone needs intervention or is exhibiting discomfort.  Animals can also make a marked improvment in one’s health, offering love and healing in their own way through affectionate action and even in stress release.  Scientific studies have proved that animals can have their own impact on convalescence.

It is something to make you think the next time that you look at your k-9 or feline companion how much are they aware and attuned to the what’s occuring around you physically… There have even been reports of animals acting quickly in a crisis and being instrumental in resuscitation.  Animals are our loved friends, buddies and they are the first to sense when something is wrong.  Animals are also one of the first to greet us spirit side.

Pics are of Harry Edwards (a particular spiritual Healer who did use Touch to help so many) and Edgar Cayce also pictured below is his hospital.