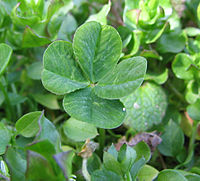 Many instances in life can be difficult or feel as if they are ones which demand a drop of good luck.  It is historically and culturally an accepted mode of behaviour or a trait which comes alongside momentous times in life where we do not want to feel lonesome.

Good luck and the many forms or beliefs which bring with them traditions or idiosyncrasies do so because they serve to help us feel less adrift and more aware that somehow and somewhere we are receiving aid.  There are many views on such good and prophetic symbols.  Most significantly they enable the person to instigate a small charged notion seemingly unimportant as trivial as crossing one’s fingers but to an end that donates a little boost of positive influence.  This instigation no matter how small does achieve undoubtedly the certainty that with the additional support of this action things will turn out well and successfully.

Luck or chance as it can also be known is a type of fortune (whether bad or good) which occurs beyond one’s control, without regard to one’s will, intention, or desired result. There is the prescriptive sense and the descriptive sense which can be instilled into an appreciative overview of these beliefs. In the prescriptive sense, luck is a supernatural and deterministic concept that there are forces (e.g. spirits or paranormal) which prescribe that certain events occur very much the way laws of physics will prescribe that certain events occur. It is the accepted sense that people mean when they say they “do not believe in luck”. In the descriptive sense, luck is a word people give after the occurrence of events which they find to be fortuitous.

In history there have been many cultural views of luck varying from perceiving luck as a matter of random chance to attributing to luck explanations of faith or superstition. For example, the Romans believed in the embodiment of luck as the goddess Fortuna, while the philosopher Daniel Dennett believes that “luck is mere luck” rather than a property of a person or thing.

Lucky charms, symbols and actions are popular worldwide and can take many forms.

Some examples of luck:

There is also a series of spiritual, or supernatural beliefs regarding the overall fortune which can come into your day. These beliefs vary widely from one to another, but most agree that luck can be influenced through spiritual means by performing certain rituals as small as the ones referenced above or by avoiding certain circumstances for example breaking a mirror, seeing one of a species of bird or walking under a ladder.

Luck can also be a belief in an organization of fortunate and unfortunate events. Luck is a form of superstition which is interpreted differently by individuals and do devise a vital link for some people. Carl Jung coined the term synchronicity, which he described as “a meaningful coincidence”.  Thereby showing that many indivdiuals give providence and the connection it has to people a significantly major philosophical analysis.

Belief in the extent of Divine Providence varies; most acknowledge providence and the origin as at least a partial, if not complete influence on luck.  Religions and in its early development, the process is accommodated through many traditional practices which at different times, accepted views and practiced forms of ritual sacrifice in order to divine the will of their supreme being or to influence divine favoritism. The concepts of “Blessing” as they are described by believers closely resemble what is referred to as “luck” by others through varied faiths.  The importance that it has is though is the essence of what drives people into gaining what they wish.

The Mesoamerican religions, such as the Aztecs, Mayans and Incas, had particularly strong beliefs regarding the relationship between rituals, customs and the gods, which could in a similar sense to Abrahamic religions be called luck or providence. In these cultures, human input (both of willing volunteers and captured enemies), certain practices and traditional aims, could possibly be seen as a way to propitiate the gods and earn favor for acts.

Undoubtedly it is the knowledge and passed down rituals which produce positive thinking, and alter one’s responses for the better. Others, like Jean-Paul Sartre and Sigmund Freud, feel a belief in luck has more to do with a locus of control for events in one’s life.  According to this theory, one who ascribes their travails to “bad luck” will be found upon close examination to be living risky lifestyles. In personality psychology, people reliably differ from each other depending on four key aspects for themselves: beliefs in luck, a rejection of luck, being lucky, and being unlucky. People who believe in their good luck are more optimistic, more satisfied with their lives, and have better mood characteristics to the extent that is noticeable by others. If “good” and “bad” events occur at random to everyone, believers in good luck will experience a net gain in their fortunes, and vice versa is true or shown in believers in bad luck. This is clearly likely to be self-reinforcing. Thus, a belief in good luck can define and inspire those who take advantage of it.  What it might mean to win, or asserting a positive visualization of what you want are largely expressed by statements about luck. For example, the winner was “just lucky” meaning they had an impressive method and definite role in their own positivity.

Most cultures consider some numbers and figures to be lucky or unlucky. This is found to be particularly strong in Asian world cultures, where the obtaining of “lucky” house numbers telephone numbers, automobile license plate numbers, and sport shirts are actively sought, sometimes at great monetary expense. Numerology, as it relates to luck, is closer to an art than to a science breakdown, yet numerologists, astrologists or psychics may disagree. It is interrelated to astrology, and to some degree to parapsychology and spirituality and is based on converting virtually anything material into a pure number form, using that number in an attempt to detect something meaningful about reality, and trying to predict or calculate the future based on lucky numbers. Numerology is folkloric by nature and started when humans first learned to count. Through human history it was, and still is, practiced by many cultures of the world from traditional fortune-telling to on-line psychic readings.

Gautama Buddha, the founder of Buddhism, taught his followers not to believe in luck. The view which was taught by Gautama Buddha states that all things which happen must have a cause, either material or spiritual, and do not occur due to luck, chance or fate. The idea of moral causality, karma is central in Buddhism.

However belief in luck is prevalent in many predominantly Buddhist countries. In Thailand, Buddhists may wear verses (takrut) or lucky amulets or trinkets which have been blessed by monks for protection against harm.

In Hinduism it is said that by proper worship, with a meticulous prayer procedure (Sanskrit: Shri Lakshmi Sahasranam Pujan Vidhi) the blessings of Lakshmi, the Hindu goddess of money and fortunes, may be obtained. Lakshmi Parayan (prayer) is often performed in most Hindu homes on the day of Diwali, and during the festival of lights. At that time also Rangoli are drawn, decorative designs on floors of living rooms and courtyards during Hindu festivals that are meant as a sacred welcoming zone for the luck.  The art of Feng Shui also depends on the position and keeping of items in a fashion that will help the owner keep their favour in and around their habitats.

Lucky and being in receipt of good fortunes has long been known to single someone out from the crowd.  If you have an element or symbolic reference behind you in attempting something then even its positive influence can be what helps you in successfully achieving.  A list of customs, traditional intentions and background can assist comprehending in full just the vital and inherent part that this belief can have in our lives.  Pic taken from online encyclopaedia..a four leaf and exceptional find which is said to give the finder a certain amount of favour.