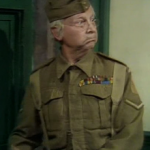 Attended the Northdown trance and physical circle on the 29th November.  This was to be one of the last few circles of the year 2012.  With the low light and the objects arranged the sitters all took their seats.  The curtains were drawn and pegged the central table observed for precise location and positions of the trumpets, ring and crystal ball.  The table in the corner was the only other standing framework upon which sat a few glasess and a jug of water.

It was only a few mere heart beats later and after the opening words had been stated that activiy from spiritual energies began to take place.  The room which up until that point had a warm feel started to take on an icy chill.  Yet some members responded to the sudden difference with startled murmurs because the breeze could be felt decisively around their legs and others retorted that the warmth was so great that it felt as if they were heaving huge amounts of it into their lungs.

Cracks resonated about the room.  Decisive, loud taps which came from unseen fingers.  All about the members it seemed spirit were trying to step in near by and show their forms via sounds.

The bangs not ceasing came in around member’s chairs and one sitter felt her whole seat rock back and forward visibly.  It did seem as if spirit wanted to give more vision of themselves as little blue disks of light could be seen floating around sitter’s heads and on certain parts of their body.

With all the above taking momentum spirit were thanked and then trance took on a new voice with one male spirit speaking to everyone.  His words surrounded the essence of time and the fact that all have a reason to live with on this Earth.  Appearing in one form be it that of physically different, able or otherwise it should be with the spiritualistic element based in each one of us that people should move on, progress and attain new heights in their lives.  In passing each person was given artistic liscence to enhance, surround themselves and portray the kind of existence they wish.  That is basically the fundamental rule because it can either be as filled with the loved ones, beautiful horizens or comfort that you request and can on the flipside be as limiting or difficult as you allow.

The spirit wanted to converse much on the concepts of time, perspectives and to touch upon life and moreover existence spirit levels encounter.  There was many instances when the spirit acknowledged that life could be felt by us as fundamentally tough but it was to sense these things that would in itself give us a power and a freedom to balance and know the good which can be established.  Whilst the presence sat in circle the whole room became larger, in so much as, the members seemed far more distanced apart, the shadowing in the room also came accross as so dark that several of the sitters disappeared.

It was at this instance that strong clairscentience which is the spirit smell that can come into a room overtook the sitting.  A scent much similar to perfumed aromas or fresh baking came into the central position of the room.  Whilst everyone could smell it, it was only when one of the sitter’s bent over to see if the cool breeze was still there that the scent came accross so much stronger and with it as all sitters bent towards it the smell and ice chill radiated across everyone.

Physical forms were seen by the mediums.  White transluscent outer shapes which when walking forward brought with them their own scents.  This was not all but as the spirit figures which could be visible seen came near to the sitters, an intriguing amount of movements also took up in the trumpets so as it to all near moved quickly from side to side.

Other spirit voices all filled the circle.  One spoke about the prescious time which those  living had.  Another came to give names to the sitters and information about relatives.  All the time faces and spirit features could be seen appearing on the clothes and shoulders of sitting members.

An awe inspring freezing blast took hold during the middle of the circle whereby certain members felt the coolness start from the bottom of them and move up.

Clive Dunn was then in spirit shown to the sitting.  Transfigueration came through one individual as his features and face took on the look of the person.  The name Clive Dunn came through from spirit during the facial activity and phenomena.  In trance many soldiers were coming into view, relatives and people who had fought in wars.  It was looking into the Mr. Dunn who was born on 9 January 1920 and passed on the 6 November 2012 that the link was found as he acted in a programe entitled Dad’s Army.

The military link did not stop as it was while this gentleman sat in spiritual presence over one of the sitters that other male figures came into sight.  All the men had active service in common but more had stories that they wanted help to mention to their loved ones.  Mr. Dunn materialised while the name Dora and sweets from Greece as Bachlava were seen.

Later on it was discovered that Mr. Dunn himself not only worked with a presenter with the name of Dora but was captured and held as a prisoner of war in Greece where no doubt the special food shown and smelt in the sitting would have resonated.  Peter was talked of by the connective link and it was Peter Charlesworth who was his agent.  The final parting message was the importance of Portugal and it was in this country where this actor passed.

Mohandas Karamchand Gandhi 2 October 1869 – 30 January 1948, commonly known as Mahatma Gandhi, came next through to the gathered sitting.  He was seen through vision but also referenced by name.  In life he was the preeminent leader of Indian nationalism in British-ruled India.  He helped to give credence to non-violent civil disobedience, Gandhi led India to independence and inspired movements for non-violence, civil rights and freedom.  He came in and physically looked at the mediums and was to become integral as spirit had all evening kept an internal subject of fighting and it was by his stance both in living and in coming to show what he tried to help shape that liberty was also mentioned as having a role and being the ultimate reason for any confrontation.

Spirit voice showed their feelings about the futility of taking lives when the cause is not justified and it was seen all through circle that the enteties wanted to give a series of connections to their pasts so as to aid in an understanding of their actions.  It was towards the final moments of circle people jumped as a loud knocking sound preceeding a crash of the frame in the corner and a sound as if the glasses set out had dropped to the floor.  It is unknown if this came from the personal spirits talking to sitters at the instant the activity happened or if it was from the other spiritual guests.  The number of armed officers, television actor of a series based upon the same matter and physical approach to the evoking of smells, touch and sight aided in bringing thought to the value of people and the neccessity to act with kindness and sensitivity of heart.

Pics are of Mr. Dunn actor of stage and screen and Mahatama Gandhi who inspired peace.  Images are taken from online encyclopedia.