Up close trance and physical sitting. 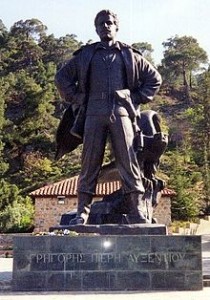 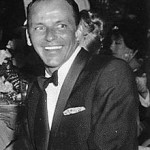 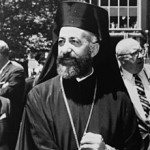 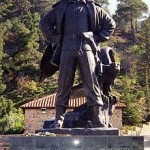 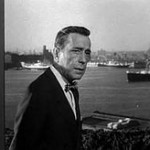 Attended the Northdown trance and physical circle on the 27th February 2012.  This was our first circle back from a period of snow and cold weather.  The sitters took their seats and with the curtains drawn and shut, the door was ensured closed and with no entry in or out of the circle.  The red light in its box was turned on.  The objects in the room were the table upon which stood two trumpets and the crystal ball.  The abacus was in the corner.  All members sat inside the perimeter of the circle and the opening words were said.  One of the members commenced with the drumming.  Other than the sound of the drum the circle started with no other noise, the members started to close their eyes.  On feeling the energy differ, the room became clouded over in white mist.  This mist is now thought to be a form of ectoplasmatic energy.  Two native American figures made themselves seen to circle and as the energies fluctuated the red light box started to jump.  The light in the room ebbed.  Once darker the temperature also started to dip.  It was a cold that seeped from the inner area out to members sitting inside the circle.  It was then, at this point, that movement was seen from the corner of the room.  What looked to be a white hand orarm shifted down.  The movement was quick and was seen by the sitters who sat on that side of the room.

It was cool and as this was felt one of the member’s seats also started to rock.  Blue lights were seen flashing.  The first spirit started to speak to circle.  It was a native American who spoke, direct voice applied the name of his tribe.  Saying that he was a part of the Cherokee, he depicted the love that spirit had for circle.  He said that they were all gathering to stand in circle and help to connect.  With peace in mind and thoughts in union with heart he invited the anticipation felt and the witnessing of what was about to happen in circle.  A paint patchwork hanging on the outside of the circle also detached itself.  First one corner dropped, then as spirit were seen to move over to that side of the room, to stand next to one of the other mediums to offer a sense of healing the whole patchwork dropped to the floor.  It was after this that a number of sounds could be heard walking in the room.  Even though the circle room is carpeted it sounded like footsteps.  There was a second spirit to talk.  This one was to talk of the divide between spirit and earth plain.  To speak about the loved ones who wanted to cross the veil.  It was as this conversing took place people sitting felt tingles and sounds tapping on the surface s.  After the spirit finished speaking one medium felt her hair being touched or brushed.  It was then quick to move round the circle, with members feeling the same sensation.  Many images of eras and people were seen, in particular a link to stones and Saphires which one sitter had on a ring.  It was after this was shown that the medium who was wearing a shawl felt the ring twitch. Raccoons were seen along the Native American energies.  Next, animals made their way through.  A cat in particular and a number of dogs.  The circle felt happy.

There was a bouncy feel and atmosphere.  The medium who was sitting on one side of the room started to open their mouth and the next spirit started to embrace the circle.  A man with a cockney accent said hello to the members and stated he had peeped in to see them.  After being asked, he said he was well, but he felt the chill.  The members enjoyed chatting with him and as this went by the circle felt the light move.

Transfigueration also took place.  At part way through the circle, there was a differed mood to the sitting.  The air seemed to shift and two minutes later the members all noticed that something was taking place on one of the medium’s faces.  It was astonishing to see that the person who was sitting there had white bushy hair growing out over a white and misty disk which was hovering over his face.  As the features grew, one of the sitter’s cried out to see that it was one of the friends that she had once had, and he was of Greek descent.  He was a skeptic of spiritualist notions and so it seems that he ceased the opportunity to show some objective proof in circle.

A rustling could also be heard from the corner of the room.  One other sitter felt spirit and not too long after spirit started to approach circle.  William greeted, and talked to the gathering on the subject that religion should not matter, and that people were one without type setting.  Alongside this were the appearance of two boys.  One was of the age of 13.  There was a dark figure.  This one was seen with a tall hat.  Religion was seen with signs along with a gold flash which two of the members could both see together.  The figure was dressed in long robes and talked of Cyprus and institution.  It can now after researching be stated that this information and picture shows one Makarios the third who as in the picture shows both wore the tall hat and led the church and state of Cyprus.  It was at the age of thirteen that Makarios entered the church.  Makarios was the archbishop and primate of the autocephalous Cypriot Orthodox Church (1950 – 1977) and the first president of the Republic of Cyprus (1960 – 1974 and 1974 – 1977).  Following seeing Makarios, the name George was referenced by one medium and another stated the date 29 October.  After research it can be shown that George did pass on 29 January and his second in command Grigoris also passed at the age of 29, hence this number is significant.  It was this same person who was spoken of by Makarios and respected.  The George who visited circle came with information pertaining both the date of his passing and stance in with the figure of Makarios.

It was towards the end of circle that the name Tonny Bennet was mentioned, along with the line Here’s lookin at you kid, after stating this the circle named this as a line from Humphrey Bogar t.  It was in quick succession a number of founding figures were seen.  First, that of Frank Sinatra and then Sammy Davis Jr.  Frank Sinatra mentioned the name California, and then Peter was repeated and Harry.  It can now be mentioned after research Twin Palm Springs was Frank’s home setting in California and Harry James was the first person who hired Sinatra originally in June and for a one year contract of $75 a week.  Harry James, was a gracious and enigmatic manager, who released Sinatra from his contract once hearing that he had the opportunity to join one of the best bands Dorsey’s.  It is believed this is why he wanted to have him highlighted.  Peter, to which he referenced stood for Peter Lawford.  Bluebird was seen as a bird in the circle.  Bluebird was also the name of the record label Frank Sinatra was signed to.  Frank Sinatra it seems has had many incidents wherby his spirit has tried to show his link to us.  Thirty years down the line Paul Brownstein tracked down a print of the “lost” show of St. Louis closet this was after someone notice d cameras which shouldn’t have been there onstage during a CBS documented series on Sinatra.  The objects had played a part in Sinatra’s past.  Since broadcast on Nick at Night in 1998 as part of the Museum of Television and Radio showcase, it was also released on DVD as part of the Ultimate Rat Pack Collection: Live & Swingin.

It does look like the skeptic theme runs to both Harry Edwards who was seen both at the begining and close of the circle and the man who was seen through transfigueration who was also a skeptic.  The early life of Harry Edwards who turned out to be a medium and exceptional healer was when he was also a skeptic, he did not find out or inquire into spiritualism until a few years later where he was given a message by spirit through a medium.  There was an element of political nature as both Harry Edwards was intrigued by politics as he was a printer with a love for politics, both Makarios and George were political fighters and seen to link with politics.

There was reference to Harry Edward s, who was a phenomenonal medium and one of the greatest healers, it was alongside seeing Mr. Edwards sitting on one of the chairs, there was also an energy which pulsed through the circle.  There was an aura around the seat, the shadow was also seen at the close of circle.

As the energy dropped the circle was closed.  The objects in the room were checked and the names and information noted.

A symbol in the form of two cresent moon and a bar were seen.  The cresent moon, after research, means the spirit and evolved mind.  It should also be mentioned that Cherokee tribes frequented southeastern parts of United States, Carolina, Georgia and racoons which were seen in the circle were a part of their folklore.