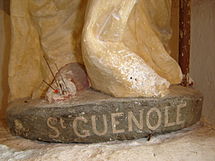 A soulmate  is a person with whom one has a feeling of deep or natural affinity, similarity, love, intimacy, emotive bond, spirituality, or compatibility.

Spirit is a term which can be used when bringing up the idea of a soulmate or being which is somehow bound by means of a feeling or other tie to that of our own inner personality and identity.

Current use of the concept soulmate.

In current usage, a soulmate usually refers to romantic ones to who we look as a partner, with the implication of an exclusive lifelong bond.  The term is a very versatile term, being defined differently by different sections and belief of individuals, as it is related to the concept of love.

There is a need to understand that a spirit is a term implied when one talks in a means to convey their inside being but a soul is used to talk of the personality traits which pre exist the individual.  It is said that the spirit is the spark of life which touches a body and makes the expression, emotional and conscience part of their make up.  With no spirit there is a loss of everything that makes one who they are.  A soul and real soul mate is the one in life that is believed can mirror but moreover match the most important states in life.  The mate or connector link commonly holds the connotation of being the strongest bond with another person, romantically or otherwise, that one can achieve. The term is not used as often as other terms representing the same idea, and this is likely to lead to its perceived rarity in meaning in spiritual and other theories. The definition of it ranges widely, and cannot be pinpointed but is something that has had a firm foundation in cultures throughout the years.  It is commonly accepted that one will feel ‘complete’ once they have found their soul mate, as it is partially in the perceived definition that two souls are meant to unite and the spirit will flourish when this is done.

In his dialogue during a famous part of The Symposium, Plato has Aristophanes present a story about soul mates. Aristophanes states that humans originally had four arms, four legs, and a single head made of two faces. He continues that there were three genders pertaining man, woman and the Androgynous. Each with two sets of organs with the Androgynous having both male and female reproductive organs. The men were children of the sun, the women were children of the earth and the Androgynous were children of the moon, which was born of the sun and earth. It is said that humans had great strength at the time and threatened to conquer the gods. The gods were then faced with the prospect of destroying the humans with lightning as they had done with the Titans but then they would lose the tributes given to the gods by humans. Zeus then developed a creative solution by splitting humans in half as punishment for humanity’s vanity and pride and doubling the number of humans who would give tribute to the gods. These split humans were in utter misery to the point where they would not eat and would perish finally so Apollo had helped patch them up and reconstituted their bodies with the navel being the only remnant harkening back to their original form.  Each human would then only have one set of reproduction means and would forever long for his and her other half; the other half of his and her soul. It is said that when the two find each other, when their beings could be near there is an unspoken understanding of one another, that they feel unified and would lay with each other in unity and would know no greater joy than that one true moment.

In Theosophy and spiritualism.

According to Theosophy, whose claims were modified by Edgar Cayce, one higher entity created androgynous souls equally male and female. Later theories postulate that the souls were split into separate genders of male and female, perhaps because they incurred some version of karma while playing around on the Earth, or separation from a divine. Over a number of reincarnations, of altered times and points each half seeks the other. The idea of repaying a debt is used here but solely to refer to a divine being or onlooker of whom the responsible task is laid to match two souls of identical nature and belief, the two will fuse back together and return to the ultimate.

Bashert, is a Yiddish word that means destiny. It is often used in the context of one’s divinely foreordained spouse or soul mate, who is called basherte in female or basherter in a male. It can also be used to express the seeming fate or destiny of an auspicious or important event, friendship, or happening.

The idea of basherte comes from statements found in classical rabbinic scrolls and literature. A proverb that marriages are made in heaven is illustrated by a story in a midrash collection which is used to practically define the importance that fate has to bring together the man with a one being who will make them better then in every way.

A Roman matron, on being told by Rabbi Jose ben Halafta that a higher being arranges all marriages, said that this was an easy matter, and boasted that she could do as much herself. Thereupon she assembled her male and female slaves and paired them off in couples but on the morrow they all went to her with complaints and sadness. Then she admitted that divine intervention is necessary to suitable marriages if they had to last in happiness.

In modern usage, Jewish singles will say that they are looking for their bashert, meaning they are looking for that person who will complement them perfectly, and to whom they will complement perfectly. Since it’s considered to have been foreordained by a higher being and that this one person will be the bashert by definition of that person whether they go on to marry or remain independent.

A soul mate when talked of in spirit is the individual who has a bond or likened heart which can in numerous means understand matters as no other can.  The principal of a kindred being, some individual who is able to evoke senses of love and an undeniable amount of compatibility with how we are on a daily scale is a theme which has been heralded as important through history and is a question of the mind and of heart which both those upon this level and in spirit explore and endeavour to fully know about.

Picture highlighted is of Saint Guenole’s Statue whose feet have been pierced with pins by local girls who would want to find their soul mates.  The figure has been placed in Loire Atlantic.