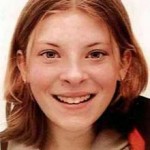 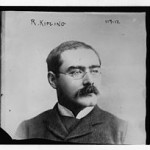 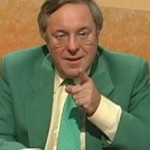 Attended the Northdown trance and physical circle on the 22nd November 2012.  It was attended by the mediums and sat in total darkness with the exception of the red light box.  The two trumpets on this eve were set to demonstrate the abilities of spirit and the presence of many energies was to produce phenomena which surprised those who gathered.

It was a circle which spirit used to convey messages of Christmas in 1932 and 1957.  One which the enteties who came showed connection to, awarness regarding and wanted to speak about.  The spirit made their presence felt from the first few minutes after the start of circle.  The words to begin were said and then instantly heat began to radiate accross the room.

The mediums felt stifled at the extraordinary entrance of many names, information pertaining to them individually and the vibration of chairs alerted those who sat to physical activity which was taking place, almost as an earth shuddering explosion had happened the chairs in the circle started to rock from side to side and as this was noticed spirit voices filled the room and asked for people to put their thoughts towards one particular request as it was hard for them to use their energy for many tasks and upon this being said many sitters witnessed the two trumpets stationed on the table in the middle of the gathering but it was their motion from side to side which brought wonder from those who looked on as it progressed.  Sensations of being touched also came one after another as each sitter leaped into the air in response to their hair, faces or other parts of them being felt by spirit.

The heat was sensed but it was at that point a coolness also became physically found to be brushing past the legs of sitters.  The cracks came and this was quiet at first but as it went on they became more evenly spread around so that each person had them around the place in which they sat.

Richard Whitely 28th December 1943 and who passed in June on the 26th of 2005 came in energetic and notable form.  It was easy to see him as his stance and indication that he should be seen made him an intriguing energy to have seen in circle.  It was whilst he was seen that a number of senses, emotion and names came about.  The first was the place of York.  The second a feeling of overwhelming faintness and need for sugar which came from one of the sitters.  The third being November but in particular a date which should be remembered relating to Richard Whitely.  It was after the sitting that investigation was taken up and it was found that Richard was a diabetic since an early point in his life and that the faint feelings and need for something of a sweet basis could be a resonating link for his symptoms.  York which was mentioned by him was of importance as it was found out that it came into significance as the county where his Rememberance service was hosted and it was in the month of November which was not only a factor of major personal relatability but was when he is first noted to have broadcast and appeared as a personality on the launching of channel 4 on English television.

Rudyard Kipling was to be seen and he is notable for his writing but also for his connection to the World War which took so many lives.  It was not solely for his position in literature that it was felt he came into circle but because he had a special energy which related to the soldiers who were later to come in and be of personal value to one of the sitters as it was her father who wanted to come in spirit to reunite and talk about the shell injuries he had during the war.  Mr. Kipling was born on the 30th December 1865 and passed on the 18 January 1936.  His apperance in circle brought much atmosphere, his standing and pose reflected an honour and integrity.  He not only shone in the gathering but instantly helped in bringing about a connected link between a man of war and his daughter.  Both Richard Whitely and Mr. Kipling’s sighting in and during trance spiritually made astonishing evidence in the light dips and lowering which was seen and through the information which was given by them.

The circle came into a new sense and the name Milly Dowler was given by spirit.  The pictures above show Richard Whitely, Rudyard Kipling and Milly Dowler.  Pictures are taken from online encyclopedia.  Back in the trance people were watching as the senses grew, more was seen and particular news was given from spirit.  This was after a girl was seen standing in the middle of the gathering and one of the sitters in the corner started to report the images which were shown.  The word Fogmore was given although it was not clear at the time.  Earth as in soil was indicated by her and a link to a body in the woods.  As not known by the sitters apart from the inital name a search was taken up.  It was found that on the 25 June 1988 Milly Dowler was born and her body was in fact uncovered not under but on top of the earth in Yateley Heath Woods which was remarkably close to the scene which was detected and then word by word given to the other mediums.  One Amanda Jane Dowler who was actually known to have been more precicely located after her passing near Frogmore, which was a town and very in sound a reminder of what was said by spirit.

Sandrigam was next seen along with a Royal guest who was the Queen of England in the Victorian era.  The figure was seen by three of the sitters and as the spirit walked into the proceedings two animal energies were keen to follow her in and stand by her feet.  The animals were two small brown and white dogs.  It could only be written to be a highly elated energy which was felt by all.  The energy was to show a number of connections but mainly there was mention of the Prince of Wales, a green jewellery casket and as a crown like object came into view so was indicated by spirit the presence of another member of the Royal family.  It was a moment of awe and suprise which brought about the name Sandrigam and the feel of Christmas to come.  The spiritual words were to bring the two together even though at the time it was not known why.

After the circle it was researched and established that Sandrigam was the first residence which was to be a setting for the Christmas message from the Kings and regal persona to the rest of the world.  The Christmas periods were spent there by the Windsor family and prior to this other connections came once again to the name of York which was brought into the gathering by spirit and this was as York cottage was the residing home of many of the most illustrious and famous leaders of the land.

Spirit talked on many subjects through the session.  Most in depth were two who wanted to talk about the many adaptions which were being felt by people in the realms of economy, politics and nature.  This it was said was a restoring of balance which needed to be so but it should not always be viewed negatively but taken as lessons which needed to be learnt and how behaviour was shown in accordance to the events was paramount along with the neccessity to help in minutes of need.

Private meets were made between spirit and their loved ones.  Blue orbs came into sight all through the sitting and specially above people’s faces and heads.  All in all it was a matter of hours which could not be taken as anything other than truly outstanding.