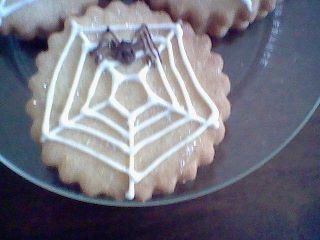 Attended the North down trance and physical circle on the 31st October 2011; this was the much anticipated Halloween circle.  Prior to the event it must be stated that a number of events took place which triggered the start to an unforgettable night.  For more Halloween phenomenon please refer to the Inspirational section.

The objects on the table were the two trumpets, the small doll, the ring, toy car and the crystal ball.  Under the table were placed the two larger dolls, the native American mask, the wind mill toy and there was also the paper and pencil.  The circle was attended by all the sitters, the curtains were tightly drawn and pegged, the doors ensured closed and everyone took their seats; the lights were turned off and the red light was switched on to its lowest setting.  There was also one additional extra seat which was left empty and placed within circle.

The circle was started with the opening words and then one of the members began with the drumming.  It was with an adrenalin filled somewhat intriguing feeling that the sitters watched as the trance seemed to come on and in to the members in a very deep way.  The white mist was present from the moment the trance took on and it was this time larger whiter particles.  The first member to open their mouth was with words from a spirit guide.  Halloween he stated was a specific time because it was favoured with so much substance from people who believed that it was the time when the spirit world could make contacts.  It was so he felt that mediums in days of old were also seen with more abilities and that in fact the spirit world was celebrated in a specific way on this appropriate named day of all hollow’s eve.  The words were celebratory for Halloween and he also said a few things on the origination of Halloween and that he was unsure when the terror aspect joined in but it was actually a day of celebration.  The guide mused on the terror and explained that perhaps this was an addition made by people to add extra excitement.  This mirth was important because invention comes as result of this imaginative state.  Try to not worry of the future or the past for time holds a different meaning for spirit and it is right to live in happiness.  The spirit talked of being able to improve on your condition, for health and for sickness, he talked of the laying of hands and thus that people did not understand that it was more that spirit was working to help and right a problem and through anybody, if the right energy and right vibration on earth is felt that can cause the soothing energy to be felt.  If you have a pain and you take pill for it, it takes time for it to work but if you apply the remedy right to the spot where it is needed then it can show fantastic results; he explained, this was to show more on healing.

The circle was enrapt by a difference in temperature.  There was a definite split.  Some of the sitters felt hot.  Some of the members were freezing cold.  The room temperature should have been exactly the same for everyone but there was a distinct heat which could be felt and then for some of the members an experiencing of cold.  This was accompanied by the mist which seemed to grow thicker and in fact turn more like a smoke.

The members watched as the energy seemed to build.  The exuberance rose.  The spirit children in the circle were then seen.  It was a fantastic moment.  The spirits were seen.  Then the next energy seemed to form.  A form of what appeared a body sat in the empty chair.  As one member started to depict his appearance and others watched just the light, the other medium started to fall into trance.

The message was directed to circle.  A voice to speak thanks for the gathering of Halloween.  Many spirits would visit, he said, from many eras.  This was to show the dates and entities who had come to see the circle.  Many spirits and children would come with joy for the event.  Many animals had also gathered for the occasion.  As this was said the temperature once again made itself vary.

Children seemed to want to play.  Clairvoyantly the energies were shown.  Next, the message was given they wanted to play with things.  A chair started to vibrate.  The control of the person in the chair was lost as the actual chair shook.  Then as if being pushed backward and forward it was moved in circle.

It should also be mentioned that children’s faces were seen with the frosting and icing from the buns which were taken in by the members for the circle.

A voice of what seemed a child joined in the circle.  Trick or treat, trick or treat, mind the many ghouls you’ll meet, be them young or be them old, be them friend or be them foe, watch the many faces you’ll behold.  A rhyme was said and these words were given to the circle by the child.  After this the spirit seemed to join other children and many masks were shown.  It must be said that the air and energy to the circle at this point was something phenomenal.  The symbols of many fairytale and cloaks, spooky fairytales were shown.

The younger energies seemed to blend with the old.  The orbs which started to flash were large.  Blue and also on this evening red.  Lots of colours and light rounds showing above members.

The energy of the man sitting in the chair came through.  Lucky and fortunate the circle was given a more deep look into who he was.  Paintings were shown and an estate where the names and information were given.  As the gentleman showed, the light in the room was fluctuating; the name of Rothbury was given.  After research it can now be shown that the Earl of Rothbury was indeed a historical figure and Rothbury is a place in Northumberland where Cragside, is the first private home thought to first be lit by hydro-electricity.  In the circle many of the sitters could see woodlands and the name of Thomas came forward.  Rothbury and the magnificent Cragside is surrounded by woodlands and was visited by Thomas Forster.  Also the medieval scenes which surrounded the images in the circle connect with Rothbury which was a medieval hub and Jacobean centre.

A number of taps came from the surroundings in circle and were made in response to statements.  Clairvoyant images were also seen and given to the members.

As the circle was drawn to a close the members lifted.  The closing words were read and the lights in the red box were switched off.  After the circle closed we were able to check the objects and could see that the chair which had been frequented by the gentleman was now pushed back.

The circle was a Halloween phenomenon.  Many thanks were given.