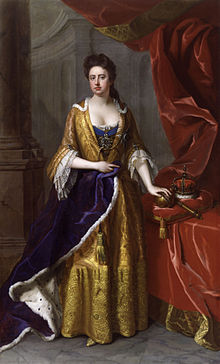 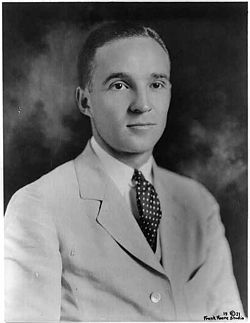 Attended the Northdown trance and physical sitting on the 7th February 2013.  This was to be an evening which showed spirit’s more personal aspect, the links with members and a wondrous display of lights which would mesmerise.

Primary checks were made and sitters sat in their order in circle.  The red light was switched down and with other lights turned off, the curtains drawn and the door shut it was upon beginning with the opening words that the circle was officially started.

The temperature was cool.  A freezing chill which surrounded the sitters but was particularly felt on the legs and back.  It was then spirit was asked if they would like to join in with proceedings and a green light was seen to start to take along one of the panels on the door.  The cold is usually a good indicator that spirit is forming or energies are starting to participate.  The cold is said to be sensed if loved ones are near but it is a wet ice almost uncomfortable blast of air which denotes spirit coming to aid with physical.  Many faces, outlines of individuals and presence could be seen but the circle then were shown one female spirit and she stated the name of Queen Anne, Anne 6 February 1665 1 August 1714 she ascended the thrones of England, Scotland and Ireland on 8 March 1702. On 1 May 1707, under the Act of Union, two of her realms, the kingdoms of England and Scotland, were united as one single sovereign state, the Kingdom of Great Britain.

The lady was able to be seen standing within the placing of chairs.  Her name given, she looked out at the sitters and a second name of Elizabeth was indicated by her.  The dress she was wearing was taken note of along with a sense and awesome burst of activity in the formation of tiny orbs.

The orbs are said to be one of the easiest active marks that spirit can visually define and whilst it does not take a lot of energy it still is something to behold.  The lights were particularly strong, streaks of gold one sitter claimed was like a flash or line of lighting.   Queen Anne was an instigator of much physical formation.  Despite seventeen pregnancies, Anne died without sadly having surviving children and was the last monarch of the House of Stuart. She was succeeded by her second cousin George I of the House of Hanover, he was a descendant of the Stuarts through his maternal grandmother, Elizabeth, daughter of James VI and I.  Hence Elizabeth became a connection for Anne not only as a means for the line to continue but as a definitive figure in her life.

Tanakh as a word was given by spirit.  Many male energies in robes or cloaks were at that point in the sitting noticed to be walking inside the assembled gathering and wanting to show and make reference to the Tanakh and Torah.  Later the word was looked into and found to link with the Jewish faith and specifically the versus of the Religious binding.

Often spirit can consciously denote several scenes and stages of life in preparation for the sense of a wider message.  This message could be directly for the circle or as a theme or symbol.  Subsequently to the Jewish spirits which could be seen fully robed there was a number of German depictions and place names along with spirits who would have lived in Berlin.

The name Ford was indicated by spirits and the model of a car along with a picture of a young male.  The photo was looked into and cross matches to that of Edsel Bryant Ford November 6 1893 May 26th 1943.  Not only was this gentleman the exact same age of Queen Anne when he passed as they both joined spirit at 49 years but both suffered with the same medical complaints.  Both had terrible fevers which could have led to the ultimate illness which took them from this level.

The circle were treated to many heart endearing moment by spirit as entity after each other came in and addressed loved ones.  At one moment the red light too lowered itself and adjusted the setting to the delight of the sitters.

Information came from spirit and was given to the sitters, birthdays recalled and memories shared.  Spirit evidenced their love for those who attended.  The lady Anne who entered the circle also did so it was noticed after on the day which would have followed that of her own notable birthday in life.

The children in spirit too made an entrance and along with loved pets were seen as they walked amongst the seated members.  The child like energies keen to do something and playing with one of the individual’s shoes, after circle one of the accessories on the footwear had actually shown where the infant had played with it and wobbling as a result of the experience was visually now out of place and fell off.

Spirit were thanked for their participation.  One spirit who talked, spoke to the circle of miracles and the part that they have in lives, all things should be seen he said and not just the big expectations which are felt but the small comforting events should be appreciated just as with the spirit who had helped to shape circle that time.