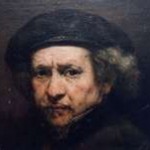 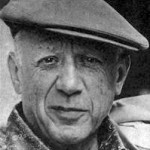 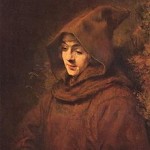 Attended the Northdown trance and physical circle on the 5th March 2012.  As per regulation of a physical sitting, the room had to be kept in darkness, the red light box was switched to a low setting, the curtains were drawn to make sure no light could come in, the door was closed and there was a check on the objects.  The objects in the room were the table upon which was placed the two trumpets and crystal ball.  The Abacus was also put on the floor at the side of the room.  All members took their seats and this time the member who plays the drum for the begining of circle, took up a bowl upon which he rang out a specific mellow hum.  The bowl ring is done by spiritualist, as an invitation to energies.  It was as this was done that the begining words were said, and the circle was allowed to begin trance.

At first, all members went down into trance, it was a quiet period.  It was only after the first few moments that the cries of one member alerted the group to the fact of how misty the room had grown.  It was upon looking that it was seen that a film of grey particle like energy had formed.

The temperature in the circle also fluctuated.  One side of the room felt an incredible heat whilst the other felt icy.  The red light also made a dip, in which the light suddenly lowered.  As a result the room felt dark and then it was quick for the members to all sense that a number of energies had stepped into the room.  Names came through, information pertaining to events and the circle felt a lot of energy sweep past.

In particular the names of individuals came through and linked with historical frames.  The time set and eras became important.  It was at this point that spirit seemed happy to talk and the mediums felt a difference in energy.  One medium opened their mouth and spirit embraced the circle.  It was a female energy and one which had been linked to another in that of a male.  The male energy had a fondness for cleaning and a visit would be paid, it was felt, from this spirit to the assembley.  Only, the spirit warned, that this male energy would be cleaning around the room and not a speck of anything would be left not cleaned.

The circle was still taking this message in, when another spirit walked through, this that of a male talked of 4 energies.  This spirit collectiv e were helping to further enlightment and to help open the door.  It was encouraged that the group should look to the side for spirit visitation.

In particular the names of two artists were mentioned.  Spirit highlighted Rembrandt and then Pablo, this was taken to mean Pablo Picasso.  It was after this that the circle could see art and art work.  Periods in history were shown, alongside a man in a monk like clothing with hood.  This man in monk clothing was seen by three of the assembled s ix members of the circle.  Following this, a Swastika was seen and it was referenced that this symbol had not always stood for one meaning but had meant something else to start with.  Poetry was also brought in by spirit, with poetry corner, being mentioned.

Specific entities brought through a breeze in circle.  The artist’s theme of the circle was upheld with the two figures of both Picasso and a classical artist.

Rembrandt, 15th July 1606 -4th October 1669, is generally thought to have been one of the most highly evolved painters and paint makers in European art; this allusion by spirit to this painter does not seem to stop with just the reference but was also brought up by them alongside Picasso, that of another painter who after research shows that there are many comparisons which could have brought them close.  Titus, Rembrandt’s son, was also the feature of one of his paintings and following research it can be seen that he is wearing a monk’s robe with hood.  This seems significant as this monk with hood was not only seen by one of the sitters as standing within circle but also a while later when one of the medium’s chairs started to shake, and the monk figure was seen amongst two others behind the seat.

Rembrandt not only contributed to the Dutch Golden Age in art but also was in some part antithetical to the Baroque style which was notable of the age.  Prolific and innovative this painter was thought to not only have broached a new field in art but also to have heralded a new form.  Body and anatomy concern centre as paramount for him, as many of his paintings were portrait or based on body poses, in a similar vein Picasso also was notable to have started to paint the antamoical sketches from an early age.  Both painters were also linked to poor being, not as a result of wealth for Picasso but as an empathy for poor individuals where as Rembrandt also fought to stave off this element.

Henrickje, the word was mentioned in circle as Henriette, this name flowed through several times and after research it is perhaps the indication to the name Henrickje who was associated with that of Rembrandt.  Rembrandt’s paintings have a quality which is beautiful and timeless.  Picasso too has captured an ever after wonder in his paintings.

Both, Rembrandt and Picasso have founded art movements.  Rembrandt contributed to a new style and was paint maker as well as painter, just as was Picasso.  Rembrandt, who painted with such beauty, was considerate and said to blend the earthly and spiritual seemlessly as has no other paint er in Western art.  His painting of Titus, in 1660, is also a spookily similar scene to the one seen in circle.  Just as this was evident, Picasso and his birth place, the street in Malaga, was both seen just as shown in the above picture but also the name Malaga was said by one of the other sitters in the same circle.

Picasso was co-founder of the cubist style, Picasso, Matisse and Marcel Duchamp are commonly regarded as the three artists who most defined the revolutionary developments in the plasic arts in the first decades of the 20th century, responsible for significant developments in painting, sculpture, printmaking and ceramics.  Rembrandt was also a founder of his printmaking, painting and unique self-portrait style.  Whilst, it can be said, that yes this links are common to that of an artist, it is wonderous that both these artists not only made a famous and particular stance of their name through this but both are the most renouned for having their paintings depict scenes of significant moments, in Rembrandt’s case this was in his painting, Night Watch, in circle the word Night Shade was mentioned, it is thought that this is in relation to this picture.  It is in Night Watch, that Rembrandt found difficulty, as it was thought the painting was showing that of night, and it was then considered illicit as it was of the dark.  Yet, this same painting when looked into was then seen to show the Musketeers entering a scene which was removed to that of popular thought.  It is also odd to note that this picture Night Watch, was centered around the dark and night, something which can also be notable of our circle, which is in the dark and produces spiritual physical.

Picasso demonstrated extraordinary artistic talent in his early years, painting in a realistic manner through his childhood and adolescence. During the first decade of the 20th century his style changed as he experimented with different theories, techniques, and ideas. His revolutionary artistic accomplishments brought him universal renown and immense fortune, making him one of the best-known figures in 20’th Century.  As is shown, Rembrandt used his individual being to express his views and opinions of his own century.

In spirit, it is thought, that individuals of the same mind stay together.  Spirits can therefore evolve and link through this shared evocative strain of passion, the spirits of the same mind hence stay together and through this showing of the two Rembrandt and Picasso spirit have given some proof of this via circle.  Paint makers and painters alike, both intrepid in style and movement the two share so much.

Realists and captured emotion feature through both artists.  Also, the poetry corner which was mentioned in circle this relates to Picasso, who after research can be shown was little known for his literary work.  He wrote 300 poems between the date of 1935 – 1959 and it is felt this was the indication inferred by spirit.  The swastika also becomes important here as it was during Picasso’s time that the Nazi had taken hold of the country and banned his art work, however he imported tools and materials into the country.

There was a lot of clairscentience.  The smell in the room was differed, mediums could smell new scents.

The taps also came rapidly on the sides of the room.

The mood in the circle was good.  There was a sense that the room was crowded.  A lot of flashes of light were also seen lighting up parts of the room.  Another medium was also able to bring through voice from spirit.  Upon opening his mouth the spirit said a hello to the sitting and began to talk on the nature of the bowl which had been used at the start.  A way to help bridge the gap between the people and spirit.  He entranced the circle with a speech on the being and explanation of clairvoyance.  How people could participate.  The same medium then once out of trance picked up on the sight of the monk.  It was perhaps Titus that was seen in circle.

It was at this point that a small figure was seen of that of a man who was incredibly short and was walking round the circle.  After research into this it can be noted that this can relate.  Pablo Picasso is known to have used the theme and symbol of a dwarf like man in many of his later paintings and art work.

An image of a gun was also seen in the sitting.  It is also, after research, sadly poignant and emotional to note that Picasso ‘s wife Jacqueline Roqu e shot herself at the age of nearly 60.  This was yet another link evident to his life.

However most notable has to be the allusion that Rembrandt and Picasso link on another level; Pablo Picasso has painted a picture under the title Rembrandt and Saskia.  This picture is to capture the love of the painter Rembrandt and his Saskia.  Saskia was Rembrandt’s wife.

Although the circle had been taken up with an art theme, the message being of importance from spirit level, there was also a loving link to the animals of members who had passed.  Chinese figures were also seen with Oriental, whilst it is known that both Rembrandt and Picasso had Oriental collections it was also a host of spirits who wanted to show evidence of life to the circle.

Amongst the art figures, Toulouse-Lautr ec, was also seen, after research it can be shown that Picasso was notable for looking at work by this artist.  This same Toulouse was known for his immence art work and yet his short stature as a result of a medical condition.

At the end of the circle the closing words were said and members were allowed to come out of their trance.  The items were checked, it was also noticed that a lot of light had started to shine and that the room had taken on a calmness.

Pics are taken from online encyclopedia.  Pics are of the son of Rembrandt, The home scene of Picasso seen in circle, Pablo Picasso himself and Rembrandt.