Halloween séance 2014.  This is the written account of the Halloween séance most recently sat.  It was as the members opened the séance the notes were taken and the activity seemed ready to be investigated.

Two pumpkins were added to the objects for the physical séance investigation.  The pumpkins were lit.  See below for full images and reference.  In the séance members are asked to be quiet and note only what is heard in the room, there will be moments of discussion if something has been observed but the majority of the investigation is focused on what is unexplained audio evidence.  It was as the light in the corner of the séance started to flicker the members noted it and it was at that point a distinct crack was heard to one side of the séance and something like a chime almost one second later on the other side of the room.  Neither of the noises should have occurred as a result of any of the objects which had been placed within the séance.

It was a few minutes later blue orbs were noted by members.  Several blue lights had seemed to occur and reports all had them placed near to the pumpkins.  At that moment a photograph was taken of the two pumpkins and the result is shown in picture 2.  You will note the odd shape in the corner of the eye of the right pumpkin.

Several doors were noted as being closed even though there is only one door in to the séance room and that was firmly closed and without movement throughout the whole séance investigation.

Voices were noted at points in the séance and these sounded like children all talking at the same time.  While words or meaning could not be taken from the minutes of talking, it was interesting that the voices were heard from several different members and at different places within the séance.  Each time it sounded like a clustered group of children deep in conversation.

As practically all members could hear the same physical sound, the spirits were asked by one of the mediums if they could please do something else that all could note, it was at that time a strange sound was heard.  It lasted for a good two minutes and it sounded like a flute.

The physical activity did seem to be occurring all around the séance.  This was interesting as reports could be taken from different members and each investigated as it occurred.  Blue lights were seen again by the members in the séance later on and it was as members were reporting this sighting that one of the members felt the back of her leg being pinched.

One more Halloween based incident occurred when members said a HAPPY HALLOWEEN and what looked to be little foot prints showed up on the table top.  On one member stating they had noted it, every sitter looked to where the member pointed to the unexplained foot prints and there were two sets of odd dots around two individual prints of feet.

The feet shapes did not last more than a few minutes which in itself was odd.  The prints had been over the top of the table but on closing the séance no prints were in evidence.  The photograph of the pumpkins are as shown below.

It is important to note that after the picture of the pumpkins was taken twice the member who was flicking through the photos was alarmed as the photographs seemed to have disappeared from the device on which they were taken.  The boxes were there but the actual photographs inside disappeared.  It took several attempts from the member to get the photos back.

Picture 1 is of placed pumpkins in investigation.  Picture 2 is where after the séance is was noted there was something shaped into a letter or form in the right eye of the pumpkin on the far left. 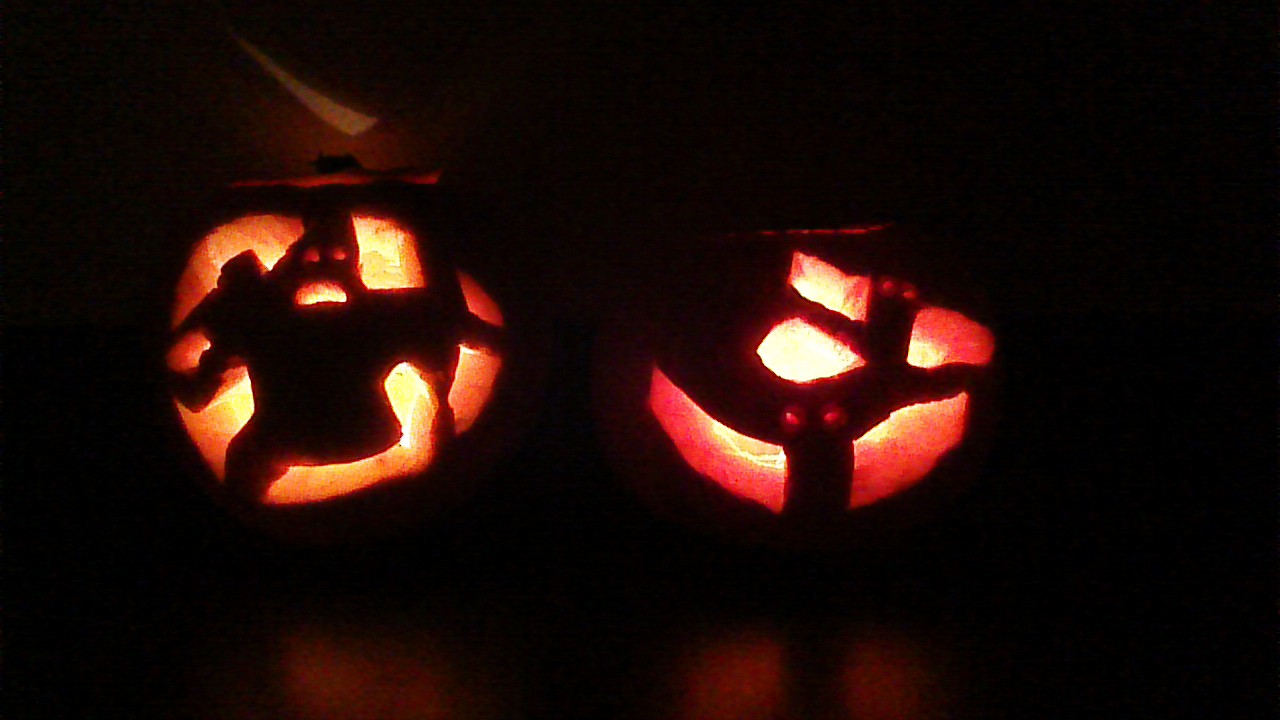 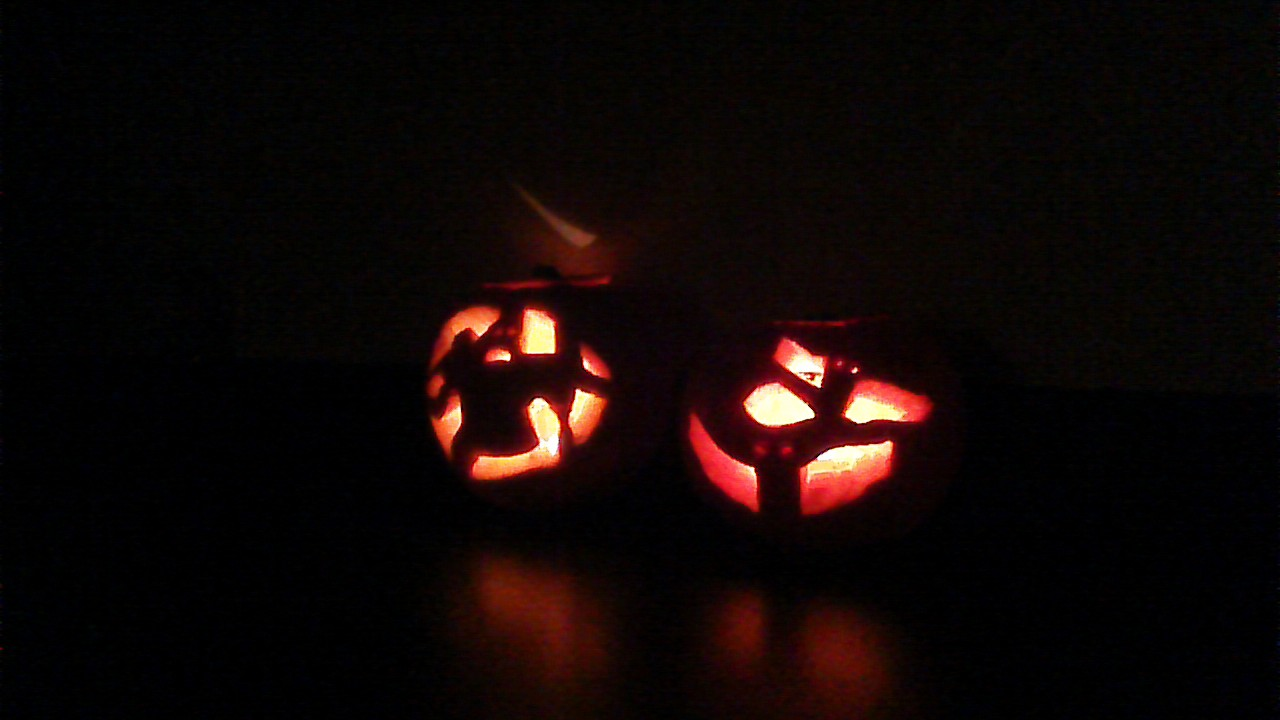