Circle to be remembered. 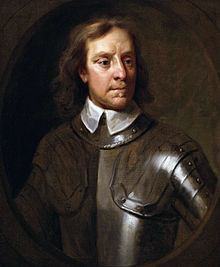 At the opening of the sitting members all quietly listened to the words stated to invite entities to the room.  The members all patient waited as the silence gave way to taps running over the walls and as it grew louder it was known that people were present.

One of the mediums asked if the entities would like to converse with the sitting.

The taps like cracks were heard and it was as if someone was hitting the wall with their knuckle or endeavouring to get the mediums’ attention. 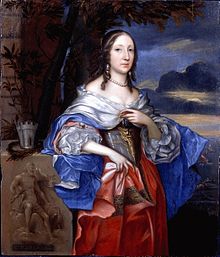 The sitters first saw a white mist and from it the whole room became cloudy and a spirit of a gentleman started to make the identity of himself apparent by speech.  One sitter in trance opened their mouth and a male voice enunciated the name of Oliver Cromwell.  It was noted down and after it was found to show Oliver Cromwell 25 April 1599 to 3 September 1658 was a parliamentary leader and defender of the Commonwealth of England, Scotland and Ireland.  He was of military and parliament status fighting to uphold the law of the land.

An independent puritan Oliver Cromwell was born into gentry and after believing religion to be his calling he fervently stated that he thought a higher being was guiding his hand.

In the circle it has to be said the mediums all felt and saw many scenes of battle so that the period where this spirit was this side would have been one filled full to the brim in fights.

At the duration of circle it was not known but Oliver Cromwell in life would have himself seen much battle both from his role as defender of the country and in his ambitious career as front man of the army.   Cromwell entered the English Civil War on the side of the Roundheads or Parliamentarians and he was nicknamed Old Ironsides.  He played a significant part in defeating the royalist forces.  In spirit he sat with those gathered and gave a distinct impression that much said of his nature was taken out of context.

Spiritually often energies will remember life events with a mode to bring about an idea not only of what they did on this side but also how they have learnt and shaped their ideologies from where they have passed to and to some degree it was felt by the mediums that night that though he was an inventor of the New Model Army and is one of the most controversial British notable figures of history it was his belief in his ability as a father and the relationship that he had to one daughter was what he had come to talk on.

In the circle two spirit were seen and when Oliver Cromwell finished talking he stepped to the side to reveal that of another energy.   This other person was not easily seen though the large dress which would have been fashion of the period was picked out by several of those who sat.  More vision of Oliver Cromwell from his politics came and many watched as he portrayed the responsible part he had over England.  Oliver Cromwell who was a member of Parliament for Huntingdon and Cambridge between 1628 and 1629 and 1640 to 1642 but it was only for a short time for the later.

It was clear to everyone that evening spirit had something else to say.  With shadows creating moody dark patches in the room it was hard to see the features of those who sat but it was easy to notice that the new entity who had joined proceedings was a female.  Her dress and elegant sweeping motion had one medium trying to find out who she was and why she had come and if she had any relation to that of Oliver Cromwell the other guest who had spoken to the meeting.  Elizabeth Claypole née Cromwell gave her name in trance from the mouth of one of the members and within a few moments she brought into the conversation her passion for charity and helping needy individuals she wanted it to be known she wanted to do so much and whilst we couldn’t ask in the middle of her narrative after her name was looked into and discovered she was the very Elizabeth Claypole of  2 July 1629 to 6 August 1658 and was the second daughter of Oliver Cromwell, Lord Protector of the Commonwealth of England, Scotland and Ireland, Elizabeth Cromwell, and reportedly interceded with her father for the lives of royalist prisoners. After Cromwell created a peerage for her husband, John Claypole, she was known as Lady Claypole and after she passed she was buried in Westminster Abbey.

This claim in the circle that she left all members emotively sensing was her aim to relieve pain as much as she could and though nothing through a search came to link with it later efforts lit up the fact on 16 September she pleaded despite her own failing health that her father might do away with the High Court Justice as they were the reason for killing hundreds and even while she was sick she fought for what she believed to be true.

It is strange and eerie that today 16 August we write up this blog and in the same month of her passing so many hundreds in years later she wants this concern for people to be remembered.   We live in war fuelled weeks at the present where there must be some overlap with the decades where both Elizabeth and her father were alive and even though we are supposedly much more advanced in technological and cultural aspects the basic desire for bloodshed and power is oddly apparent and there is a lack of emotion for the condition of others.  The circle sat without knowing what was to be but were shown people who in life fought for honour and often ended by taking geographical wins over human loss.

Elizabeth was buried at Henry VII chapel at Westminster Abby.  Oliver Cromwell and his wife had many children but his attachment to his daughter Elizabeth has been noted through letters to be unlike anything else with him stating that he thought her to have a spiritual faith.  The relationship was strong on this side for both father daughter and in spirit they came through together.  In the month of August which we are in now both so many years earlier were buried at the same time.  Having lived closely and with them striving to do what was necessary they lost their own health relatively near to one another.

In life Oliver Cromwell is said to have seemed serious with a unshakable rule to do what he thought best but in spirit it came through his words and tone he was removed from the reason to believe that everything was black or white and it was his heart which led him to watch over his daughter instead of the government interest over England.

Elizabeth was quite a good entity to have in the sitting as she was eager to talk on her common view on the world affairs and how in her own small action she had tried to make people more flexible on what they thought and less moved to kill.

The circle is an arena if you will where people who have passed can come either by themselves or with others and bring about their evidence of who it was they were and what they want to say.  In witnessing Elizabeth and Oliver Cromwell two things shone and became vital to take in and think around.  Both came in a month where they had passed to spirit or had been buried and wanted it to be made evident that action do not always justify the instigation.  While we have reports on certain noble men and women it is not always right to think that what is historical validity is all there is because Elizabeth in her own right made appeals to give more freedom and peace to the people but it is not something widely heard of nor is the ideals of man what makes eternity but more his dedication to the pursuit of putting wrongs behind and balancing the scale of order.  The pictures are of Oliver Cromwell and Elizabeth taken from online encyclopaedia.