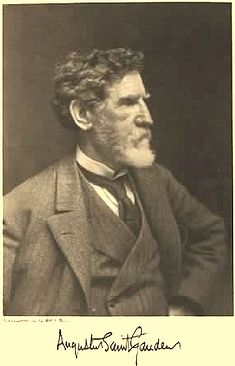 Please read below for a frank overview of spirit interception in circle.

The circle started with all the members taking to the beginning stages of trance.  The opening had already been read aloud and spirit were eager it seemed to make contact.

The day had been warm and with it still being early evening and only moments before the circle had started it had felt oppressive but as the trance became effective so too the cool icy chill entered the room.

Members then began to report feeling cold with many already beginning trance soon voices flowed into the room.  One male entity who rushed his words wanted to give a name but all that he said was Augustus.

This spirit in life had been notable.  Art was his passion and this could be said because tall sculptures could be seen around him.

With the information he gave he also let the mediums gain a sense of culture which was important but more than this he talked of a bird of which he was very proud.

All the information was noted down for later referencing.

Augustus Saint-Gaudens March 1, 1848 to August 3, 1907 was the Irish-born American sculptor of the Beaux-Arts generation an intrepid man who most embodied the ideals of the “American Renaissance”. Raised in New York City, he travelled to Europe for further training and artistic study, and returned to New York, where he achieved major critical success for his monuments commemorating heroes of the American Civil War, many of which still are visible and it was this which he in spirit showed with sculpted figurines and gold statue seen by the mediums. In addition to his famous works such as the Robert Gould Shaw Memorial on Boston Common and the outstanding grand equestrian monuments to Civil War generals John A. Logan, atop a pedestal done by the architectural firm of McKim, Mead and White, assisted by the Chicago architect Daniel H. Burnham in Chicago, 1894 till 97, and William Tecumseh Sherman, at the corner of New York’s Central Park, 1892 to 1903, Saint-Gaudens also maintained an interest in numismatics and designed the $20 “double eagle” gold piece, for the US Mint in 1905–1907, considered one of the most beautiful American coin ever issued as well as the $10 “Indian Head” gold eagle, both of which were minted from 1907 until 1933. In his later years he founded the “Cornish Colony”, an artistic colony that included notable painters, sculptors, writers, and architects. The coin was indicated from his spirit during the circle and it was through the wings which were seen, then the beak and the head of the soaring creature of which Saint Gaudens used as a mark of his legacy.

As the evening progressed so too did spirit communicate more with speeches about the spirits who had gathered being of theatrical backgrounds.

Two spirits spoke of a Greek island and along side this a female entity was seen who wished to be known as Maria Callas.  A  search was made and found that Maria Callas was an opera singer who did perform in theatre just as spirit had stated but there was more..

Edward Estlin ” E.E.” Cummings October 14, 1894 to September 3, 1962 was an American poet, painter, essayist, author, and playwright and in spirit entered the séance first stipulating E E over and over until a medium worked it out to stand for his intro to his identity and as this was clarified spirit aided everyone with the full title with now what is known to be E E Cummings, the energy E E came through with two others being that of Miss Callas and Edgar Rice Burroughs as they each had something they shared.

Writing and portrayal was something all the spirits that evening had a bond to being in.

September 16 1977 was when Maria Callas passed to spirit the same beginning part of the month as E E Cummings and the same as shared by the third in Edgar Rice Burroughs.  All three went into theatre stage through Miss callas as an opera singer and E E Cummings who wrote what was later performed in the area of public domain as did Edgar Rice Burroughs whose fiction was also played out to millions and just as spirit had mention there was a tie with Greece as callas was born to two Greek parents.

Burroughs who was Edgar Rice Burroughs September 1, 1875 to March 19, 1950 was an American writer, best known for his creations of the jungle hero Tarzan and the heroic Mars adventurer John Carter, although he produced works in genres of adventure.  It was this which was a mere moment later inferred to by an entity who gave his full account on why he wanted so much awareness from the members. 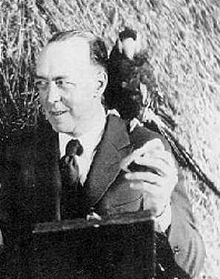 The spirit, who made an attempt to give dialogue, be seen and felt in that sitting did put over the sincere and overriding philosophy that one should be heard to vocalise the things that are in a heart.  Whether it was in song, construction or the books that were handed down from these four, the long lasting impression goes on.

It had been a sensational circle with the spirits who came all providing evidence not only of who they were but also why they wanted to be present.  It was thought provoking to learn about the national sense of what each had represented with both E E Cummings and Augustus conveying politics and battle as a means for concern.  Not simply finding these topics motivating these two leaders of the field went on to put the feelings into many critically acclaimed masterpiece.  The image on the top of this blog illustrates the likened dollar to that which Saint Gauden evolved.

I would just like to add that in connection to this blog we have had lots of comments from people asking if they could get involved by becoming a guest writer and putting up posts, first let me include from spirit the warmest thanks for the attention you are giving to the site and to what is written, it is directly what is provided from spirit and the whole site is guided by spirit and is meant to be shared world wide.

Spirit do help to influence and give the content for all articles.  We would love for people reading to get involved by sharing their stories and it will of course be featured in the Inspiration on the site and will no doubt go on to aid and share the experience with so many others.

Pictures in relation to the blog are of Saint Augustus, Edgar Rice Burroughs.  Pics are taken from online encyclopaedia.