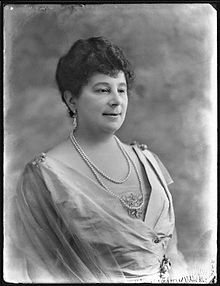 Sitting in our trance séance gives a moment to look at how spirit can be part of our world and what we consider material evidence.

The members were keen to begin so as the sitting was opened and spirit asked to make evident if they were present, no more than a little later the first activity took up..

With one sitter reporting her arm being firmly and tightly taken by someone and then loud cracks being noticed on the same wall by that sitter, the mediums all began trance with one mumbling a lot of sentences in a rush as though there was one who wanted to talk.

The mediums asked the entities who had come if they wanted to speak and child like voices began to take up in the corner.

With a little girl walking across the room seen by two of the sitters it was clear spirit wanted sight, sense and audio to be part of the evening.

Baroness Emma Magdolna Rozália Mária Jozefa Borbála ” Emmuska” Orczy de Orczi 23 September 1865 to 12 November 1947 was a Hungarian -born British novelist.  She was a playwright, an artist and exhibited at The Royal Academy London.

This spirit was the first to talk, first seen was the image of a highway man with his face covered.  His eyes were visible and mediums who sat begun to associate the man as something which was part of the life or important in some way.  As energy was taken to form the clairvoyant appearance of the sight, energies were then asked if there was anything else which needed to be shown and it was a few moments later a lady was seen and the name The Scarlet Pimpernel was uttered.  The Scarlet Pimpernel staged on the 15 October 1903 at the Nottingham Theatre Royal was in fact a literary piece known to the world first one hundred years ago.

It was seeing the Pimpernel and its author that the realisation was made spirit wanted a commemoration of the author and from spirit we were able to gain the reason for it.

The circle sat and looked as the spirit of a well dressed lady was seen.  Her dark hair pulled up she seemed as if she had only just walked out of a most elegant hall out of a period little like the one in which we sat.  Instead she addressed the gathering but with trance active her form was seen in one part of the circle but her words came from the mouth of one of the sitters.

Writing, a passion but also a lifeline she said, putting a part of yourself out into the world was not easy but necessary.  Her speaking was quiet to start but became louder with the words following more as she took to talking through someone other than herself.  Her conception for The Scarlet Pimpernel had been from ad venture and the love of thrilling notions which could pump one’s heart and make one breat hless from the excitement of it.

The sitting was taken aback as the spirit in full motion was seen physically to barely restrain her passions.  The one in trance spoke with a trace of a deeper tone and tried to accelerate their own words as she from spirit spoke faster.

The Scarlet Pimpernel was a man who represented an era, the darker part of society i llicit but more a sensation over rumours than what was observed.

With the anniversary of a hundred years coming up for The Scarlet Pimpernel it is easy to see why the author would want a link to be made.  In fact through research I have noted that the first stage showing of the novel was not a success.  This may account why in the séance the author was seen to be noting that difficulties were also felt for her along and against her achievements.  The beginning of its life as a documented fiction was nothing like the fame it won in later years with Television series coming out in many countries, the author standing behind the opinions as the watching millions made up their own minds.  It is somewhat a revealing fact that spirit bring when the information is collated from their time in a sitting.  The small and bigger connections they provide and illustrate.  The lady spirit from that evening was first picked up when the highway vision was seen.  His initial sighting was why questions were asked by the mediums.  The author then made us all aware as she let us hear who she was, why she had come on that day and what she wanted to be seen.  The origins of her fictional work is now a new form of what she intended as is the case for so many fictional pieces I am sure yet through the spirit meet we were let in on a view little heard of by many and whilst the physical efforts of spirits were appreciated as the senses could be shared by the sitters it is that sharing from an individual and her reflection which made all the individuals t hink.

Picture is of Baroness Emma Magdolna Orczy.  Picture is taken from online encyclopaedia.