This investigation into possible spirit activity is dedicated to one person.  There was information about one spirit, links and activity all featured around the one man.

The physical séance started out as per regulations with room checked and members prepared for the evening.  The sitters were able to watch as part way through the evening, not long from the start, it was about a five minutes into proceedings that the medium’s trance state deepened.  There were notable moments of activity which were unexplained but noted a few minutes before the medium began to talk in a voice unlike her own.  Orbs, small unexplained lights were seen around the room and the temperature started to get increasingly cool.  Both these activities were known to occur as or before spirit voice may be heard.

Peter Michael Falk (September 16, 1927 to June 23, 2011) was an American actor, he was best known for his role as Lt. Columbo in the television series Columbo and he is the person who is believed attended for this séance.  Falk appeared in numerous films such as The Princess Bride, The Great Race, It’s a Mad, Mad, Mad, Mad World, Murder by Death and A Woman Under the Influence, as well as many television guest roles.  In the séance he recalled being a Detective fondly.  The medium talked of acting being a profession of the head and heart, you couldn’t let it in one part and not the other.  Alter egos were a part of the profession too and you lived with a lot of laughs, interests and snippets of people’s lives to hand.  You had to live the part, be the person you portrayed because someday when the movie was watched people had to feel you were the guy they had gone to see.  Personal information was linked to by the spirit in the séance, he talked of important people in his life and his girls.  He was nominated for an Academy Award twice (for 1960’s Murder, Inc. and 1961’s Pocketful of Miracles), and won the Emmy Award on five occasions (four for Columbo) and the Golden Globe Award once.  Many celebrities, Directors and noted individuals of film have stated that Peter had a good range of acting ability right from comedy to drama and he could go from bringing you to tears of sadness to tears of hilarity.

Notable information and Validated links:  In the séance Alfred Hitchcock was noted by the spirit as a name he would like mentioned.  In life Peter Falk had appeared in two of Hitchcock’s television series.  October was linked to by him as he said there was an anniversary for something coming up and this was noted around the time that the medium had started to move her hand as if in a drawing pose.  Research has shown that October is a link for Peter as an accomplished artist, and in October 2006 he had an exhibition of his artwork at the Butler Institute of American Art, and this is where many of his exhibits were displayed.

The séance was able to note that Peter Falk would have only just had the anniversary of his birth date.  There were moments when in the séance the spirit talked straight to the members and it felt oddly intense as he said you have to be as good a Detective in life as you can be, seek out the stuff that makes you happy and make it stick.  Be the one who solves the investigation, don’t do the crimes of course but seek out the rewards and the personal satisfaction in life because in the end that’s the stuff that matters, the stuff that’s important, it’s all about how you lived your life and what makes you happy.  In the séance the spirit gave love to his girls, this was said three times.  It was an interesting séance and one which only had one spirit but there was a lot of laughter, noted information and links which made it the physical séance that it turned out to be. 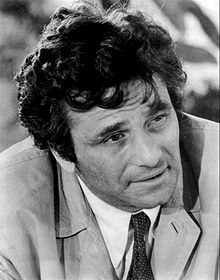 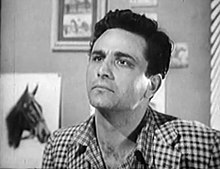 Pictures are of Peter Falk, pictures are taken from online encyclopaedia.