Sometimes as spirit come to a physical circle, they do so because there is a purpose to materialise or they want to bring some form of themselves to the conscious of others, the sitters, and mediums will be participant in watching as spirit join with this side. 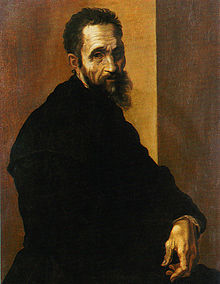 In this circle spirit showed that they not only remember their loved ones this side but it is possible for them to bring this recall to the personal referal that they want to be a part of and through materialising on the date portray that they are still interlaced with lives.

Being a member of a trance sitting is a privilege it is something that provides astounding and often never before seen accounts of spirit as they endeavour in their aim of touching upon and combining with life from where we reside.

In this seance spirit identified a love beyond what was known possible, in remembering and showing this memory of a child’s birthday two spirit were able to show their love from where they are is still important and just as personal as it ever was. 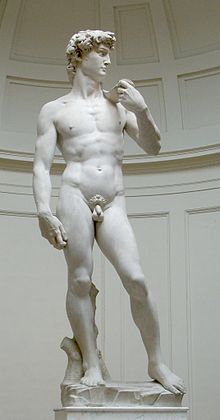 At the opening of the evening the medims allowed themselves to commence trance.  The room had felt calm and with the first signs of spirit visitation, the temperature turned from warm to cold.  The two sitters watching invited spirit in and as this was said a male voice spoke.

Michelangelo di Lodovico Buonarroti Simoni 6 March 1475 – 18 February 1564, was an Italian sculptor, painter, architect, poet, and engineer of the Renaissance period, a fellow associate of Leonardo Da Vinci they together are considered the pioneers of the Renaissance age and the fathers of art.  It was as his spirit was picked out that the tie to art came strongly, the energy stood in front of one of the members with tool held as if to capture a scene and from this the next few actions made apparent this man was one who loved and devoted his life for the innovation he felt in his heart.

A medium in trance started to make noises.  Those sitters who could see the entity watched as he looked around at the members clearly wanting to speak.  The medium in trance opened their mouth and with the physical outline of the man walking over to the medium a male voice spoke claiming the name Michaelangelo.

The members took hold asking if the spirit would like to engage in conversation.  It was asked who he was, what he would like to talk about.  The voice then paused as if to prepare and with short phrases not totally English made effort to indicate creative influence. 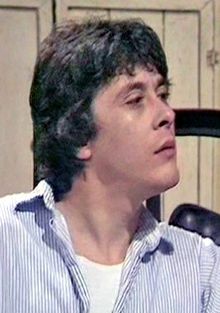 It was Michaelangelo who actually exerted an unparalleled influence on the development of Western art. Despite making few forays beyond the arts, his versatility in the disciplines he showed a passion and interest towards make him the archetypal contendor for the Renaissance man.  In circle he attempted to make vivid his close relationship to art and the life he lived.

Michelangelo was considered the greatest living artist in his lifetime, and ever since then he has been thought as one of the greatest artists of all time.  In circle it was not understood if a birthday or passing had brought him to the spiritual seance.  Anniversary connection usually means spirit feel a need or want to visit back to this level where they resided.   During his talk to those gathered he never said why he had come.  More effort was made by him to visually portray what his action in creation was and how his arms moved quickly but expertly in a process of making and bringing his medium to life.  The members waited till after to research and look to see if the date was special in any way to Michangelo and although the day of the physical and trance meet did not match to anything apparent it is intriguing that today when the blog is written up is the same as when so many decades prior the artist put his hand to first giving form to his statue of David.   This man who lived to build and aesthetically make his vision a reality was one whose numbers of his works in painting, sculpture, and architecture rank among the most famous in existence so this perhaps was why the sighting was made of him.

Michaelangelo’s spirit was insistent and keen for it to be noted he visited.  In life his output in every field during his long life was prodigious; when the sheer volume of correspondence, contact, sketches, and reminiscences that survive is also taken into account, he is the best-documented artist from the 16th century and one whose passing has not impeded his aim to talk of his art and the day when it was brought to life.  The circle was a good stage for him to come and discourse on being spirit. 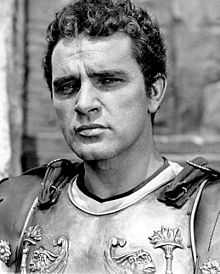 His work entitled David was sculpted before he turned thirty. Despite his spiritual energy only being able to show painting and the love of building, Michelangelo made a mark on the seance as he brought his facial features near to the mediums allowing them to see him.

It is always a wonderful connection which is made from spirit to members in a physical evening.  In a demonstration of Michelangelo’s unique standing, he helped that night in bringing out his ability from spirit and commemorating a day when his statue of David was made, in life it was he who was the first Western artist whose biography was published while he was alive.

In his lifetime Michaelangelo was also often called Il Divino the divine one. One of the qualities most admired by his contemporaries was his terribilità, a sense of awe-inspiring grand residing to his work, and it was the attempts of subsequent artists to imitate Michelangelo’s impassioned and highly personal style that resulted in something called Mannersim to be the next major movement in Western art after the High Renaissance.

The circle felt that Michaelangelo had put energy in his appearance to them in the sitting because it was a day coming to which he felt pride attachment.  Spirit can want a moment to be talked about even after they have passed and this was true of the next spirit to come to join the trance.  A spirit was detected who had a love of acting, a serious but power driven indivudal by the name of Richard Burton.

Power was a feeling, a base aim for the man to have and not in a negative but more a expression of his ability to master and be a king of his own talent.  Actually emotional the spirit came in with a will to be able to remind everyone of something.  It was evident that the male who could be seen and then stood at the side of the gathered mediums had an intention but when asked why he had made the enterence his response was one word Kate.  It was only when the meet had closed that the connection was found to be Katherine “Kate” Burton born September 10, 1957 is a Welsh-American actress and the daughter of actor Richard Burton.

The date of Richard Burton’s daughter fallen on the same day as the physical circle was an opportunity eneteties felt had to be brought to light.  Entities are the same as the loving fathers, mothers who have always given that stregnth, adoration and in whatever role they had keep the relationship usually enhancing the feelings of positive persuasion when they pass to the other world.

Spirit of Richard Burton was to mention one other word in the circle and that was Ivor.  Not known the mediums wrote this to be later referenced as a possible validation and it was revealed that one Morgan Ivor born 14 May 1988 was Katherine Burton’s son which would make him Richard’s grandson.  Birthdays which are important to entities do mean and aid as a reason for them to come through and in the Burton family this was so.  Even if the members do not have an immidiate clue as to why things are mentioned in a physical setting it will become understood later and this was so a while back when one Richard Beckinsale was seen on his daughter’s birthday who incidently both had the same first name.

In concluding the seance was one that proved beyond what was sighted, heard and felt that spirit do not only appear to talk of themselves or their lives but also to celebrate in a child’s birthday with emphasis on their ambition to still be a real loving example of their lives.

Pictures are of Michaelangelo, statue of David, Richard Beckinsale and Richard Burton.  Pictures are taken from online encyclopeadia.