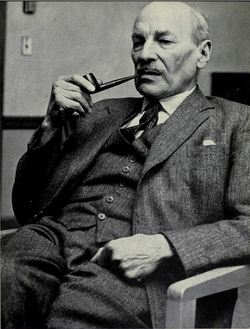 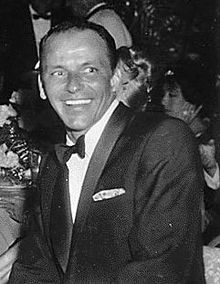 The sitting began with the usual taps to confirm spiritual individuals had come and wanted to make themselves known.  One sitter took the lead and addressed the spiritual guest and it was as this gathered pace that little blue orbs were perceived to float round the mediums.  It was not long before a white mist started to grow and a face came from this.  It was a man who was seen to replicate the image of Frank Sinatra and he did not want to talk of himself but of another.  He repeated the words Mickey Blue Eyes and showed two sights which lit up horses and boxing.   When this was written down he preceded to say that the date was one to remember and one of those able to see what he held up spoke out that he was singing about San Francisco and mentioned Bugsy.

It was not understood then by the sitters but there was a man who was about to walk into the circle and connect all the clues Frank Sinatra had given.  One man by the name of Mickey Cohen.  The same Mickey who as Frank had discussed in the meeting liked horse racing and boxing.  It was not only a friendship that was to be why Frank Sinatra had shown this but as it was also the month in which this man was to be remembered as it was the month of his passing to spirit.

Clement Attlee, the Civil war of America and Mickey Cohen one renowned infamous man of gossip along with Frank Sinatra all linked for this circle.  To say that it was an awe worthy gathering would be an understatement but what was enough to take one’s breath away was how one date, one time in the month could bring entities side by side from all walks of life.

Frank Sinatra was seen, it was insisted by him that the sitters should take note of the month and date.  As this message was given a phrase was cited by him and this was Mickey Blue eyes.

All the information was noted and attention was given to what spirit had mentioned.

After the circle had ended and closed the assigned member began to run the information though a provisional check for verification.

The names were looked into with relevance to the significant time and setting of the circle.  On this occasion Frank Sinatra was found to have an affiliation with July when the circle sat as it was during this time that he had much success with his singing career.

Mickey Blue eyes was more interesting as it was a double link that Frank Sinatra  spirit might have been alluding to when he talked to the circle.  Mickey Blue eyes did connect with his life but not as one would suspect.

Mickey Cohen was the friend of Frank Sinatra who also took the name of Ol Blue eyes.  Information verifies this bind of friendship and it was in the circle one male spirit was seen who wore a beige suit and hat.  Members watched as this individual energy took off his hat to those sat and showed off his fine suit.

Pictures investigated into Mucky Cohen show an identical man to the one who was seen in the circle.  His friendship with Blue eyes aka Frank would show the reason for why spirit stated mucky blue eyes.

Civil war images were seen by the members as spirit recounted events which had been notable and one spirit of an African man stepped forward he turned and it was noticed his back was scarred from lashings so that white flesh rivulets streaked his back.

This was all noticed during a time of exceptional activity.  The circle was sat as onlookers of the spiritual happenings.

In watching one entity who had been slave whilst the war began he came in with new information and stated when questioned by one of the mediums that his name was not important but the date was.  Taking this in, the subsequent probing into what was referenced by spirit provided somewhat breath taking revelation as on the ninth of the month there are many recorder diary entries from the ninth of July eighteen sixty four.

Clement Attlee’s spirit was seen and when his name was listed against the day of the year it was found that the labour party in England won the election.

Frank Sinatra was so persistent to mention that of Mickey Cohen.  Not only did Mickey Cohen pass in the month of July, but he was also why San Francisco was talked of by Frank Sinatra due to the 15 years Mickey had to spend there whilst at Alcatraz.  Spirit can integrate themselves into circle and make their point through huge number of methods.  With physical objects at tier disposal and mediums to take in what they show it is sometimes still necessary to pay attention to every part of what spirit gives.

Spirit can mix the past, present and events to came but what no person can deny is the sentiment and the nature of what is spoken of as each element of their coming through to a medium is vital.  Even if things can not be put in accordance with why they have come at the time spirit usually are there for a reason and make it obvious why.  Sinatra’s link to Bugsy was also right as it was a name around Mickey in that of Bugsy Siegel an associate.