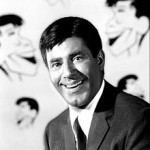 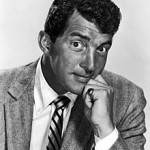 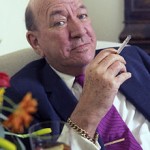 This was to be the circle which showed spirit were at heart those loved faces and passionate individuals who were with us in life.  It was a circle which brought together those of film and theatre and gave a vivid display of a connection which was suprising and wraught with feeling.  Attended the Northdown trance and physical sitting on the 6th December 2012 and what follows is a description of events which happened there.

It was a room which had a balanced temperature, items checked with all members sat around facing one another.  The opening words were said and with a single candle lit and put inside the red box the overhead lights were switched off.  The room was not in total darkness but was dim and with a flickering from the flame the first signs of spirit started to take hold.

The candle at the start of circle was completely still.  Upon trance commencing and the spirit voice which filled the room the words came from a male entity and then an odd movement came in the form of the flame of the candle which danced and streched in an elongated shape.

As spirit spoke the flame too appeared to come to life jumping almost from the wax and shaping itself in the most astounding formations.  Spirit talked directly to the circle and alerted them to the element of fear which should not be allowed to rule or hold back people in any way.

The room felt icy cool but with the lower half of sitters numb with the frost.  The actual area had been heated with central heating so the cool temperature could not be explained.  It was icy, some sitters could feel the difference on their lower bodies and some stated it was like a wet feeling which could be felt on the inside as it worked its way out.  Spirit was talking as this experience progressed and it was with advice on how fear once sensed could be something that stopped much occuring and if dealt with and even though prophecy may have been talked of often by those on this level much thought and consideration should be given to the differing calanders and cultures which exist on the Earth and indeed how these cultures have their own ideas about number philosophy and world events, most vital is to know that even as there is much alteration on this level with the Weather, climate and economies it is not always something which should be seen as negative and that evolution is neccessary and cycles of this sort do not end badly.

Sir Noel Peirce Coward was seen standing in circle.  A man of theatrical passion and with a link to the film world.  He was born 16 December 1899 and on this level till 26 March 1973 and was an English playwright who was known for his wit, flamboyance and widely reputed as a sensational composer, actor, director and singer he was even mentioned by Time magazine as owning “ a sense of personal style, a combination of cheek and chic.”  It was uncanny to see that his sense of fun prevailed in circle.  His hand held a cigarette which could be smelt all around the circle.  This was given just before his speech on this not being the first circle he had visited.

It was a sensational evening, one that focused on this spirit who in turn spoke directly to all.  He gave information about a play he once composed called Blithe Spirit and intriguingly was one which surrounded the concept of spiritualism and people visiting mediums.  The link did not stop there but brought on the sight of two more spiritual enteties.  At first, lights could be seen hovering around the room as the spiritual energy took pace and shape.  It was then Marilyn Monroe was seen but she looked excited and quickly showed a male energy next to the circle and spoke in rushed tone about the man who had accompanied their journey to circle.  She indicated that she had been with one other and reffered to the name of Dean Martin.  Even though it was mentioned as relevant at the time it was not known just then how poignant this memory was.

Marilyn Monroe quickly brought this gentleman into the circle by her side and showed Dean Martin.  Next, the energy aside came into the sitting and was stated by spirit as being the third name which had to be mentioned, this was the name of Jerry Lewis.

Being shown an indication from spirit brought about much research and the revelation that the last film both Marilyn Monroe and Dean Martin worked on together was one called Something’s gotta give.  Not only was this one picture which brought the two famous starts in to close connection and aided their friendship but it was found to be the last film that Marilyn worked on prior to her passing to spirit.  The link was not to finish there but actually showed why the trio of names was so important and why Marilyn Monroe wanted the circle to see the link.  It was after the shooting of one of the scenes of the film and prior to Marilyn’s 36th birthday which saw her attending a gala for MDA the Muscular Dystrophy Association and fundraising event which she attended with no other than Dean Martin and Dean Martin’s son.  However the reference does not stop with the two names but also includes Jerry Lewis who it was later found out is also a founding supporter of no other than the muscular dystrophy association.   This evidences that spirit wanted to evoke and portray the bond that was shared between these three film heroes, the subject of the film is very near to the story of Blithe Spirit written by Noel Coward and could be the reason for his being in the circle with the other actors showing the matter of the romantic epic which means that one man becomes married to two wives was noticed by spirit and was entertwined in the seance along with Dean Martin who was born Dino Paul Crocetti on June 7 1917 until December 25 1995 was an American singer, actor, film star, television presenter and comedian and not only stood beside Marilyn Monroe as a friend but also a supportive contact for a special charity.

MDA Muscular Dystrophy Association seemed to be the theme spirit wanted to show.  Jerry Lewis who was born on March 16 1926 was notably the comedy partner of Dean Martin who visited circle.  He is an American comedian, actor, film producer screenwriter, singer and film director who is known for slapstick hilarity and being paired with Dean Martin Martin.  It is thought that both Marilyn Monroe and Dean Martin wanted to bring up their knowledge about Jerry Lewis by coming to circle that eve.

The circle was going to be witness to somewhat of a physical event.  It first began with a small dog in spirit.  The little pup was seen sitting on top of the table and was mentioned by one of the mediums.  The leader of the circle gasped as it was a little dog who had now passed to spirit but in life fitted the descriptive information given and would always sit on top of the table in a physical sitting but would be the one sat watching everyone just before activity would start up on the table and spirit would rock it back and forth.

When the dog was seen again sitting in spirit and looking at everyone with the exact same expressive face it was asked if spirit could once again preform the physical table activity.  Then, as if by unseen hands the exact request was responded to and the table with the trumpets and ring on top began to vibrate.  Members and sitters all sat forward and put their hands on the table and then the surface and stand started to bounce about.

The whole circle was absolutely silent.  The table continually wobbled from side to side but the trumpet on the left also started to loose its solid stance and bent and swayed.  It seemed impossible but it was happening before everyone’s eyes.

The ring which was on top of one of the trumpets should with the slightest touch of the trumpet be thrown off but another sensational phenomenon was that it did not but rolled slowly from one end to the other without falling.  The circle were all witness to the activity.

The physical wonders did not stop as following this sounds could be picked up and when personal spirit relatives started to talk with some of the sitters a lound bang came from the side of the room.

All sitters thanked the spirit who then talked more to everyone about the extra special phenomenon which had taken place.  It was a sensitive, effective and awesome effort made by the energies and the whole circle were grateful.