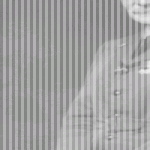 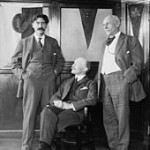 Attended the Northdown trance and physical circle on the 3rd of October 2011; this was to be one of the most fantastic and wonderful circles.

As per necessary the curtains were tightly drawn and pegged, the door was ensured closed, all the objects were checked and placed and the members all took their seats.  With the lights off, the only light source was from the red light box.  The objects on the table were the two trumpets, the one large doll, the crystal ball, the small doll and the cloth for the crystal.  Under the table was placed the other larger doll, the windmill toy, the native American mask and the paper and pencil.

The circle started out with the opening words and then this was followed by one of the members who commenced drumming; this was on the large drum and is used to start off the level of trance.  At the first stage everyone went down into meditation and slowly the trance state became progressively deep until at one point the room looked as though the white mist had started to fill up that certain part of the room.  Especially over one of the sitters, the white particle like smog had overshadowed that corner.  The feel and atmosphere of the circle started to deepen and it was not long before a cool breeze flew past.  Members of the circle sitting on one side of the room felt a coolness and chill; thus followed the first actions of physical and the taps which sounded against the door.  The first medium to open the mouth and for spirit to talk was sitting on the side of the room which later on was claimed was cool and the spirit voice was that of a calm and quiet man who spoke of an endeavouring for communication.  The spirit voice came through the room and stated that of course spirit had started to gather energy and entities had started to move into the room the moment that preparations were being made for the circle.  The spirit seemed keen to answer the notion of how quickly the spirit will come to know when the circle is taking place.  The spirit stated that the energies which had gathered would be holding hands with the circle and if the members gathered would please let their conscious state flow free.

A deep almost sleep like state affected the members of the circle and a sense of foreshadowing as senses and taste were tampered with.  A smell was noticed by the members of circle who were able to watch proceedings.  A smell of washing, particular to the smell of fresh clothes came into the circle.  It was only a few minutes before the next spirit closely linked to the circle.  The next sitter started to make sounds and then the spirit approached the gathering.  The words were that of greeting and then a small reading for a particular member of the circle.  With words to show that of a loved and beloved pet who had passed to spirit.  This specific pet had once sat in a circle.  The spirit first stated which it was and then showed how the animal was sitting and particularly traits.  This was validated.  As the spirit finished speaking the next spirit started.  Another medium opened their mouth and a spirit voice filtered through stating that it was not the number of mediums who gathered in the circle but moreover the condition and atmosphere.  The message was given to the circle that a bridge was being built between spirit and the circle.

It was a busy and happy sense which started to show figures of light and orbs.  At one moment there was a hive of activity.  Blue lights flashed and a shaft of light beamed across the floor.

The member on the other side of the room started to open his mouth and the spirit of a gentleman started to speak.  He was keen to talk to the circle.  His words were direct and kind; he spoke of divinity and the fact that we are not all a divinity but we are each divine.  The soul he said used to be believed to be in the organs of the body, for instance a soul believed to be in the heart but this was not so and with the onset of transplants people could see that the soul was not removed.  The soul is not part of a certain piece but is itself a marvel.

Crow woman was seen and the spirit to talk produced a number of physical.

This speaking set off a radiation of sounds as creaks and taps sounded.  Lots of images and sights showed places and people.  It was a scene which filled the crystal ball and then a Victorian setting as all the members could see signs of a Victorian room overtake the circle in which we were sitting.

Next to be seen was the Eiffel Tower and France, one of the members was just asking why we should see this, when a spirit voice jumped through to the circle and explained it is so that you should see these fragments of places and eras and these should be taken note of and all would become apparent.  On hearing this, all the members looked into the centre of the room and once more signs of clairvoyant places were shown.

Unbeknown to us at that point the circle saw France and was told that this would become relevant and this was just the starting point from which the next event would unravel.

A blue light was seen taking the form of a disk and then this being placed behind the member in the circle’s hair.  The other members, of which two, could also see this.  The others looked on as the information of a date was given.  The blue light showed itself as a 1940s apparel and a lady stepped forward with the name of Mrs. Simpson.  At almost the same time other images were shown and intriguing transfiguration took place on one of the members.  The members could all see that one sitter with white hair and this new white hair growing out until he took the form of a different gentleman.  Seeing this the name of Baden-Powell came through; Baden-Powell and then we were shown images of masks.  The masks and animal link were also the precursors to the next person and place.  Powell-Cotton was mentioned.  Please read below for full account of who Baden-Powell was and how this linked with information provided in circle.

Above photo and third from bottom are of Mrs. Simpson.

The next spirit to talk was that of a young lad.  He had joined in with the speaking and started to answer queries from the circle.  Football he stated was his passion.  He loved football and played regularly.  Playing on Saturday with his Dad he played he said in Stanford.  Quick to talk of how he passed and who he saw in relatives he also stated that he passed at a young age.

Alongside the figure seen of Mrs. Simpson was also later that of three feathers and the Queen Mother.

Please read below for fuller information on why and how Mrs. Simpson was important and relevant to events in circle.  It is also important to note that from the images in France, Mrs. Simpson and Edward were reported to have lived in France.

Next, the spirit native American advisor of the circle, Black Eagle was seen.  Following this sight, the member of circle on the other side of the room, went into trance and upon opening mouth Black Eagle’s voice entered the circle.  H e was happy to have been able to talk of the circle’s state.

Circle members felt a pinching on their legs, a tickling sensation and a cool breeze by their legs.

As the circle was drawn to a close the items were checked.  A lot of activity had taken place there too.  The larger doll on the table now had her head turned in a different way, her arms had also been moved down, the other doll had been shifted over and her hair had been placed in an unusual way over her arms.  The native American mask had also been moved.

In registering this account of what happened in circle a phenomenon of its own took place.  Something very amazing just took shape as outside looked black and on looking in to see what it was the black shape broke out into about fifty starling birds and they flew overhead.  Beautiful.

Above pictures is of Lord Baden-Powell who had won awards ranging from the Order of the white lion, the Grand cross of the Order of the Phoenix and the Silver Wolf award.  Lord Baden-Powell served in the war in South Africa where he took note of many of the artefacts and objects which belonged to the cultural heritage.  In a similar fashion, Powell-Cotton was also known to have visited Africa on many trips and similarly taken a keen desire to know more of the artefacts and natural objects.

Three feathers was seen upon a native American figure in the circle, however three feathers is also now known after further inquiry, to be the symbol for the Prince of Wales.  This image was seen after Mrs. Simpson.  Once seen another member of the circle also stated that she saw the lady in blue, it can be said that Mrs Simpson notoriously wore a blue dress on her wedding day and had some views and ideas which could have been seen as similar to Baden-Powell.

The image of Three Feathers and Shy-la were seen by the circle.  After some research it is now known that Shy-la is in fact spelled Shilah and is a Native American original name given to baby boys of the Navajo tribes. The word is intriguing because as Black Eagle talked in trance he also used the word sister by means of greeting.

After the man and the name Shilah was shown one of the members of the circle also saw an animal like a coyote, intriguingly the same name Shilah in the Pawnee tribe is Shiriki and that translated means coyote.