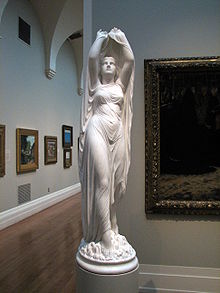 Elementals are the chosen subject for this article as they represent a part of the normally unseen but much talked about folk, the natural nod we give in life to good luck and the animated charms who actively take a role in helping something jump to life when it should theoretically be broken down or give that little push that is needed in a situation and let something more than chance make us guess at what really was the cause of our good luck.

Recenently my personal thoughts of such elemental account have caused me to look a little deeper into thoughts and history of such things.  When discussing this traditional strain of culture law usually it is brought hand in hand with luck.  Charms of the mystic realm people timelessly refer to this subject as a way of explaining good coincidences or some event coming into one’s life when it is needed.  If a car which should not be able to start due to some malfunction suddenly purrs into working order it can be put down to the fortunate help of some unseen force.

An actual elemental is a being of mythological origin having first appeared in alchemical work such as Paracelsus throughout the sixteenth century.  Myth, folk led sighting came to lead people to assume there was more to life than what usually met the eye.  In a traditional sense there can be four forms known as little pioneers, nymphs, salamander or sylphs which can also be known as the undines.  The name for these legendary figures varies according to the main point of its first beginning but they can be termed by the element of antiquity for instance earth would be solid, wind correlates to gas or air, water to liquid and fire to heat.  Aether quintessence was never assigned a title.

Paracelsus was naming mythological creatures from earlier traditions and these titles can interchange with similar versions of elementals in myth.

It is the sylph which is traditionally considered to be a part internally of contexts embedded in alchemy and not thought to be viewed outside this specific theme.

The Paracelsian thought regarding elementals comes from older more archaic veins of religion and myth.  Threads brought seemlesly and entwined from animism, anthropomorphism and from different notion of what existed in an ethereal dimension.

The Pygmy was a thought born of mythology.  Greek take of mystery and oral tale blended to come together and link to many classical elements.

Earth, air, water and fire stood as foundations of what helped to give shape to our material domain.  The classic more evocative theories highly based on Medieval philosophy or Latin beginnings.  Paracelsus played a role in bringing a presentation of philosophical constructions.  Homunculus was a good instant portrail of alchemical, science and mental workings.

Many early alchemy tombs came from spiritual investigations and alongside this the hunt for myhthological individuals founded from the four elements.

Often these elements were noted for their ability of court behaviour, fencing or other habits known to have been well loved in the era.

Archetypal spirits were said to be..

Little pioneers which were the spirit of earth.

Sylphs who were the spirit of wind and sprite of air.

Undine who came to represent the merpeople of element of water.

Salamander who was of the fire.

Contemporary rituals also invoke these elements.  In Wicca and other followers of Season worship these basic earth, fire, wind and water classification was what made the custom accurate to the present day.

Art and entertainment taken from film to the theatre also had a fondness for the elements.  Alchemy in art is much sculpted from early depictions of how people could blend tones to make something fresh and entertainment and most literal account in fable of oral or printed descent is constructed from elements in popular parts of myth and angles of spoken mystic law.

Elements made appearances in twentieth century fiction such as the DC superheros and this was made up with little pioneers, Salamander, Sylph and Undine.

Elementals are intriguing modes of theory to back and support notions of other life and spiritual entities.  The elements are a point to ponder and exactly locate one’s views as to whether these deities are constructed and born out of a desire to expand upon the the realms of fire, water and air or do they represent a more real or ethereal ideology of things in existence of which we have little information but rely on speculation and gossip to form our theroies upon.

Picture is of statue by Chauncey B Ives and taken from online encyclopaedia.