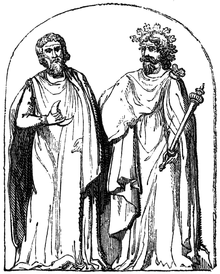 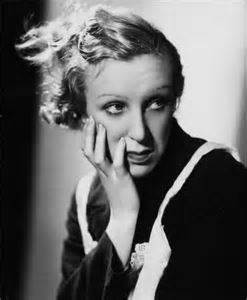 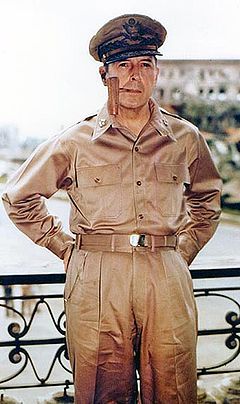 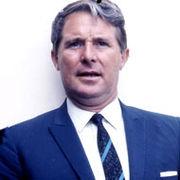 Christmas is an exceptional time but beyond what one knows it is also a period which can bring more wonderous achievements than you could ever imagine.  The power of positive thoughts is and are sometimes best seen at Christmas and during Yule time because it is now that when one feels as though they want to make a difference you can actually be that difference and by sending out a good thought, reflect healing, do more and see the effects as the transference of this good wish, one conscious idea can be sent to another and felt in a healing, a warm sense of support or love.

I attended the Northdown trance and physical circle on the 13th December and it was to be the last circle for the year.  As such it was with a special air to the atmosphere that all sat, the objects arranged and spirit asked to preform once more their efforts to step in and aid in our spiritual pursuits.

It was on the 13th December 2012 that we all sat and took our places around the central table of the Northdown trance and physical circle.  We knew that it was on this night that spiritual friends, loved ones and energies could come and add their own interpretations of their senses, sights and being.

The lights were turned off.  With all neccessities taken care of it was with a question to spirit, a chance to allow loved ones to join in proceedings, the circle was opened and spiritual actions took off in the very first few moments…..

The cold blast of a breeze took all sitters by suprise, it had the hairs raised and sensations of heat overcame some members who felt as if they could barely keep seated and the warmth felt so extreme.  It was odd to note the different reaction from one sitter to the next.  One could feel the touch of spirit and presence through the extreme temperature and the person right next to them would be shivering from the cold.

A number of unexplained bangs came from round the room.  Just as one would be noticed, mentioned then that would stop and another would begin from another part of the sitting.

Sight was so wonderful that night.  Spirits really tried to exhibit their places within the room.  A number of hands were visibly seen around the sitting.  Faces showed over the faces of the sitters.  Colours bursted into the vision with small orbs, disks of light coming into contact with another, floating and being picked up just above the heads of the members.

Sense was important as spirit endevoured to touch the sitters.  Many reported feeling parts of their bodies held, pulled and with the comments coming fast from those seated a name was given and this was of Gerneral MacArthur.   This gentleman was a man who was later looked into and turned out to be a General of the United States born 26 January 1880 and who passed on the 5 April 1964.  General Douglas MacArthur was a person who although was a Field Marshal also won awards for bravery.

The General who was seen in spirit came in as many War images were viewed by the circle.  His spiritual part in circle was followed by the smiling face of Ernie Wise.  He was a comedian extrodinaire who was born on the 27 November 1925 and passed on the 21 March 1999.  He was well known in the United Kingdom for his Christmas specials on televisions through the country.  He was happy in the sitting and apart from showing his name indicated his physical sense and added to the Christmas setting by being himself and wanting to evidence that the time of year was important both to those gathered and to those in spirit.

As if to support this the next activity from spirit came in the form of voice and was spoken directly from a male spirit to the people.  His words were on the Christmas theme and conveyed the significance of knowing those loved ones and remembering them, the influence the past had on the present was cruicial and it was by keeping traditional perspectives and helping to brightly think of the loved ones that the true meaning of the festivities come into existence.  Druids were then seen along with the Winter solstice, both the images were of ceremony and divination.  The aim to celebrate in the good moments to come and reflect on the positive aspects of the past.

Another spirit, one who seemed to want to continue in this loving Christmas wish spoke about the happiness, just as Ernie Wise showed in his position and emotive stance, he wanted to bring up the inherent cultural beliefs and knowledge of the past and the ways in which many celebrated and felt represented a part of life.

The smells and sense of awarness of other spirits came into the circle.  The smell of a specific mixture, a combination of mulled wine and cinamon apple came from nowhere and was more miraculous than many knew.  Just prior to the circle the one person had asked if spirit could replicate this same smell as an answer to their wish the exact thing came into the sitting and evidenced itself.

Doris Hare MBE who was born 1 March 1905 and passed on the 30 May 2000 was to then remarkable do something in spirit which brought about two phenomena.  One it showed that three sitters who were present in that same circle could pick up on her prsence in the sitting through information she gave and secondly it indicated that even though some spirit are not able to remember all the names and verbal aspect of their lives this side due to the difference in levels it still does not barr them from giving evidence of themselves.  Doris Hare’s spiritual actions also portrayed the understanding that there is a link which can come from one circle to another.  Doris Hare who was later researched was found to be an actress on a programe called On the Buses.  She came with full image of her looks on this side of life and despite this could only give her first name Doris and the indication that she was an actress along with the location of Vancouver.  She was later found to have been born in Bargoed Glamorgan and worked as an actress of many episodes of series in the United Kingdom but it was when she joined the theatre that she came into contact with many individuals such as Noel Coward who appeared in circle only the week before.  It was also as a consequence of one of her English performances that her cast were invited to go to Vancouver the same memory which she so lovingly refered to in spirit.

In the circle Doris said that she should be seen as she was showing herself in the sitting.  It is in this message that it was later understood that one of her photos and it is the same one that is shown above is the replicated reflection of how she showed herself to the members.

Pics are of General MacArthur, Druid figures and Doris Hare.  Pictures are taken from online encyclopedia.  All evidence the spirit who visited circle but it is in Doris’s photo that we see such a close likeness to that which her spirit could materialise.

Little Doris Hare as she became known was in life a lovely individual by all acounts and in spirit she was able to give a sense of the passions and memory she had.  Her role in the The Old Man of the Mountain was also brought up as one of the other mediums stated seeing the mountain ranges and elements of this same show.  Her ability to bring up her connection to Noel Coward and Vancouver also indicated that spirit were aware of who visited the circle and also important aspect of their former time on Earth.

Spirit truly tried to bring together a reflection of themselves and be an element of an awesome circle.

Spirits in that circle encompassed the festivities and through their actions brought much happiness and reunion.

The blog posts will be taking a short break for the Christmas period for 2 weeks and start again in the New Year, January.

Merry Christmas to all….. love, light and inspired thoughts from mediums network to you all.

There have been many comments from those who have started up blogs themselves and asked if there are any tips we could suggest.  The blogs submitted on mediums network are all produced from the heart, in conjunction with spirit help and love.  It is only because of the support of this variety that we receive that we are able to write.  The best aim you can ever have is to achieve the most sincere work from your heart.  Be true to what happens, write from the heart and aspire to inspire.

It is during this Christmas that we can look to each other, be each other’s strength, inspiration and guiding light.  It is at this holiday that we can express love, a sense of emotion and shared feeling that can go beyond words and embrace directly the heart, our core energy and life blood.

This Christmas be good to one another, be full of the knowledge that spiritual aid is there and..