Level One. You Can.

Level One. You Can. 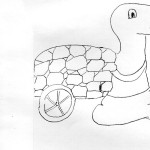 but when he had a problem in life he knew in his heart what was true.

In life it was not what you didn’t have, but what you had,

and every time Nigel thought of this he was so very glad.

it was something that filled him with happiness and meant he was hardly ever sad.

he accomplished tasks not thought possible as he had a unique ability to work and play!