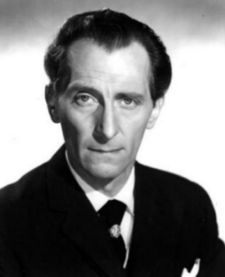 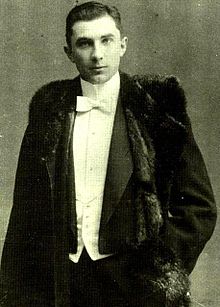 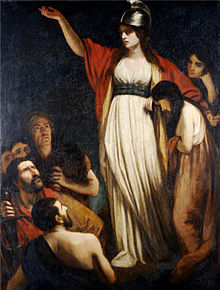 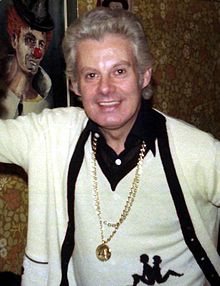 Attended the Northdown trance and physical circle on the 31st January 2013.  Red light switched to its lowest setting, the door was closed and the sitters took their positions within circle.  The opening words were given and the objects carefully placed were the last things seen before the trance began.

Almost within a few heartbeats the cold temperature started to become noticeable with sitters experiencing an extreme cold around them.  Certain sitters felt heat around them with the cold brushing past them occasionally.  The orbs were the next physical seen and this was as blue lights flashed and moved close to those seated.

The sitters watched as lights flickered, the small round orbs slowly hovering at proximity to the mediums.  The sitters then felt fingers brushing along their heads and hair.  This physical was prior to the voice phenomenon which came about from spirit.  The speech was heard from the male spirit and was regarding Metatron also can be referred to as Mattatron a differentiation of Metatron is an archangel in Judaism. According to Jewish medieval apocrypha, he is Enoch, ancestor of Noah, transformed into an angel.  The spirit talked on this individual and his ability to have an affinity to people as he was one who experienced life and that if anyone needed support or to talk it can easily be achieved by the person quietly calling upon him for assistance.

Numbers were then seen in the circle and these were 9 and 1944.  Iconic images and paraphernalia were flashed up by spirit, that of a telephone from the period and images of the WW11 vividly framed gave an insight as to the significance.  Sir Winston Churchill was referred to by spirit three times.  Not only was he the Prime Minister of great Britain at the time but also it was this same figure who was involved in the situation and raising the attention surrounding plight of the travesty of Helen Duncan.  The spiritual presence of Helen Duncan was seen and then along with this the sense that this date would tie in.  It was in fact after research that it was found that Helen Duncan was released from her properly unjustified prison sentence on the 22nd September 1944.  Not solely was the message from spirit not ended there but indication was made by the energies that there was more to come.  As an event, one which occurred in 1944 also involved many who had passed to spirit and would once again fit into the period shown.  The HMS Barham crew members sat within the sitting and were picked out by those attending.  Their features and naval clothes another link not only at the date but because it was the loss of life on their naval boat which led to their spirit visitation event and consequently Mrs. Duncan to be falsely imprisoned.

All this took place within 1944.  This figure shown by spirit and warranting a year which meant that lives would alter forever.

Peter Wilton Cushing OBE 26 May 1913 who sadly passed on 11 August 1994 came next to the sitting.  His spirit keen to have his name brought into proceedings.  Eloquent and wonderfully dressed he stood within circle.

It was around this period in the sitting that an unseen hand was felt by sitters to touch their heads and backs.  Bella Lugosi 20 October 1892 passed 16 August 1956 Hungarian born was someone who also acted within the category of films which Peter Cushing was most noted for starring in.  The horror and more specifically fear factor was well embellished by both these men who appeared almost together and only a few minutes apart in circle.  It was then that lights started to flicker lighting up the whole circle.

The strange phenomena with the dark and lit up room preceded another spirit who formed.  Napoleon Bonaparte 15 August 1769 until 5 May 1821 was one French military and political lead for many.  His sighting in circle was actually the start of a message by spirit about Great Britain and nationality.  It was Napoleon as a figure to be reckoned with and one who helped in building courage, this was the man who also believed in identity.

Boudica alternative spelling is Boudicca, also known as Boadicea and known in Welsh as Buddug d. AD 60 or 61 was queen of the British Iceni tribe and seen in circle as one who came with an established sense of name and country.  She in life led an uprising against the occupying forces of the Roman Empire and whilst Soldiers dating to that specific historical age were referenced and visually highlighted by spirit there was another meaning as she likened to that of Napoleon Bonaparte led their people in a fight for their nation.

It was at this minute in circle the music on the player was stopped.  The sitting watched, waited and noticed that not just had spirit halted the music but the piece was then played but with hitches, breaks in the sound and then once again completely shut off, the actual disk was checked and nothing apparent was amiss with it and certainly no reason why it should have behaved that way during the session.

Plantagenet was then named by spirit.  It was after looking into this that conflict with the French national identity came about around the time of the formation of the Plantagenet Royal line.  Not only in keeping with Napoleon Bonaparte who was evidenced in circle but as a crest which symbolised identity.

The House of Plantagenet rose to a prominence in the High Middle Ages and this was as a royal dynasty.   It lasted until the end of the Late Middle Ages through the cadet branches of the House of York and House of Lancaster. The name of Anjou was whispered by spirit and it was because it is considered to have founded the dynasty as this name had roots with one whose marriage to Matilda the daughter of Henry I of England founded the movement. The English crown in total passed to their son Henry II under the Treaty of Winchester, another name brought up by spirit and brought an end to decades of civil war and, with his marriage to that lady highlighted by spirit Eleanor of Aquitaine, Henry accumulated a vast and complex feudal holding that was later called the Angevin Empire stretching from the Pyrenees to Ireland and the border with Scotland. The dynasty dates from the 15th century and comes from a 12th century.  It is not just that the unity of the clan was important it was the end of fight and dispute which seemed to be what spirit were showing.  The clear sighting of both Napoleon Bonaparte and Boadicea leaders of major upheaval and fraught justice seeking figurehead came to circle and evidenced themselves alongside a Royal line which tried to bring about calm.

Danny La Rue OBE was born in 1927 and passed in 2009.  It was this person who graced the sitting with a talk about himself and about his clubs in London.  He said he was one who owned clubs and addressed those sitting as Darlings.  He picked at his love of travelling between London and the seaside town and spoke on his passing which brought shock at first but now caused him to sense more peace and fulfilment.

The circle drew to a close as the energies filtered out.  The incidents were discussed and spirit were thanked for their participation.

Photos are taken from online encyclopaedia.