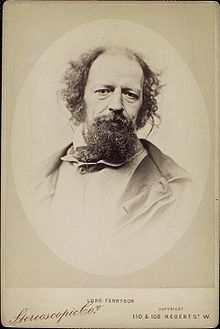 Attended the Northdown trance and physical circle on the 21/11/2011, this was a sitting which was held and started in an intimate and calm membership.

The objects on the table were the two trumpets and the ring.  On this occasion the crystal ball was also placed there.

There were no other objects on the floor.  The curtains were tightly pegged and drawn; the door was ensured firmly closed.  All members took their seats and it was then that the circle was formally started.  The lights were switched off and the red light was switched on to its lowest setting.  The opening words were read and the sitting opened.

It was ac tually at the very beginning that the physical took place.  With the darkening of the room the green glow started.  It was a green glow which radiated off the top of the heavy curtain.  This light was emerald green.  After noticing this the members started to drop into trance.

The trance was deep.  Something differed in the room, one member noticed this but as the others were in deep trance nothing was said and as a result the spiritual activity started to increase.

The first spirit to speak was an entity who spoke with an accent and with a name of John Ling.  A physical of its own, the sitter also started to speak in the spirits native language.  After the first word, it translated to English.  Approaching the circle wishing to speak he stated that his language was differed to that of the circle but through translation his words were to greet the sitting, he stated that you see with more than your eyes, you see with your heart, and with your soul.  You know with more than just your brain, you also know with your spiritual being, your sense.  It is important to partake, to search and experience these experiences with more than just your surface senses; be a part of the circle; to find the sight and sense you need.

Following this the circle was witness to a numerous amount of sounds from the room.  Taps, cracks and bangs.  A number of entities started to show.  Spiritual forms were present in the circle.  The next spiritual activity came from the mist which was exceptionally thin to start; then increasingly thick. Whiter and more substantial the misty substance started to flow over the room

The next spirit to speak was through another sitter; talking of time and self.  Time is differed in this world to that of spirit.  What may be right for this second may not always stay so.  Each person sitting in this circle is part of a numerous exchange, different entities and time.  There was nothing to fear but fear and people should endeavour to approach spiritualism.

The room was busy; by this the members felt, and could see the shadows in the sitting increase.  The two trumpets on the table started to join by the showing of a green band.  This band was so visible that all the members could see it.

A particular light flashed a number of times on the wall.  On closer examination the light was bright and came on and off with no other source; it was not an orb or a round, but a brilliant luminescent glow.  There were also a number of blue orbs which flashed around members.  One sitter also saw an orb of a differed colour.

It was following the orbs that the spirit energies were seen.  A queue of people who came and showed physical, senses and messages they distributed to sitters; the light was dipping and ebbing.

It was at this second that a small white shape was watched as it wavered and then this moved round the table.  This central shape was small and looked like an animal and as the mediums watched they felt this animal touch their feet, making small snuffling sounds it made one sitter jump and squeal as it licked at her toes.

This was the moment when certain members who were still in trance felt more energy enter the room.  The next spirit started to talk to the circle after only a few minutes.  A beautiful energy, genial female voice started to flow into the circle.  It was awfully wondrous to join the circle, she said and on using the same phrase awfully again, she stated that her brother had commented, and she had tried to break the habit.  The entity managed to bring on some sound physical phenomena and then carry on to state that she was eager to have seen what had happened.

A number of messages were shown.  The red light was turning itself to differed settings.  Consequently the light was fluctuating.  The room was also shown a number of dates.  Partial materialisation had already taken place and it was then; a medium noticed another boat scene.

With the date of eighteenth century and the name of Derek Osborne the ships were shown.  A figure believed to be, the same person, divulged his past.  Records were kept and a guide stepped in to help push the enquiry in the right direction.

It can now, after research, be stated that Derek Osborne did exist through eighteenth century English history and his family were boat makers.  The Osborne ship makers are traders of fish produce.

Personal references were made to circle.  Following this, the name of two distinguished figures were giving information through clairvoyance to sitters.  Following research the scientific terminology used in circle also falls in line with one of the names of Lord Alfred Tennyson who held and founded the SPR, in 1885, which was scientific psychical research.  The society was linked with proving the spiritualist claims through means of science.  One of the aims was exploring trance and looking into how valid claims were.  The original team were albeit the first investigators into spiritualism.

It appears that through the names of Lord Tennyson and Sir Thomas Moore it was a link through spiritualism that both figures wanted to prove and show spiritualism in its many angles.  Experimentation and theory were shown.

Scientific means were vital factors in considering spiritualism through periods.  The images of figures, particularly the two Lord Tennyson and Sir Thomas Moore were the spiritual links.  The next message was spiritual advice.  Tolstoy was also mentioned.  It was through this that the research combines these figures and three people who were all like-minded.  This shared belief of spirit; something which was shown to circle,

Spirit is performing experiments.  Spirit were trying to show the essence of spirits.  As this was said auras could be seen but shadows also showed an aura.  This was a physical impossibility.  Henceforth, this was a spiritual scientific experiment.  The depth of spiritualism was shown.

There was also a funny and humerous event through spirit.  One figure, who was known in life, to be a practical joker came into the circle.  Through combination of sights and sounds to circle his message was clear.  A lover of pulling hair, it was said to him, that if it was his wish to do this through physical then please don’t do it too hard, evidentially this tickled him as after the circle was closing down a piece of white animal hair was left on one of the sitter’s lip.  Lol.  Very suitable and not withstanding this the next clairscentient experience was of smell, a custard pie in the face person, event had apparently taken place, where the custard pie joke was involved, a smell of pie was whipped around the member’s faces.  The circle was also given through mixture of sight and image the name of a place where the relative in circle could go to find the same types of ingriedients which were loved by spirit.

Partial materialisation took place on this occasion; in circle, as the little animal spirit was vivid and felt.  This spiritual energy was phenomenal.  It was the touch and feel which separated this spiritual experience and made it special.

Transfiguration was also shown on two particular members.  The size, proportion and the facial features started to blend with spirit.

As the circle was drawn to close, the closing words were said, the light was turned up and the members watched as the white energy left.  The members were able to watch as the table had a still and otherwise ordinary look whilst before it and the crystal ball had been awash with lights.

Picture is of Lord Alfred Tennyson, taken from online encyclopedia.