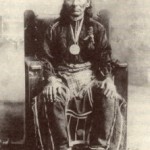 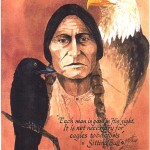 Attended the Northdown trance and physical circle on the 24th August 2011; this was to be an intriguing and most spiritual circle.  As per requirements the curtains were tightly drawn and pegged, the door was closed and the items were all set out in the middle of the room.  Everyone took their seat and the red light was switched on.

On the table the items included the two trumpets, crystal ball, ring and tub of sweets.  Under the table was placed the two dolls, the Native American mask, the abacus, the windmill toy and also on this occasion a new stuffed toy.  This new toy was lent up against the abacus so that it would sit well and from the beginning of the circle seemed to attract an odd glow.

The room was made dark and apart from the red light there was no other light.  The opening words were read out, one of the sitters began his drumming and the circle went down into trance.  There was no real temperature fluctuation, however within the first few minutes the cloudy white mist filled certain parts of the room.  The energy felt lifted and it was at that point and in the first few minutes that the circle leader looked on to the table and a green light started to grow upwards.  The point from which this green started was from the crystal ball and as it filtered outwards, so too did it light up on certain members faces.

It must have been a remarkable green as the other sitters noticed how light it made the sitters faces look.  The circle leader started to mention this and it was then, from which one of the sitters who was still in trance started to move.  The sitter started to speak and a message filled the circle.  The words were to the effect of knowledge about the circle taking place from spirit side; the spirit was keen to offer the links that other spirits were present.  Thanks were given for the gathering and the information that spirit wanted to stand side by side, give support and for the words to be given to others.

Following this spirit, two cracks came along the floor and then the sitter in the corner opened his mouth and began to utter words.  The spirit was calm and spoke about past lives.  The words were that you have come to this life many times and you live this and learn; this knowledge will not expire when you come to death.  Some of this knowledge will be stored in a part of the conscious and in reincarnation will come through.  This experience and gift can manifest in children and thereby the child who is born with such a marvellous talent could be termed a prodigy.  This child who is labelled, as you call it a prodigy, may be able to play the piano wonderfully from a small age and will be exceptional; at this people will wonder why and how this has come to be.  It is, of course, a part of the cycle and what has been learnt in the past.  Even through spirit split decisions are seen.  The spirit worlds can not be explained exactly as it is difficult for people this side to process, however like minded spirits cluster, some believe in reincarnation and some believe not and you could ask who is correct?  Both, is the answer, as the spirits with a shared belief join together with those of a like belief and neither is incorrect.

The mood of the circle differed; as one of the sitters started to move around and a new spirit started to come through, with a cockney accent, talking to the circle of London particularly Clapham and Fullham.  Boyant and jolly the sitters were congratulated on their circle and then a bit of a dance and movement in energy was suggested.  Once this was done, the spirit still happy, requested that people let the engergy differ and then thanked them when this was done.  He was invited by the sitters to come back to circle again.

Clairvoyantly several Native American gentlemen were seen and it was then that it was asked if the music could be stopped and a native American piece be put on.  It was a few minutes after this was done that a particular energy was felt by three sitters.  This energy was White Eagle.  It was told to the circle that he was a chief.  One of the sitter’s mouths opened and sound emitted which was stretched and the vowel sounds long as if from someone who was speaking in a new language or from someone who did not speak often.  The message was directly to the circle and told of this important Chief.  It was stated that the native American Chief who was with the circle was a very prominent person.  This was followed soon after by another sitter who spoke words, still in trance, but was more a distribution of facts which were being given by the Chief White Eagle; his title and why he had come through to the circle.  The circle was given snippets of his memories, that he had been a Chief, a person who had walked and lived amongst the buffalo, a person who had two sons, one who had tried to trade with the West but unfortunately experienced much loss because of this.  The words and the way in which they were uttered to the circle were very poignant.  Refer to the bottom of this blog account for fuller explanation of who Chief White Eagle was and research validation of the images and coinciding words he gave in circle.

Alongside native American images was also that of a rabbit foot. Chief White Eagle first appeared and then the sitters saw a symbolic rabbit foot.  In Indian tribe culture Manabozho and Nanabozho or the great hare can be seen in many varying meanings and can be both positive and negative.  According to the tribe the rabbit can either be seen as a tricky energy or a support and help to the being of Earth.

Chief White Eagle was felt by several members of the circle.  Once more his symbol of a rabbit came through and with it sitters felt the reason of how and why a new troop of people and set of beliefs had come in and set foot on a land only to slowly disintegrate a tribe and core values.

The cracks radiated along the wall as the circle moved on.  The sitter on the other side of the room had gone heavily down into trance and after opening his mouth a spirit spoke out to the circle.  Several of the mediums had seen transfiguration occurring on one of the other sitters, his face started to loose its familiarity and another face appeared over his.  The sitter who started the circle with drumming opened his mouth and a spirit started to talk to the circle.  The spirit started to speak just as the red light dimmed; he wanted to talk of a loss of self and being.  Being of a decent from a tribe in a forest, the spirit talked of a shack where he and other members of tribe practiced and followed the rituals they believed to be true and appropriate.  Then the spirit talked of people who came from across the continent and started to bring new rules and aspects of religion to his tribe.  The new rules, he said, were against what they believed and all too soon the values and culture of his tribe broke.

After the spirit stopped speaking, several sitters noticed that the green light covered most of the curtain and also a native American mask with feathers and the shape of a bird had appeared on one of the curtains.

The cold feeling came into the room towards the last few minutes of circle.  A tingly cold breeze alongside a clairvoyant message.  A partial materialisation started to come through on one of the sitters, wonderfully evident was the features and outline of a Greek friend of one of the members of the circle.  This materialisation was seen by several sitters and although faint was able to show himself.

After the partial materialisation there was significant ebb in energy and the closing words for the circle were read.  Following the closing the light was switched on and the items checked.  The native American mask had moved fractionally and also there was an apport lying between the feet of one of the sitters.  This apport was a small snail shell and what is believed to be a tail end to the words of the native American spirits who wanted to speak of home.  The historically earlier forest tribe member was also keen to show his link to home and this could also be seen as the indication that you should not lose sense of your being and yourself.

After some research into White Eagle we can now show some background info.

Chief White Eagle was principal chief of the Skidi Pawnees in the middle of the 19th Century.  This Chief did have charge of hunts, the logistics of moving tribes and was known as “deer” healer.

Chief White Eagle was indeed a Chief of his people, his tribe being that of Ponca.  Chief White Eagle was the hereditary Chief of the tribe and the medical man of his tribe.   White Eagle was considered to be the spiritual and religious advisor of his tribe and led them through war against the Sioux before they left Dakota territory and Nebraska.  As the hereditary Chief of the Poncas when they came to Indian territory in 1877 he also led them on many buffalo hunts and called upon supernatural and spiritual force to help with the hunts.  Unfortunately in his last years, he was also in the position for his tribe to lead negotiations in entering into a trade for geographical allotment.  It was after these negotiations the tribe was introduced to what was called as deception and ailments such as smallpox and measles.  Shortly before his passing he passed leadership to the last hereditary control, his son Horse Chief Eagle.