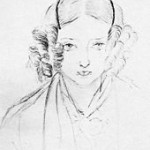 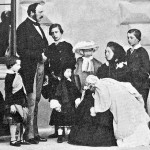 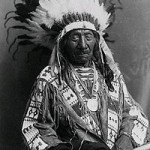 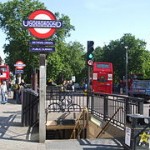 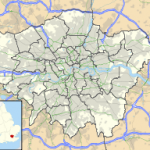 Attended the Northdown trance and physical circle on the 9th November 2012.  This was a sitting which was going to show the beauty and love in spirit.  As per regulation the objects on the table were placed as the crystal ball, the two trumpets and on this occasion also the ring.  Under the table was the abacus.

Everyone took their seats.  There was the exception only of two chairs which remained empty but were placed within the circle.  The member who uses the drum started off with the striking of the drum.  The opening words were said and the circle started.  At first, members all were quiet to trance, then as slowly the circle progressed the white mist started to filter through.  The first spirit to approach circle also started to make sounds, and then as one of the mediums opened their mouth the message began.  It was a person who wished to know if he could speak to the circle or if it was too early.  Upon being reassured he went on to state that resonating energy was his subject.  Resonated energy was present in the room and upon the start of circle this energy would gather.  The particles would start to take shape and the spirits would endeavour to pull their energies together and make connections with the circle with manifestations and messages.

Resonating or resonate means to bring on a reinforcement of two existing frequencies; or in terms of spirituality a blending of the spirit with the members in circle.

The blending which the spirit referred to was also accompanied by his message that patience was needed but that effort was being exhibited by spirit.  Following this the white colour in the room not only became thicker but flashes also shone.  The flashes were not just orbs.  Lights appeared like streaks.  As the colours in the room grew, the sensation of members started to show, tickling sensations started to effect people’s bodie s, over the head and back, breezes also started.

One of the members could sense a German word coming through.  Following was a series of images with German soldiers wearing black boots and stating that they did not follow the wish of the Fuhrer and then being shot in the back.  After research it can now be confirmed that on 9th January 1940; the events which took place were in keeping with the images so emotively shown in circle, bear in mind that the circle was opened on the 9th January 2012; on 9th January 1940 the same date years back Heinrich Himmler had heard of the ordered execution of over 4,000 mentally ill polish civilians.  This order was also given to the troops and they were instructed to carry this out.  Richard Hildebrandt, the SS chief of Danzig and west Prussia had told SS Reichsfuhrer Heinrich Himmler that he had instructed the execution of over 4,000 mentally ill polish citizens.  This was the order that those few brave soldiers had gone against.

The soldiers had been three or four in number.  One who tried to speak to circle stated that with an address to one member as Fraulein, we did not follow the orders of Fuhrer and you must stand for what is right.  They were all dressed in grey green suits.  Courage he said is not only shown through one way.  Not only did the colours of the suits and clothes match that of SS but also the act wasis in direct correlation with the event of that date.

On that same date of 9th January in 1940 more than 150 were killed when a massive British liner Dunbar Castle was sunk on the British coast when it hit a German mine.

Temperatures plunged in one of the coldest winters on record; on the 9th in 1940.  The temperature also went through a dip from warm to cold.  Even though people felt warm, for example, members felt heat right next to them like sitting next to flames, on their legs were freezing cold.  Members all felt this.  The legs and below were touched by wisps of sensation and feeling.

The chairs went through a dip in temperature.  After the members felt the leg of the chairs, each chair felt icy to the touch.  This was astounding as it showed that the objects inside the circle were also going through physical fluctuation.

The next spirit to speak to circle came with a few words of greeting.  Petros, was his name, and his message was poignant.  He spoke of the importance of words, if you call to spirit then that can help to show your link to them.  He tried to explain how time could improve matters.  It is of course wonderful to have peace and harmony.  However, it can not always be so.  You should take joy in the tasks you undertake, for it is not always the result which will bring pleasure but the achievement of doing something is a treasure.  For example, a painter may take a passion in his artwork but not in the end result but it is this end result which brings joy to others.  You should try to value what you do.

The spirit was a joyful one.  It was with wisdom and courage that he spoke.  He also endeavoured to talk the circle about the evolved spirits who have tried to attain peace.

Mind, body and spirit.  This balance within mind, body and spirit was viewed as important by spirit.  The circle felt exuberant.  There was a feeling of Black Eagle, who is the circle guide, although he could be seen he did not offer words to the circle.  Spirit presence was felt and an element of protection as oversight as the proceeding circle continued.  Next, the table looked as if it vibrated.  A lady with blue hair was seen and claimed through information given by one of the members, it was at this point that the ring jumped off the table literally and flew through the air.  It was astonishing.

The circle watched as the messages continued from the same lady.  A small dog was also seen with name of Oliver.  Particulars and information was given alongside flashes of blue light next to sitters.

The red light in the box was going up.  The light kept moving.  It was howe ver, as certain shadows took shape and went past that the light shot up.  The room was flooded with light, and it was the shadow who moved round circle, which stopped in front of a digital clock and then the number on this clock started to skip from one number to another, the music stopped and it flashed 10:10.  It is poignant to note that this date is the birthday of a close relative of one of the members; tenth of October which incidently the same message had been given earlier in a reading on that day with the question of do you remember the birthday?

There were several Native American figures present in circle.  Amongst which a girl who spoke of a river and Apache tribe.  Also Chief Red Cloud who came and knew of Crazy Horse.

Comedians came through.  Members talked of names and physical appearance.  Amongst which the names of Max Bygraves and Gladys, Flannigan and Allan all came through.  Peter kushing was seen sitting on one empty chair, and on TV the Hound of The Baskevilles acted by Peter Kushing and written by Sir Arthur Conan Doyle, a supporter of spiritualism, is being aired.  After research it can now be shown that Gladys was in fact the wife of Max Bygraves and only passed in 2011.  Queen Victoria was also evident and claimed that the number 9 was pertinent; in fact after looking into it she had 9 children as shown in the pictures.

The circle felt buoyant.  The next spirit to speak came through with joy.  A boy who talked of having the sniffles and a bad leg.  He wanted to say hello to the circle and speak of improving health.

The table looked like it was shaking.  The top moved and vibrated.

The Blitz, world war 11 and Bethnal Green were also mentioned.The green band came up above the curtain.  Following this the chairs started to shake.  A few of the sitters all felt the chairs wobble.  Now, with the help of research, it can be written here that there was a mass crush on the Bethnal Green underground which was used unofficially as an air raid shelter during world war II.  This incident caused a numerous loss of life, many of these were small babies.  The crush happened and there was a hushing up of it.  And in 2007 there was a memorial errected.

As the circle was drawn to a close the closing words were said.  The lights were slowly switched on. The ring was searched for and found in an upright position on the floor which was odd in itself but also it was standing in between the corners of one of the plastic chairs.  Both its movement and where it had landed was physically impossible; a test was done where the sitters tried to recreate its drop from the table but each time it landed on its side.

Pics are of self portrait of Queen Victoria, the Queen and her 9 children, Chief Red Cloud and Bethnel Green.