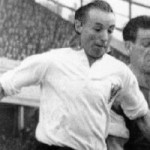 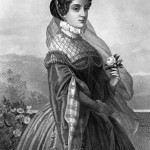 Attended the Northdown trance and physical circle on the Monday 14/11/2011.  This was the circle which until it actually started felt exciting, oddly unique and taught, and when the circle started to commence these feelings developed and took shape.

The objects on the table were the toy car, the two trumpets and a pair of glasses.  Under the table was the native American mask, the two larger dolls, separate from the small doll on top of the table, the paper and pencil, and placed within the box of the red light was the noted candle.

On this occasion, the candle was lit and stayed aglow.  This candle was placed within the confinement of the red box and gave off a massive amount of light.  The curtains were tightly drawn and pegged, the door was ensured closed and as the members took their seats the opening words were read and then the light was turned off.  Surprising to see in the dark room and without the aid of the red light the room was very lit up.  The candle flame was perfectly still.  Yet the room seemed awash in light.

The members all went down into trance.  The room did not differ in temperature until ten minutes into proceedings upon which a cool and icy wind could be felt from below the knees down.  This temperature flux started roughly as the drumming wound down.  Members could feel tugs on their lower leg and footsteps could be heard going round the circle.  It was just as the taps also started on the surrounding area that the first medium went down into deep trance and made a noise.  Upon opening his mouth, the spirit started to address the sitting.  Wanting to speak about meditation, the spirit started with words to state that people do not feel as part of spirit as they could, the need for relaxing and clearing the mind is necessary, instructions which are given with a modern take do not always convey the meaning.  It is practically impossible to meditate fully in a relaxed state if one feels empty of everything; you can not empty your mind or else there would be nothing there, at this point the spirit guide tried to make his point empathetic, a meditation is based on relaxation.  It is this clearing, not emptying which helps to improve the condition of meditation.

There was a boost of energy which endevoured to bring a number s of light phenomenon into the room.  A whole host of spiritual presence occupied the circle.  The room felt busy as the familiar white mist started to take over the sitting.  The mist is more importantly what appears to help to form the faces and shapes of the entities whom visit the circle.  Looking more closely, studying its form, it seems to be made up of a lot of particles.  Little orbs of blue, Royal blue, also flashed.  This light phenomenon was witnessed by practically the whole number of sitters.  It was with this white veil thickening to the point that the medium sitting in the corner could not be seen any longer, it also seemed to get darker. As I am writing this and trying to convert into words what was happening in the right corner of the room my laptop has just decided to indent this whole paragraph to the right hand side of my screen.  Aptly amusing.

Getting back to events in circle, it was at this point, that numerous people were seen from the early history of England’s noble fellows.  The Georgian and even earlier eras seemed to be the chosen stage from which entities showed off the costume and shared some fragments of thoughts.  In words, the circle was gifted to receive, visitation and speech from two female noble figures, who talked to the sitting with ease.  Happy to have witnessed the proceeding of circle, they laughed about how enjoyable it was to watch and be part of something that the members were talking about and partaking in.  The taps and sounds on the surfaces in the room by this point were huge.

There was a shift in the circle and it was then that Maritime seemed to become important.  As the sailors, the Brigadiers and the Captains came into the circle so too the red light seen dipped.

The candle was also behaving in an odd fashion.  It was as the light in the room seemed to dip and then light up that attention was drawn, to a flame which seemed to get thin to the point of going away and then fattening out.  It was astonishing.  Then the words floated into the circle The light in this circle is far too bright, it makes it hard for us to be seen; the light is far too bright and we are endeavouring to put this right.  As this was said and no sooner then we could process the candle flame started to dim.  More and more until there was hardly anything else.  It was at this point that the red light was switched on to take over from the candle.

It was as one member saw the animals entering circle, that one medium started to note what it was.  A toy or minature poodle which one other member knew came into the circle and then it was yet another who felt a tug on the shoe and the accompanying explanation that it was a puppy and playful which explained why the entity made a small grab for one of the member’s shoes.

The chairs also wobbled.  It was astounding as the chair started to shake and a heavy electric wheelchair belonging to one sitter actually wobbled.  The movement was followed by sounds on the surrounding area.

The next spirit to help activity was native and spoke with his name Mustafa.  Next, the spirit to show sports and came with name of Stanley Matthews.  This I have to say is extraordinary.  After seeing football and the name Stanley Matthews 1940s, it was enquired who he was and one of the other mediums explained he was Sir Stanley Matthews and that yes he did play football in the 50s.  No, it was adamant though by spirit, that this footballer was active in 1940s.  Alongside this were also magical links.  Spirits showing cloaks and hats.  This did not make complete link until now when research has been taken into account.  It is that Sir Stanley Matthews, 1st February 1915 – 23rd February 2000 was regarded as one of the most perfect English footballers and was knighted.  He was active in 1940s as he was 19 years old.  At 19 he was playing for the Potters, he also played for Stoke City making history in 1932.  What is astounding is that Sir Stanley Matthews earned the nicknames of “the magician” and “the Wizard” which is undoubtedly a link to all the magical references.  Sir Stanley Matthews also made his appearance to circle as he went straight to playing football from school at the age of only fourteen, just the same age as one of the other boy spirits who loves football and regularly visits circle, it should also be said that this footballer who won over so many caps also played and was one of the first to win at International football of which tonight a game is being shown on television.

At this point in circle there were native American spirits who visited circle, with the name of Two Tone and particular children.  One gentleman spoke to circle and gave words to talk of how enjoyable and calm the energy was.  Followed by a message to look out for something.  The circle felt an excitement.

The next spirit to converse spoke through another medium, quick to say that we should watch out for something.  The circle were awe struck as the wind chime above head flew up.

In circle it is important to note that as with eras, the next stage was taken up with Tudor.  A lady was seen believed to be Anne Boleyn and also King Henry VIII and Queen Elizabeth 1st.  The lady believed to be Anne Boleyn was in a snug red dress and without knowing each of these spirits appeared to different members.  It was following this that some research has been carried out to state that the word Bay of Biscay and the number of ships could also be representation of the naval.  The naval influence and the fleet of ships which were so prominent at the reign of Queen Elizabeth.

There were many ships seen in circle; and there were up to 200 which were used in the invasion of England during this time.  As circle was carried out it is important to note that this account shows a number of coincidences and possible explanations for why the Queen Elizabeth 1st made a visitation to circle.

Another occurrence is that the first Queen’s motto was video et taceo I see, and say nothing; now this is oddly similar to the spirit who spoke through one of the other sitters and said that she enjoyed being present in circle to watch and not talk.  It is also worthwhile to note that on television the media will be highlighting a programme on the Royal family on the actual day of the taking throne on the 17th November, 2011, hundreds of years ago this marks the day that the first Queen took rule of England and also why without knowledge of this the link was brought up and shown in circle.

Amongst the names were also Mary queen of Scots and Augustus, which after some research can now be cleared as The Spanish fleet of ships which took place in August.

After this the visitation was vastly different, many energies were gathering.  There was a happy contentment in the air.  Members were in deep trance as the tickling started on member’s fingers and legs.

As the energy differed the circle was drawn to a closing.  It was at this point that it was noticed something had happened outside of the room in which circle takes place.  Lighted up there had been a number of incidents which had sparked alarms to go off and security systems to go on.  This concluded this circle and provided the most special account.

Please note that the pics above are of Sir Stanley Matthews, King Henry VIII, Anne Boleyn, Queen Elizabeth 1st and Mary Queen of Scots from left to right.