A letter from spirit. 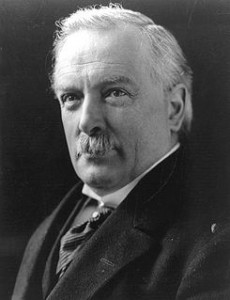 Attended the Northdown trance and physical circle on the 13th November 2012.  On this occasion the spiritual circle had to be held on a different day to usual and was sat on the Tuesday evening.  It was a circle which was to complete an understanding of spirit’s actions and was to answer a heatfelt plea from one sitter on the subject of spirit and how much of an awareness they have on the activities which happen after their passing to spirit.

The first part of the sitting was opened in near absolute darkness.  The only light was from a red box stand in the corner of the room.  It was only a small amount of light which was showing and so with the words used to start the circle members felt the room increase in heat.  A suffocating heat and warmth began to descend almost immidiately after the opening of circle and a white ethereal type of smoke took hold making it difficult to see other members in the circle.  The spirit energy rose, members could see and sense other bodies in the room as though suddenly a small circle had become vastly populated.  Cracks could be heard all around the room.  Then upon members talking about the sounds it seemed to validate it and the sound of tapping started on one of the chairs preceeded by a rocking and shaking of the same seat.  Next, spirit brought through a name, only it was difficult to decipher at first because it was only by these two words of Horatio and Herbert which became known.  Then a face made itself plain on the wall and it was one gentleman with moustache, his features were firm but astute and with one word beneath his face.  The word was Kitchner.  It is thought the word and name beneath his picture refers to one Lord Kitchner, the 1st Earl.  He was a field marshall.  He had the titles, KG, KP, GCB, OM, GCSI, GCMG, GCIE, ADC, PC.  He was born on the 24 June 1850 and passed on the 5th June 1916.  He was an Irish-born proconcul and won his fame for his imperial campaigns and his central part in the early formation of the first world war.

The war seemed to be developing as a subject for the sitting.  Scenes were shown which relayed images of battle.  Guns were shot and held aloft by spirit.  Relatives from the same era of WW1 made an appearance actually talking to their loved ones who were sat in circle and then another spirit came in to state the words David Lloyd George, 1st Earl Lloyd-George of Dwyfor.  He had the titles OM, PC and he was born on te 17th January 1863 and passed on 26 March 1945.  He was a British Liberal politician and statesman.  He was Prime Minister of the United Kingdom and led a Wartime Coalition Government between the period of the 1916 and 1922 and was the leader of the Liberal Party from 1926 to 1931.

It did become evident that spirit wanted to refer to the War.  It was later discussed and this link went further as many of the other entities who came to speak also had important roles during the War.  That historical frame was one where many lost their lives in circumstances which were beyond their control.  What was intriguing was the sense of smell which was evoked by spirit as the members held the circle.

A sweet type of scent spread round the room and at first members could not quite place it.  But a few moments later one of the energies came through with his name and spoke directly to one of the sitters and that same person was radiant with joy as he knew that his grandfather who served in the War also loved a type of tobacoo which had a sweet smell of exactly the same variety which was laced around the circle.

War imagery was flashed through the circle.  Lloyd George with his full form from chest up was seen.  Generally he is best known as the highly energetic Prime Minister 1918 to 22 who guided the Empire through the First World War to victory over Germany and its allies.  He was a major player in the Paris Peace Conference in 1919 and that recorded the reordering of Europe after the Great War.  As an Icon of the twentieth century liberalism, he is regarded as the first man of the British welfare state.  He made a greater impact on British public life than most individuals in his position.  It has been stated that he was noticed more than any other twentieth century leader, thanks to his leadership of he War, his post war role in reshaping Europe and his introduction of the British Welfare system was vital.

He is also so far the only British Prime Minister to have been Welsh and to have spoken English as a second language, it was the importance of Welsh being his first language which also tied him into the circle, it was important because the second theme spirit wanted to bring into play was that of having either been brought up or having a Welsh sense of pride.  Lloyd George was voted the third greatest British Prime minister of the twentieth century.  This was his status given from 139 academics organised by MORI, and in 2002 he was name amongst the hundred Greatest Britons following a Uk wide vote but more than this was his shown identity in circle with his alignment to Wales.  The spirit to come following this to the sitting was first introduced by the name Sir Perceval.  Not much was known about him by the circle.

Perceval or Perceval is one of King Arthrur’s legendary knights of the Round Table.  In Welsh literature his story is allotted to the historical Peredur and the tales.  He is most famous for his involvement not only as one of the founding gentlemen in his involvement in the quest for the holy grail.  As became clear in circle it was his involvement not only as one of the founding figures to be talked of in Welsh culture which made his spirit essence at that moment so apt but also because he was brought up in the welsh woods by his mother until the age of 15.  This was according to folklore.  It was an enticing fact to behold as both spirit who were placed years apart in their lives still wanted to show their bond for their birth county and come into circle.

Spirit had been holding on till mid legnth in proceedings to bring about one more stage.  On the previous eve one sitter had asked for a particular loed one to come through and it had not been for no reason but because the activity she had been engaged in was something that the person in spirit would have been extremely fond of and she wanted to know if the spirit knew what had taken place.  It was a couple of hours into the circle when one of the sitters started to move abnormally in their stance and seemed to bend over and was uncomfortable.  The same person then became agitated saying that they had pain in their legs and felt a feeling of confusion.  At first nothing was said by the two people who knew and had seen the symptoms in the same person they had known and was now in spirit.  The next few minutes were critical as they showed more evidence of spirit.  More information came about the same person.  The medium in circle was half in trance and so she talked to the people sitting opposite but it came through in the same tone of voice used by spirit, which had been adopted by the loved one along with her turn of phrase.  It was the same spirit who had been asked to drop in only the day before.  More information was given to the two sitters, habits only known to them and talk about her last days along with her feelings of discomfort, physically she became a copy in life of the lady who had gone to spirit.  It was sensitive, emoitional and more than this showed an inter related knowledge about what was occuring and could show their sights and sense of it.

The circle was physically one that brought over memories, cherished incidents and with the fluctuation of the electric equipment and brushing past of individuals in spirit against the sitters it became one circle never to forget.

The spirit who came did so when a letter which would have been one which she had a link to had been sent only hours before.  It served to enhance the sense she still had for the letter and her words captivated the listeners about the past, her release from illness in spirit but also the past she shared with the two sitters.